Mariachi Band from Albuquerque, NM - Will travel up to 500 miles
9
24 VERIFIED BOOKINGS
MEMBER SINCE 2010
ACCEPTS ONLINE PAYMENTS
$400 - $4000 per event
ACCEPTS ONLINE PAYMENTS
VIRTUAL SERVICES OFFERED
Mariachi Tenampa's history begins in Santa Fe, New Mexico, located in the Southwest part of the United States. In 1971, Don Miguel Ojeda Sr.-- originally from Carachéo Munícipio de Los Leónes, Mexico-- settled in Santa Fe along with members of his group in hopes of finding better work opportunities. Don Miguel Ojeda Sr. formed and directed this group along with his brothers Elias Ojeda and Antonio Ojeda, his two sons Raul Ojeda and Miguel Ojeda Jr., and 4 additional members. It wasn't long before the local New Mexicans discovered and appreciated this talented group. Mariachi Tenampa quickly gained popularity throughout the state and quickly became known as the best mariachi in the region. The members of this new group had found a new home and were welcomed with open arms into the state of New Mexico, the beautiful "Land of Enchantment".

The name "Tenampa" was chosen while the group performed regularly at a bar called "El Tenampa", located in Santa Fe. This bar was named after the famous "El Tenampa" bar located in Plaza Garibaldi in Mexico City. Plaza Garibaldi is known as the mariachi capitol of the world, and is the home of hundreds of mariachi musicians who work there at the local bars and restaurants, or whom gather there to await drive-by customers to hire them to perform for their festivities.

Don Miguel Ojeda Sr. continued to direct the group until 1986, as they continued to rise in popularity. By this time, Mariachi Tenampa had become well known throughout the entire Southwest region. As the late 1980s approached, the group often performed more in Albuquerque than in Santa Fe, and found it necessary to relocate to Albuquerque, just 60 miles South of Sante Fe. To this day, Albuquerque is the home town of Mariachi Tenampa.

In 1987, Mariachi Tenampa reorganized under the direction of Alfredo Gurulé. Alfredo made major changes to the group's structure by adding new members and transforming the group into a full-time professional career for all its members. One year later, the popular Mexican food restaurant chain named "Garduños" discovered the talented group and immediately hired them to perform at several of their locations on a regular weekly basis. Often they performed 5-7 days a week, between two locations. During the 16 years that they performed at Garduño's (1987-2003), it is said that Mariachi Tenampa played an important part of popularizing the restaurant's stellar reputation among locals and tourists alike.

The 1990s brought yet more work and fame for the group as they started traveling and performing regularly throughout New Mexico and around the United States. They have performed in many states around the US including; New Mexico, Colorado, Texas, Arizona, Georgia, Michigan, Washington D.C., the island of Guam, and even as far away as Greece, on the island of Mykonos. In 1994, Mariachi Tenampa was selected to perform for the Smithsonian Institute's Museum of Natural History in Washington D.C., to represent the Mexican culture of the state of New Mexico. Although the group was still based in Albuquerque, they found themselves performing regularly in Santa Fe once again. In 1990, Mariachi Tenampa became the official mariachi of the annual historic Santa Fe Fiesta, and still performs yearly for the week-long event, which takes place every September. They are also considered the "padrinos" of the Santa Fe Fiesta Council Youth Mariachi Conference, which was established in 1998. This conference was organized by the Santa Fe Fiesta Council to promote the preservation and education of mariachi music to the younger generation. Mariachi Tenampa provides music and workshop instruction for the three day event, held annually in March.

That same decade also brought forth many recording opportunities for the group. Many local artists wanting to record with a mariachi group have sought out Mariachi Tenampa to provide music tracks for their recording productions. Mariachi Tenampa has performed on more than 30 recordings for various artists in the region. Among the most well known are those recordings of the female vocalist group Sparx and male soloist Lorenzo Antonio. Mariachi Tenampa also produced three of their very own CD productions in this decade, titled; "Canciones De Siempre", "World Tour" and "Mariachi Tenampa Le Canta A Jalisco".

Mariachi Tenampa, as we know them today, consists of nine members with a modern instrumentation setup. The guitarrón, the "heartbeat" of the music, providing its deep sonorous bass lines; the small hump-backed 5-string treble vihuela, which provides the rhythmic strums and chords; a normal classical guitar, adding more dimension and depth to the rhythm section; four violins, which act as both melodic instruments and counter harmony background; and two trumpets, which serve as the main melodic instruments, projecting the sound of the group into the future. Mariachi Tenampa's repertoire consists of well over 400 musical pieces, and includes many styles from various regions of Mexico, including sones, huapangos, rancheras, boleros, corridos, cumbias, joropos, and even contemporary classical pieces. The achievements of Mariachi Tenampa are great and have garnered them recognition as "New Mexico's Premier Mariachi". They continue to hold high standards in every aspect of their performances.

In the new Millennium, Mariachi Tenampa continues to excel forward, providing many local establishments, private individuals, mariachi conference organizations and air waves with their harmonic and energetic music. They strive for excellence in every performance and aim at conserving the most beautiful music in the world for future generations. They keep the tradition alive by educating new generations of the true importance that mariachi music holds in our culture.

Best decision ever to hire Mariachi Tenampa. They are easy to work with, arrived on time and the music was simply wonderful. All are highly skilled professionals with a vast repertoire. Highly recommend!

Mariachi Tenampa was amazing. They were very professional, easy to work with and accommodating. They performed a wide range of songs for my mom's funeral and each of the guests at the reception complimented them. I would hire them again hopefully for a more joyous occasion. I would highly recommend them to anybody looking for a great and amazing mariachi group. I appreciate them! 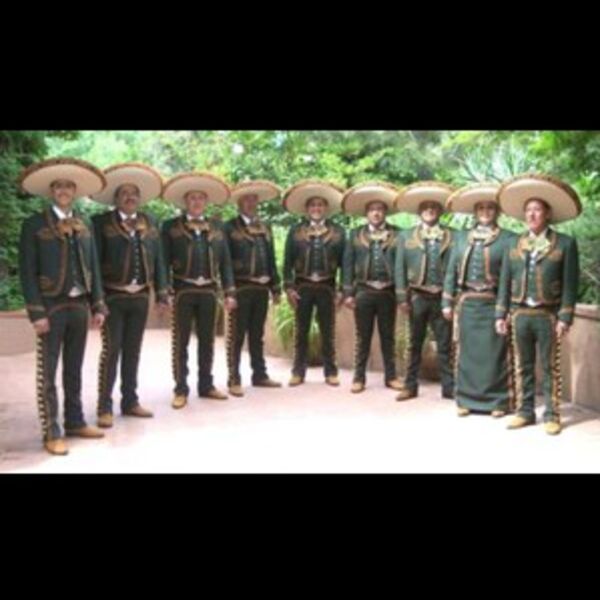 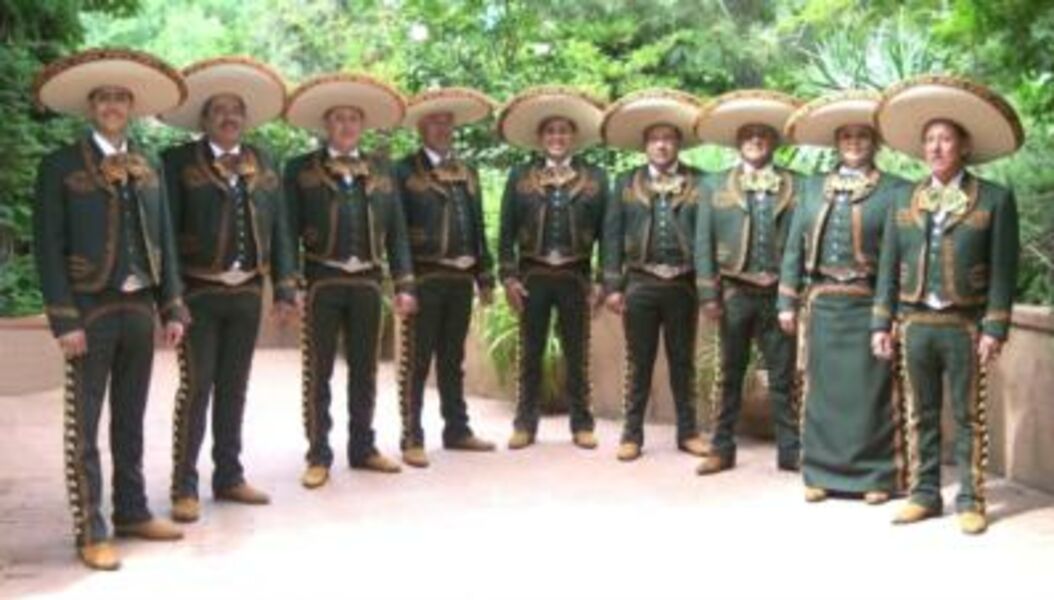