Cover Band from Seattle, WA - Will travel up to 100 miles
25
35 VERIFIED BOOKINGS
MEMBER SINCE 2012
ACCEPTS ONLINE PAYMENTS
$500 - $5000 per event
ACCEPTS ONLINE PAYMENTS
VIRTUAL SERVICES OFFERED
Add a touch of class to your event by hiring the seasoned pros of the award winning Groove Kitchen Band. We are a high energy dance band with an accent on Classic R&B. What you get is world class vocals and monster soloists presented in a tight entertainment package. We are Groove Kitchen because we are the groove masters. We know how to make you feel good and get you and your friends up dancing.

We take pride in giving you what you want. Our large song list contains time tested hits that other dance bands might play. The key word is "quality". Our broad backgrounds as music educators, recording artists, and veterans of thousands of stages mean that we can do what others can't. And we do it with a style that comes from long experience. For this reason we go over great at parties and weddings because we've got something for everybody.

Jazz: Lot's of our GigMasters clients have wanted jazz. So I have added some recent live video of us in jazz configuration. We are one of the few bands that work both as a jazz band and/or pop band. That's why we can give you dinner jazz, then magically transform into a dance band and rock the house down! Depending on what clients want, we have also been known to throw in some Latin, Reggae, ballads, blues, and a country tune or two.

We are all working musicians, so as individuals we play with any number of different bands. I created this band because I wanted something that was more interesting than your average dance band. I wanted an excuse to blow people's minds.

Ed Mays: I power the band. In addition to drums, I sing lead and backup. I started playing professionally as a teenager in 1971. Soon, I began playing in jazz and marching bands. I spent much of the 80's touring the country and Canada playing in various hotel and show bands. Taught that a musician should be able to play anything, I developed the technique and broad stylistic background that also serves my students well.

Stacey Israel Owen: Stacey gives the band elegance. She honed her skills singing gospel from the time when she was a small child and has spent much of her life in the studio. She regularly blows my mind. And as it turns out, I'm not the only one. Her astonishing vocals and stunning looks had attracted record company interest at an early age. They invested a lot of money in her. Search for: Stacey Israel- "I Wanna Do Ya". She is a prolific song writer and has made many records.

Yogi McCaw: Our piano man gives the band depth. A composer and recording artist, I first met him 10 years ago when I stepped outside and heard Salsa montunos coming from his house across the street. At the time I had been looking for somebody who could do that, so I hauled off and joined his Latin jazz band. Soon, we were in the studio making a record. This morphed into a world music project recorded on two continents. Thanks to the record company, some of these tracks got film credits. I wasn't ready for the wild ride that ensued. Yogi and I played in several reggae, numerous jazz, Blues, African, world beat, fusion and even East Indian bands. This long experience gives us what I call "musical equity". We really can play almost anything.

Jude Contreras: Jude gives the band variety & panache. A monster lead man and skilled rhythm player, Jude can rock the house all by himself. He knows enough songs to sing all night. This makes him in demand as a side man and studio player. What I like about Jude is that he is on the same wavelength. He seems to go out of his way to pick the "sleeper" songs that are really cool. A couple examples are the Paul Simon song "Late in the Evening" and the John Mayer song, "All Stitched Up".

Marvin Shields Jr.: Marvin gives it solidarity. It's what you need from a bass player. He's got that "thumb pickin' thang" and he's got awesome ears. Like the rest of us, Marvin has spent a lot of time free lancing. He's in high demand and I think it has something to do with an uncanny ability to cover his parts even when he hasn't the slightest idea what he's doing. He's been with us for a year and a half now, so I think he knows what he's doing. But if he doesn't, we'll never know. He also has impressive solo chops and sings nice back up harmonies. –Just the guy I've been looking for!

This is the basic dance band package. For more players please see "Group Members". We aim at the event market which includes parties, weddings, concerts and festivals. We go over great in clubs and casinos too. We play all size events and if you like the full band sound a la James Brown, for a little bit more, we can easily add in a horn section.

Groove Kitchen is an absolute gem!! The band offered us a spectacular show during our corporate happy hour event. People normally leave when food runs out but many of them stayed towards the very end solely because of their intoxicating music! The band members played seamlessly and knew their way to interact with the crowd. The vocal of their lead singer Stacy was STUNNING. We all very pleased to have Groove Kitchen in our house and we recommend them to anyone who wants a great party experience!

We booked Ed May's Groove Kitchen for our company holiday party and they were incredible to work with. The band we had originally booked cancelled last minute, and even with short notice Ed was able to get his band together and provide top notch entertainment. They are all extremely talented musicians and performers- Stacey was able to get some of our most reserved employees dancing! I would definitely recommend booking Groove Kitchen if you are looking for professional, fun, upbeat, and quality music.

The Groove Kitchen band was fantastic at our event. They were spot on for the sound level of the room, played well to the guests, and were extremely talented. I would highly recommend this band to anyone looking for good music at their next event. 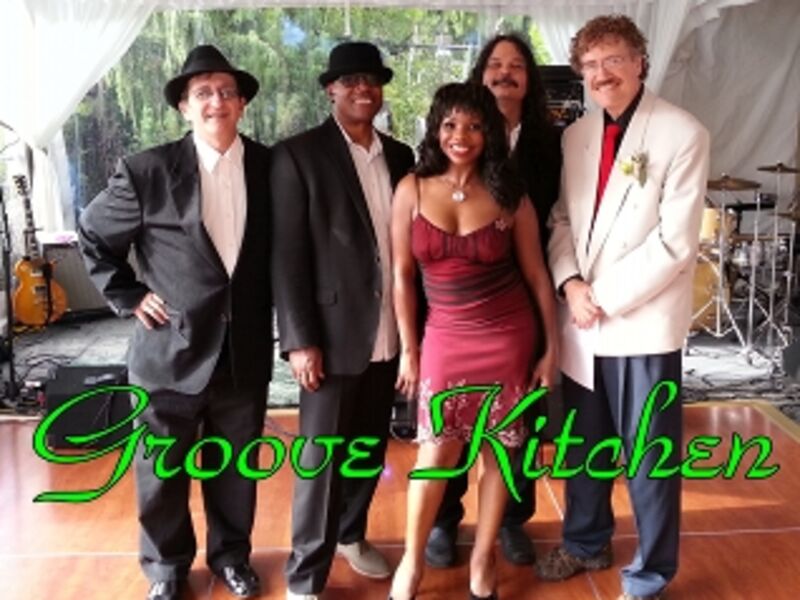 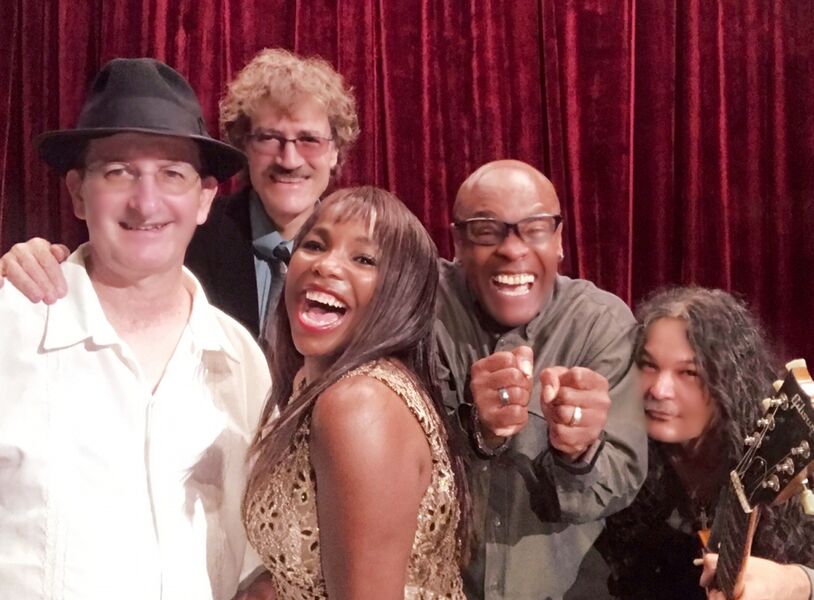 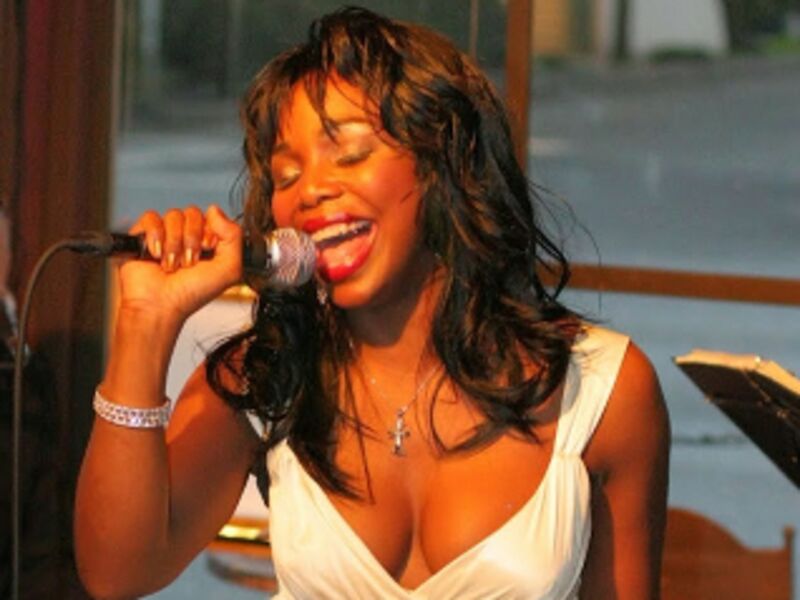 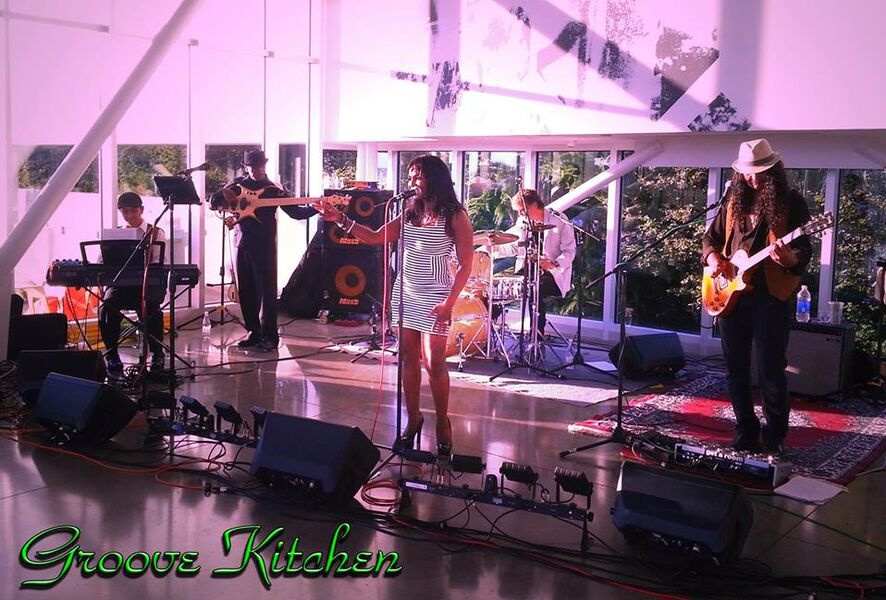 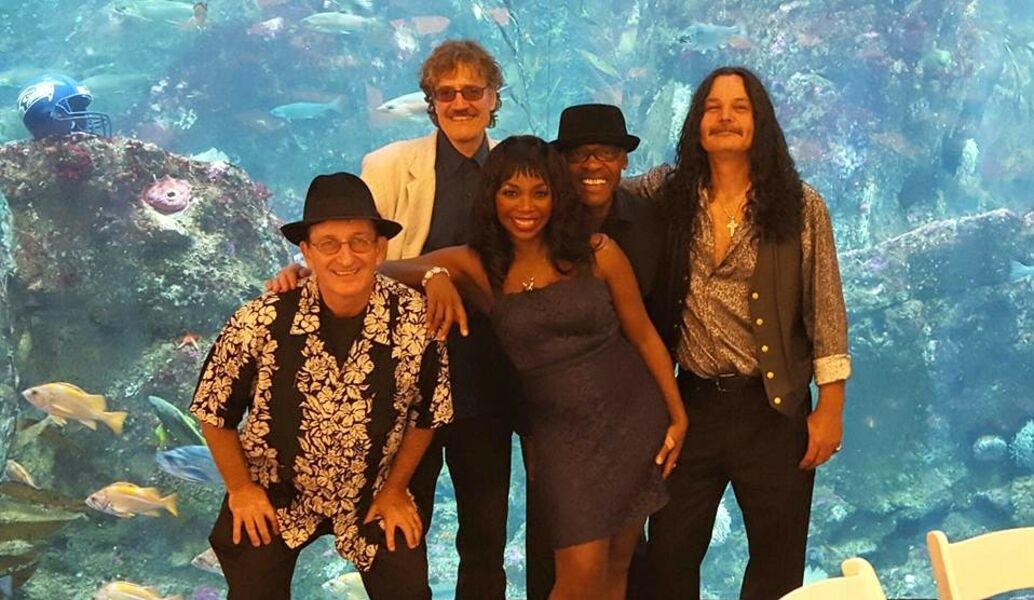 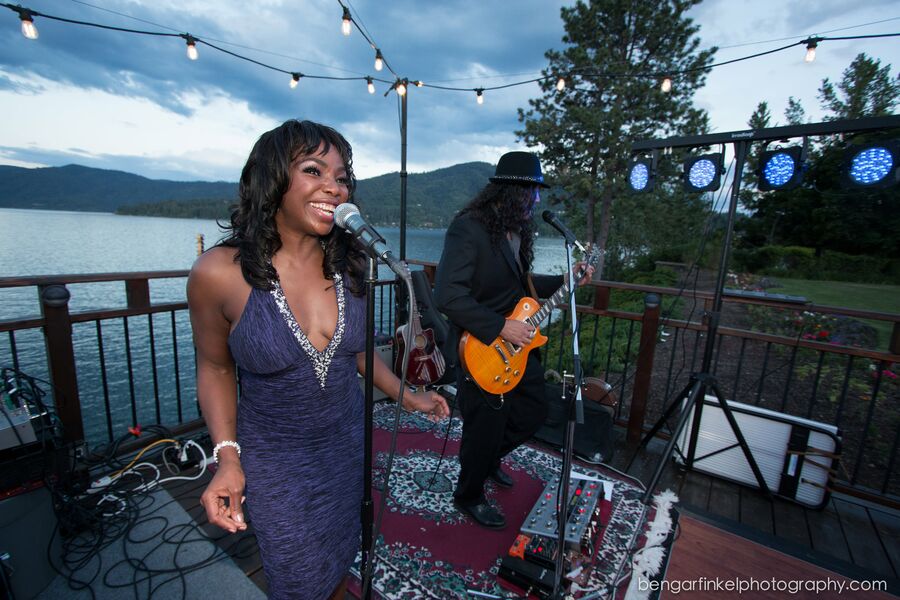 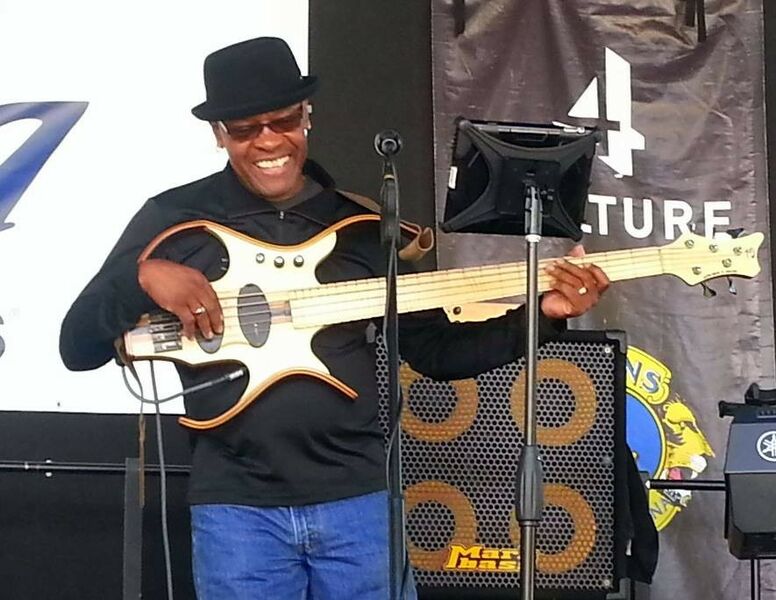 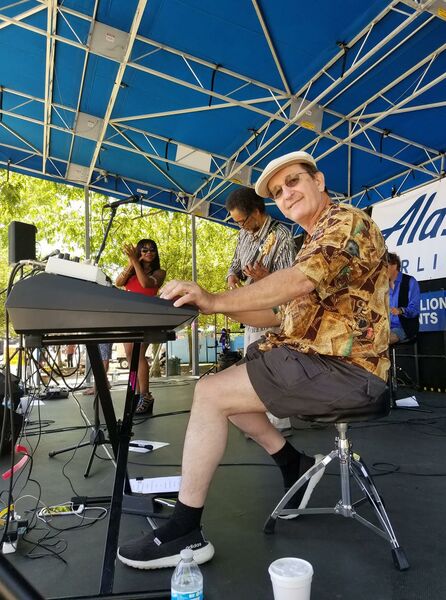 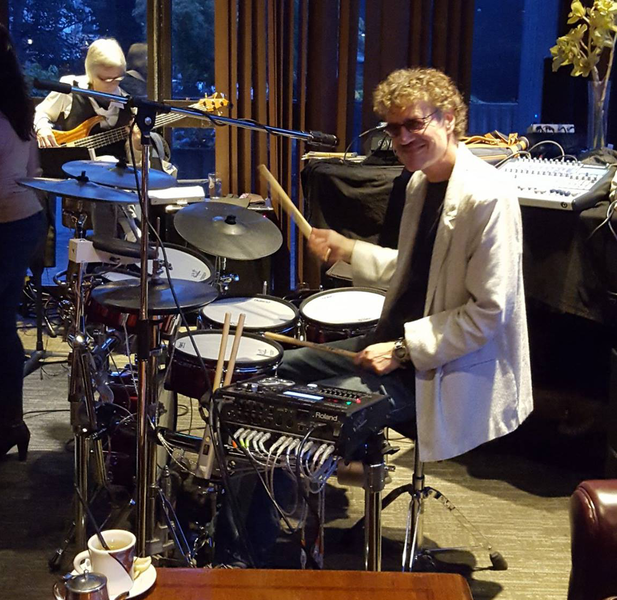 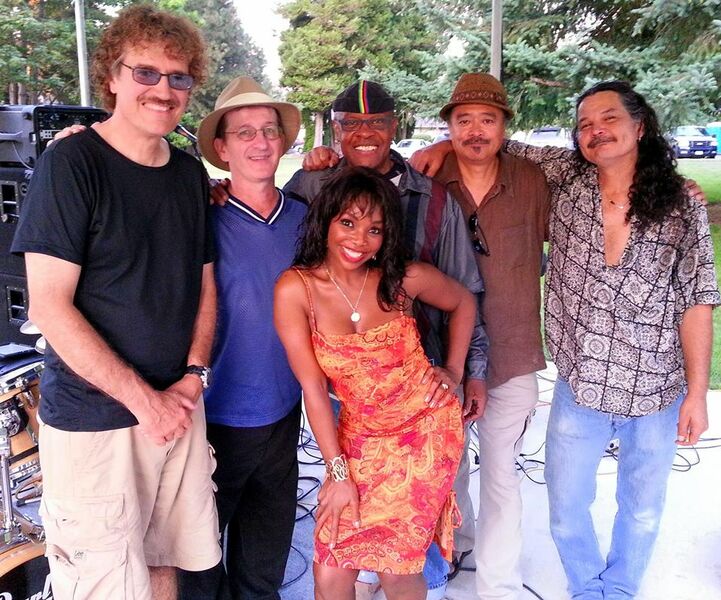 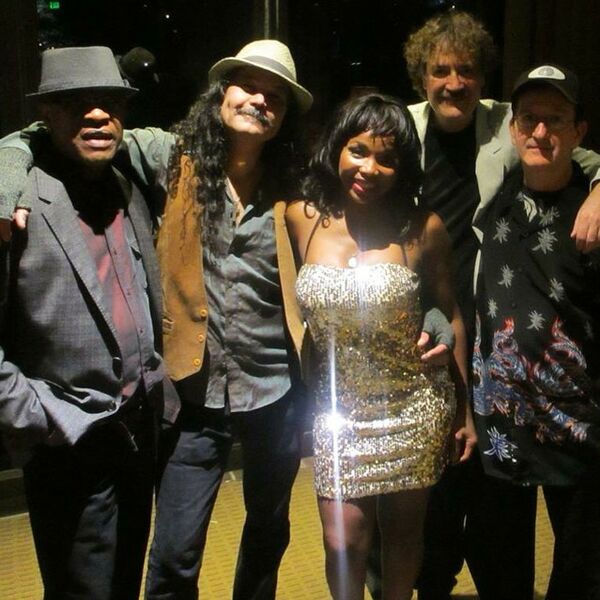 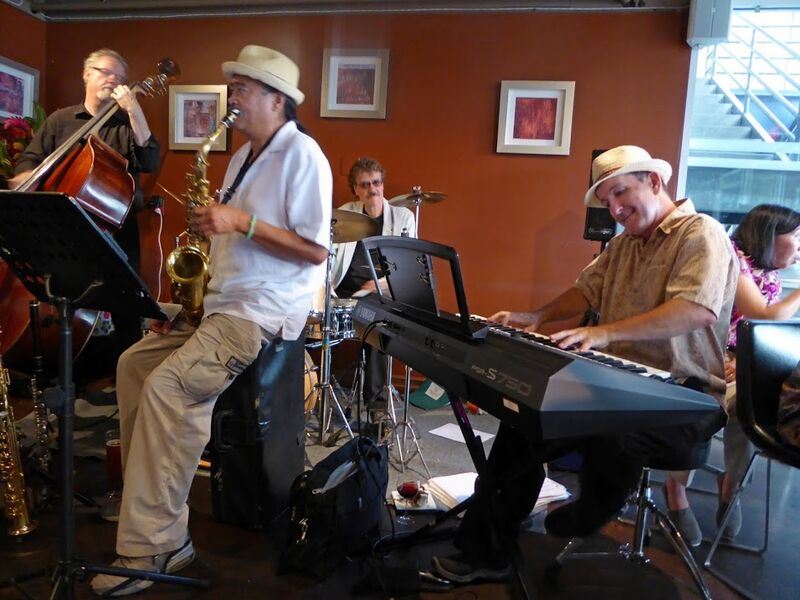 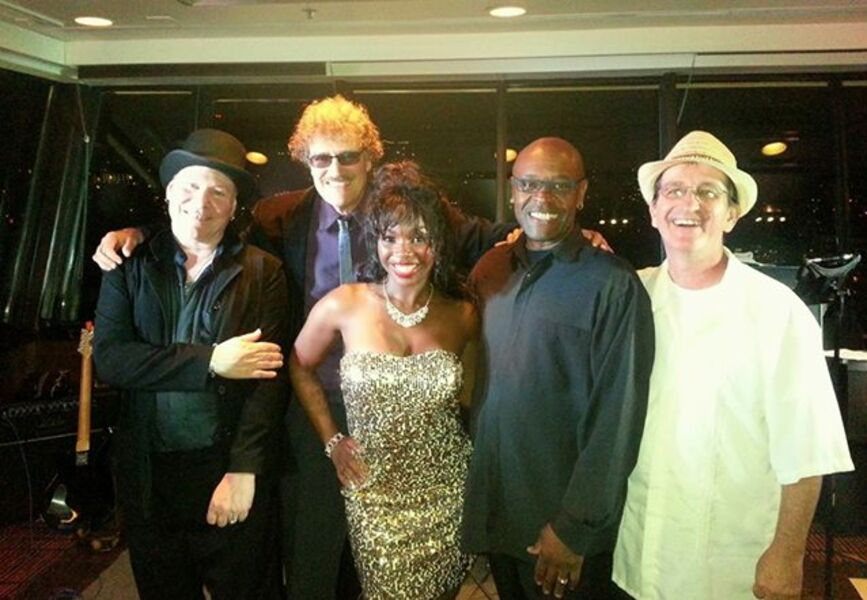 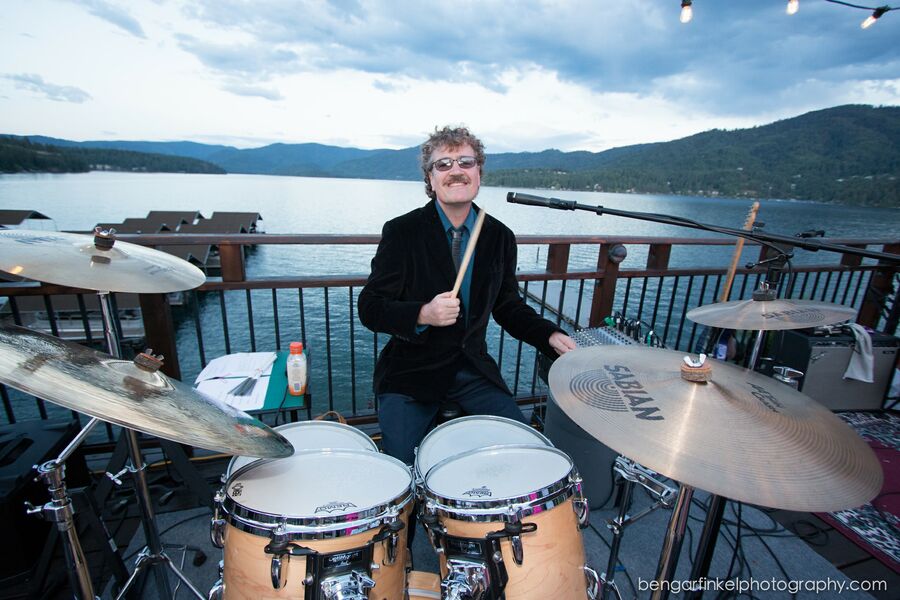 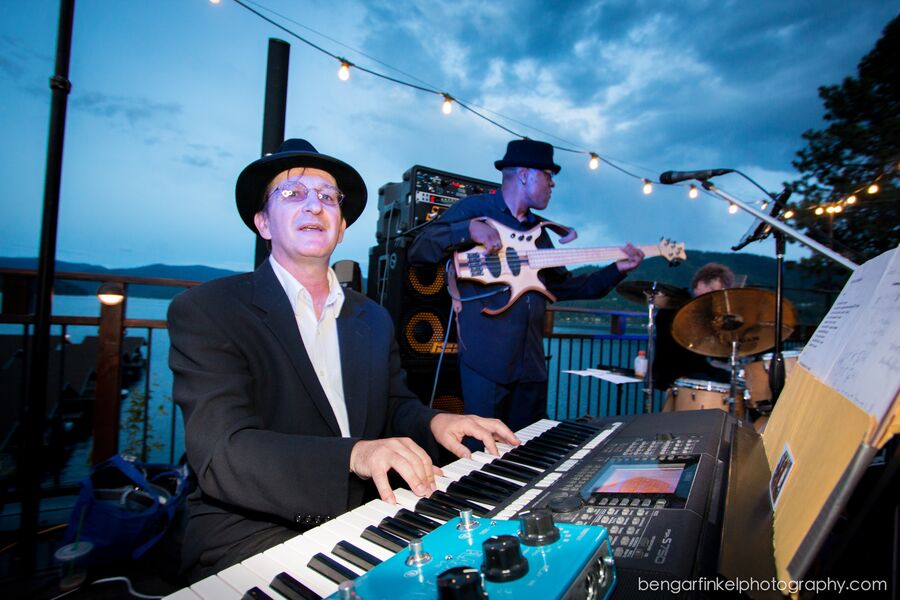 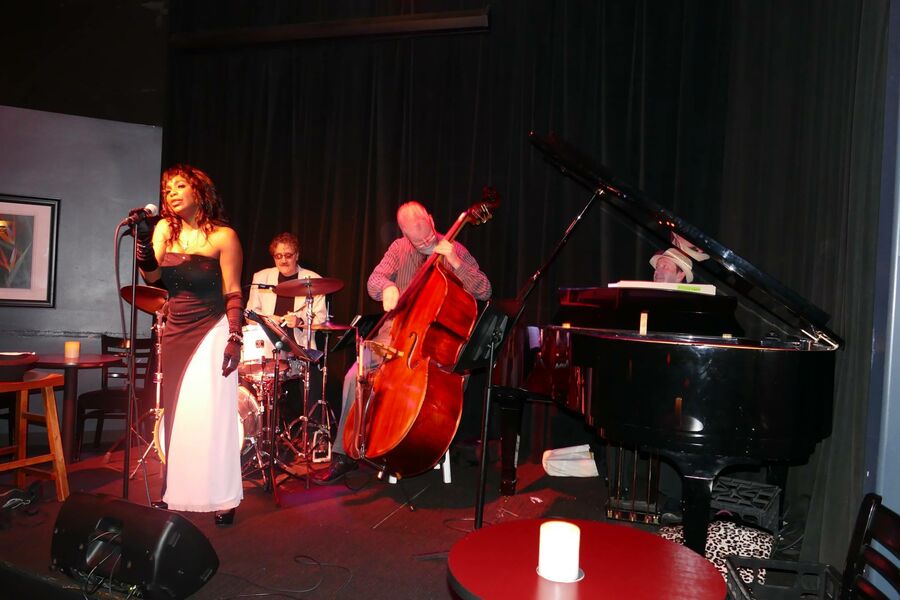 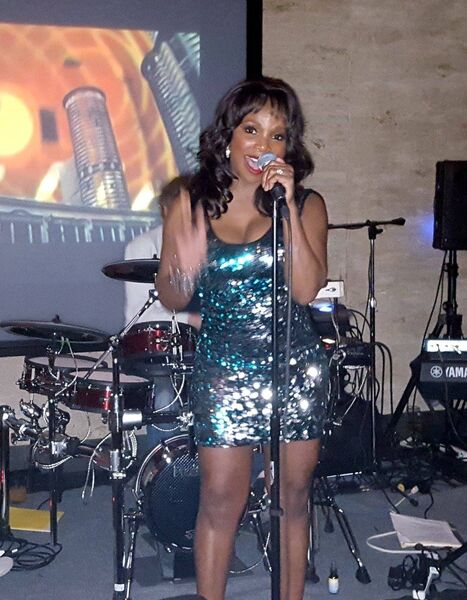