Blues Band from Newtown, CT - Will travel up to 3000 miles
4
5 VERIFIED BOOKINGS
MEMBER SINCE 2004
$800 - $10000 per event
Scarlett Lee Moore is a singer/entertainer/band leader with an international tour band having opened for or performed with: Ray Charles, Rod Stewart, Jose Feliciano, Richie Havens, John Hammond, Lily Tomlin, Average White Band, Jeanie Bryson, Denise Jannah (Netherlands), Maurice Hines and more. A crowd pleaser for all types of events, her repertoire mixes original & covers of traditional & contemporary Blues, Jazz, R&B and Funk cover tunes and originals. She maintains information on her acts at both of her websites: slmband. c o m and scarlettfever. c o m -- feel free to see these websites for video and other information. Scarlett is an international entertainer/recording artist with a background in music and theatre performing arts based in Fairfield County, CT -- she won Best in Blues 2005 in Fairfield County Weekly's Annual Reader's Poll. Her repertoire is as diverse as the many musical styles with which she works. Her primary project is band leader of The Scarlett Lee Moore Band, but other projects include Scarlett Fever Duo all the way up to featured female vocalist with the 18-piece big band from New Haven, CT called The StarDusters. She manages a balance of diverse and eclectic repertoire including traditional and contemporary blues, jazz, with selected numbers in the genres of funk, folk, R&B, country, & bluegrass. Artists whose styles she's been compared to include: Nina Simone, Norah Jones, Etta James, Al Green, Bill Withers, Keb’ Mo’, Bonnie Raitt, Tracy Chapman, Stevie Wonder, and others. Scarlett's raspy voice is described as sexy and gritty, and is one which is distinctly her own and easily recognizable. Just as notable as her distinctive sound is her on-stage performance which audiences often describe as stimulating and highly interactive.******
Scarlett has opened for and/or appeared with: Ray Charles, Rod Stewart (for the Rosie O'Donnell show), Lily Tomlin, Jeanie Bryson, Jose Feliciano, Bernard “Pretty” Purdie, Michael Carr (U.K.), Kevin Mahogany, Coleman Mellett, Sugar Blue, EC Scott, “Kuumba” Frank Lacy, Bobbi Humphrey, Glen Burtnick, Kenny Neal, Denise Jannah, Bryan Lee, The Holmes Brothers, Little Buster and the Soul Brothers, the Funky Black Widow Band, the VooDudes, Slam Allen, The Fins and others.
****** Scarlett’s mission is to promote American music around the world. She has successfully toured Europe, Asia, the Middle East and remains active on the international music scene.******
Scarlett recently released her 2nd CD which was recorded in Europe and titled “Scarlett Blue in Belgium” and like her first CD release entitled simply “Scarlett” both recordings feature original compositions written by her songwriter Connie Bryson.******
Depending upon the Gigmasters event, Scarlett works in association with other artists regarding jazz work, funk work and other specific projects. Her Jazz partners are jazz vocalist and daughter of the late jazz trumpeter Dizzy Gillespie -- Jeanie Bryson and her husband Coleman Mellett (lead guitarist with Chuck Mangione). Both Jeanie and Coleman bring a combined expertise and performance in the jazz world of more than 30 years, and join forces with Scarlett whenever they can when Jazz and Blues is the desired music of the event.*************

My husband and I were thrilled with Scarlett's performance for our small wedding reception. We asked Scarlett to perform two Etta James songs and she added them to her repertoire just for us. It was obvious she enjoyed singing both songs, in fact, every song. Scarlett is very charismatic both on and off the stage. Her warm enthusiastic energy added to our special day. I highly recommend Scarlett for your event. Thank you for a day that will be long remembered with joy.

Scarlett and her band made our event a wonderful one. Our guests had a fabulous time and the proof was our request for them to perform an overtime set of material. We would definitely hire them again and would recommend them to others. We love reggae and their choice of material was exactly what we ordered. Thank you Scarlett.

A month before my wedding the lead singer of the band I had originally hired called to tell me that he was recovering from two aneurisms and (obviously) would not be able to play at my wedding! In my super-stressed and frazzled state of searching for another band I came across the Scarlett Lee Moore Band. Scarlett was very prompt to answer all my questions and conducted business in a very professional manner - relieving some of the stress that has built up! The band performed as we had agreed and my husband and I - and all our guests - enjoyed the music. I would recommend the Scarlett Lee Moore Band to anyone searching for live music. Scarlett and her band members are a pleasure to do business with! 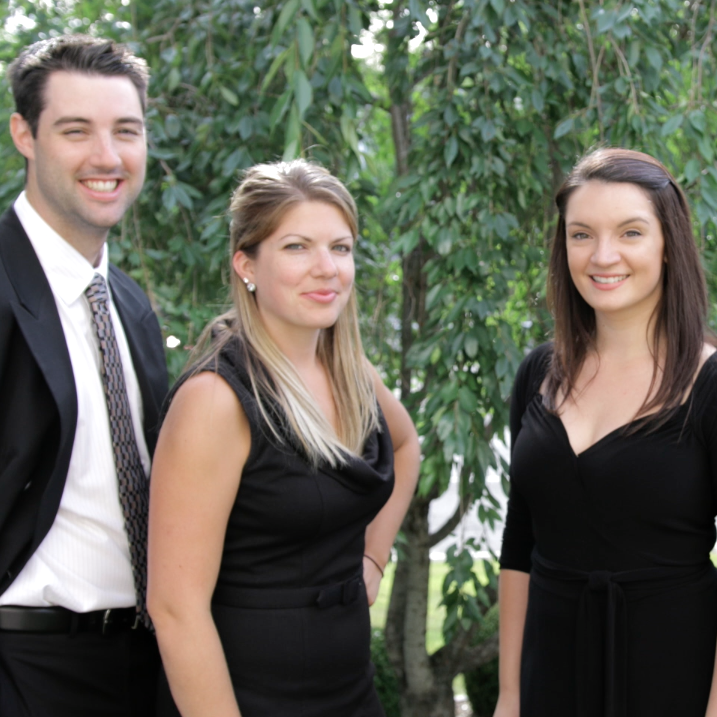