Funk Band from Philadelphia, PA - Will travel up to 100 miles
1
1 VERIFIED BOOKING
MEMBER SINCE 2014
$500 - $5000 per event
After forming in 2007, Swift Technique has emerged as one of the finest Funk / Soul / R&B bands in the United States. Steeped in the tradition of James Brown, with the grit of Led Zeppelin, Swift Technique strives to represent "The Sound of Philadelphia".

It is imperative for Swift Technique to pay tribute to the Funk / Soul legends of the past, while also staying on the cutting edge of modern Funk, Pop & Soul. Any given set may feature classics from Stevie Wonder, Aretha Franklin or Al Green, as well as modern hits from Daft Punk, Amy Winehouse or Mark Ronson. Throughout their history, the band has made large audiences dance and groove around the United States at Brooklyn Bowl (Brooklyn), The Hamilton (Washington DC), Double Door (Chicago), Theatre of the Living Arts (Philadelphia), Blue Nile Upstairs (New Orleans), National Underground (Nashville) and The Middle East (Boston). The band has also performed at a wide variety of Universities, Weddings, Wedding Receptions, Private Parties and Corporate Events.

Swift Technique features a cast of the Northeast's finest musicians and performers. With the option of a full 8-piece lineup, the band will adjust their instrumentation to perfectly suit your event. The band's foundation consists of Philadelphia's finest rhythm section of Guitar, Electric Bass, Keyboards/Synth & Drum-kit, as well as a dynamic horn section featuring Trumpet, Trombone, Saxophone and occasionally Baritone Saxophone or Sousaphone. The band is equally capable of supplying a mellow Jazz Trio/Quartet for receptions and cocktail parties, in addition to a full Funk lineup, of your choosing, to keep the party dancing all night.

Entering their eighth year, Swift Technique guarantees a professional and personal experience from start to finish. This is the band to ensure that all your friends and colleagues will be talking about your event for years to come!

"There are no words that can adequately express our gratitude and appreciation for Swift Technique. The band made our wedding night absolutely incredible. From the very beginning of the night, when the ensemble played our ceremony/processional, to the New Orleans Brass they blasted during our recessional, to the elegant and tasteful jazz they played for the cocktail hour... and this was all before the actual reception and dancing began! We have had so many guests approach us since the wedding to tell us how much they loved the band and that they were the best wedding band they had ever heard!" - Rebecca Nyquist (5/7/2016, UPENN Museum of Anthropology & Archaeology)

"Music was THE most important aspect of our day and after months (and months) of planning, everything down the last detail perfect- Jake went above and beyond to talk on the phone/meet in person and was not only accommodating, but super enthusiastic about all our ideas. Everything was personalized- from the ceremony music, straight through to our bridesmaid tradition, "Like a Prayer", Chris and I truly feel like you guys added that special something that made our wedding uniquely ours and that is something you just cant put a price on. Like I said time and time, again, they were such a pleasure to work with and your responsiveness, professionalism and willingness to accommodate our ideas really took a lot of stress off of Chris and I through the wedding planning process. Our goal was to make our Big Day the party of the Century and we couldn't have done it without you!" - Lauren Pasciuto (4/15/2016, Willow Creek Winery)

"I couldn't recommend Swift Technique more -- they put on an amazing show at my wedding and had the dance floor packed the entire night. They were high energy and funky without any of the cheesy wedding band stuff. Every wedding guest I've talked to has raved over the band and I fully agree! The band was kind enough to learn some strange requests for us (Abba!) and just killed it! Jake was very easy to work with and he helped me develop our set list and a finalize all the little details (like a cue for walking down the aisle and getting mics to our officiants). They were a totally low maintenance vendor that I never had to chase after to get a meeting scheduled or question answered. The best!" - Hillary Traugh (4/2/2016, National Museum of Jewish American History)

"I hired Swift Technique for our New Years wedding after seeing them perform at a festival in early 2015. My wife (then fiance) hadn't seen them so she was hesitant until we popped into a show a few months later in Washington DC. It took a matter of seconds from the time they started playing for her to hop on board -- in fact I believe she simply said, "They're awesome!". Our guests enjoyed them so much that I know a number of them have already started scoping out dates to catch them perform at other venues. Can't recommend them enough." - Ian Smolka (12/31/2015, Washington Mill Dye House)
(more)

I searched for hours and hours for the right band...I got lucky when I found the Swift Technique. From the moment I inquired for more information, the responses were prompt and professional. Because the band was so easy to talk to and work with, I never once felt stressed during the booking process. Our wedding was outdoors on a farm in Maryland. The band got there several hours early to set up, which was awesome! From the first dance to the last dance...they rocked our world. EVERYONE loved them and kept coming up to tell us how impressive they were. They exceeded my exceptions and I am so happy they were apart of our special day. 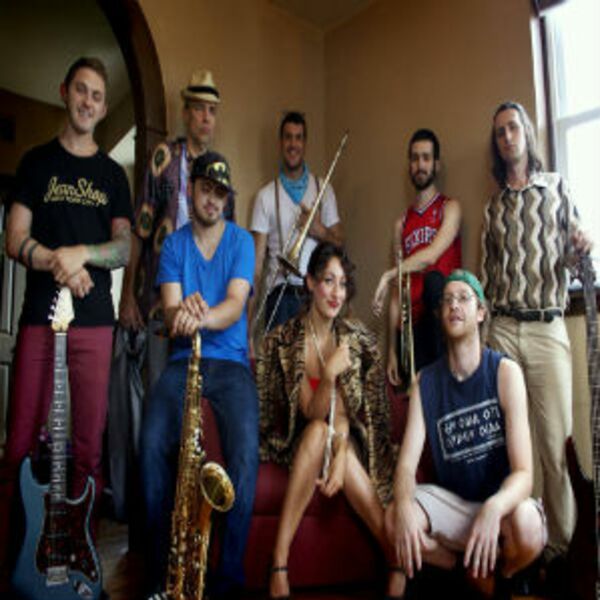 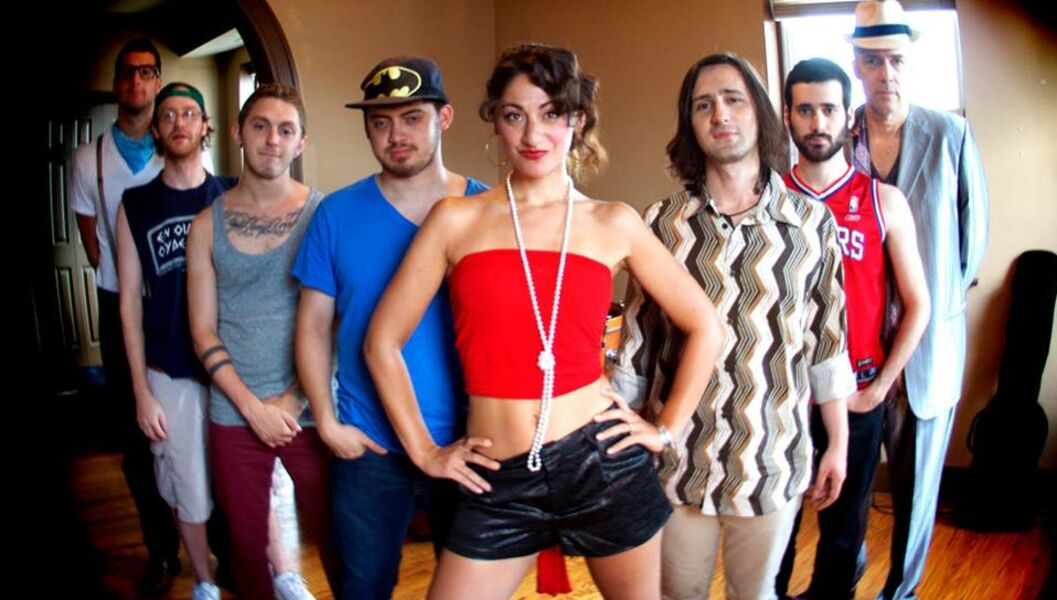 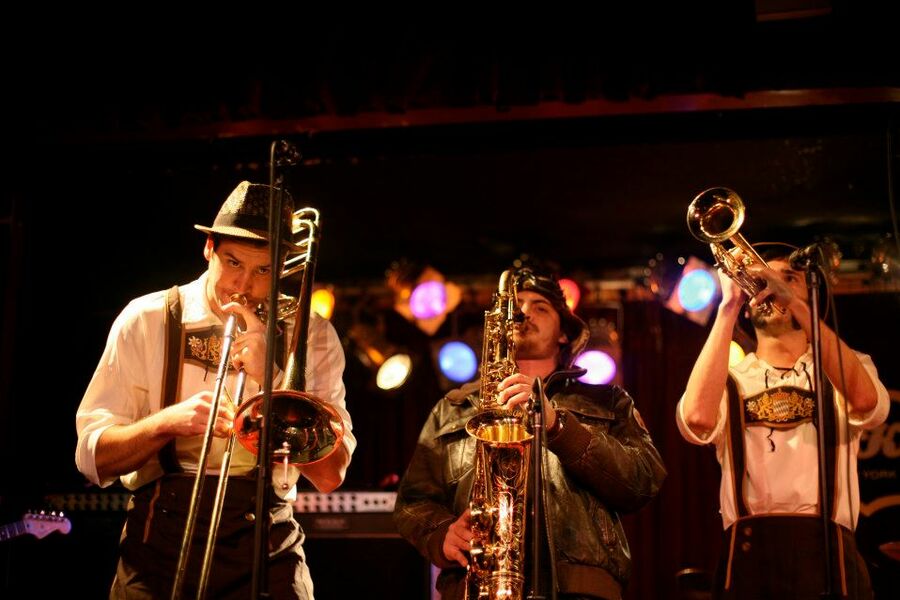 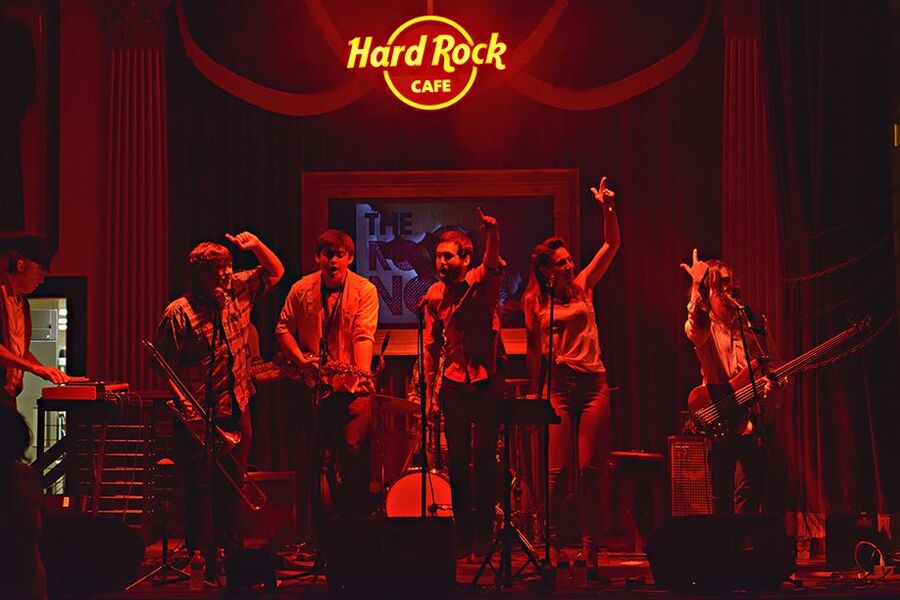 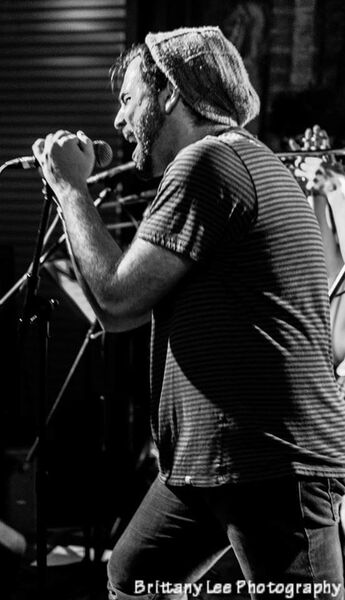 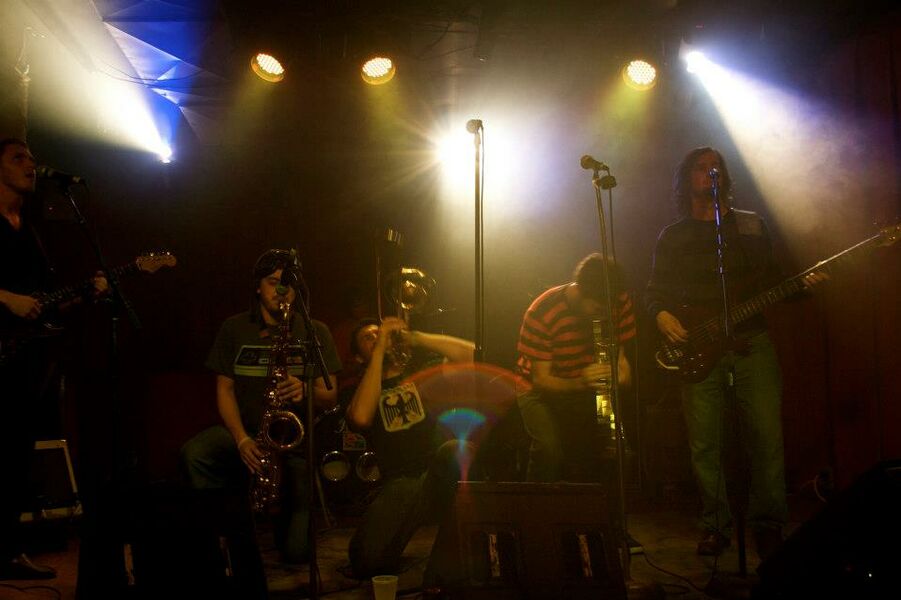 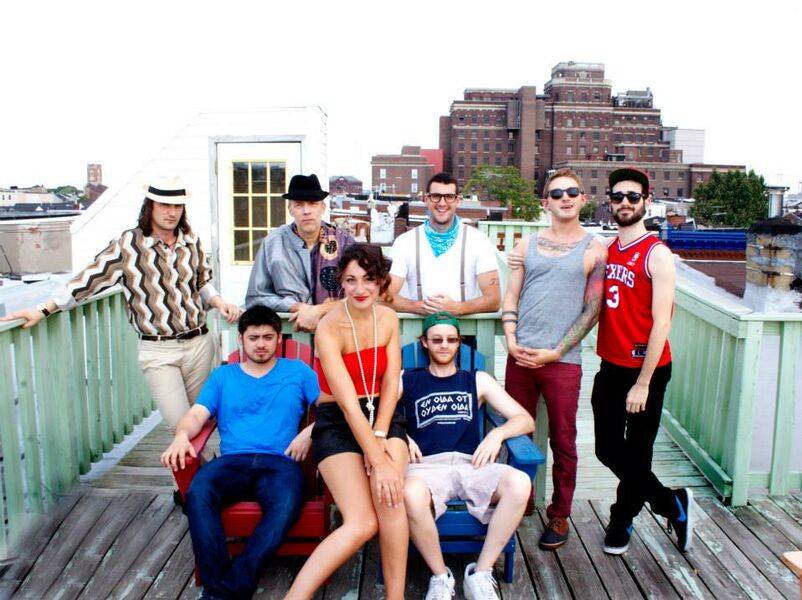 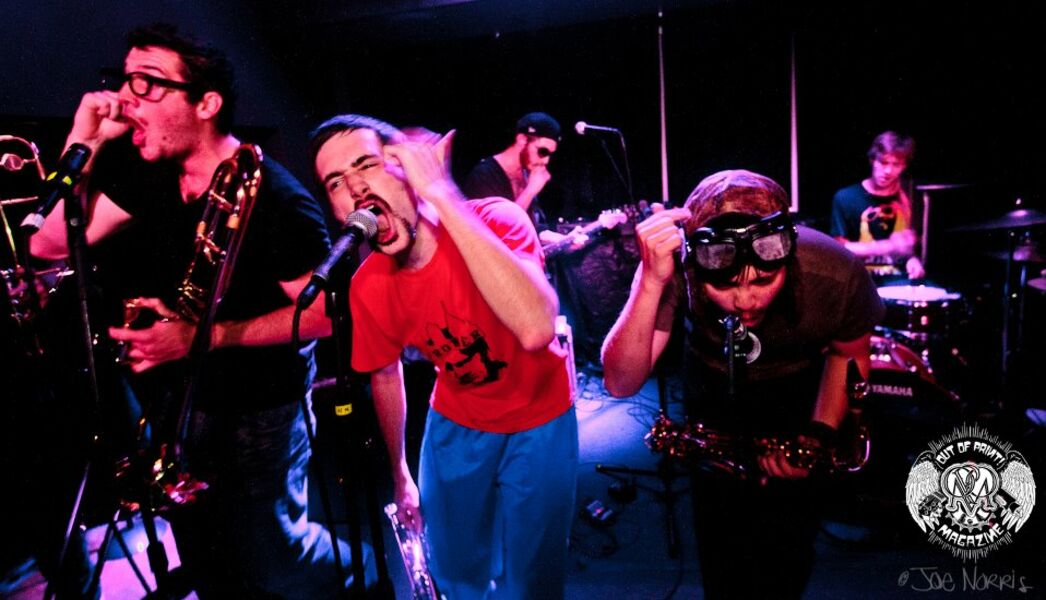 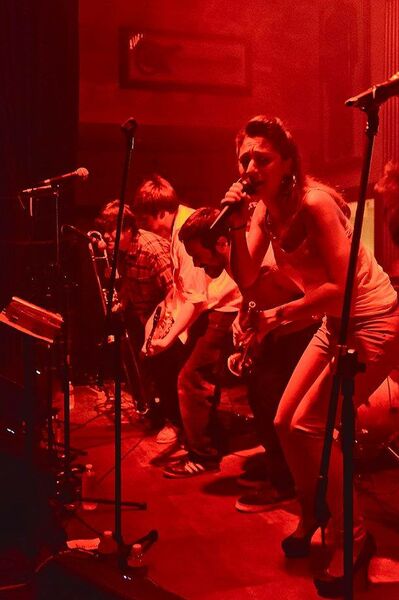 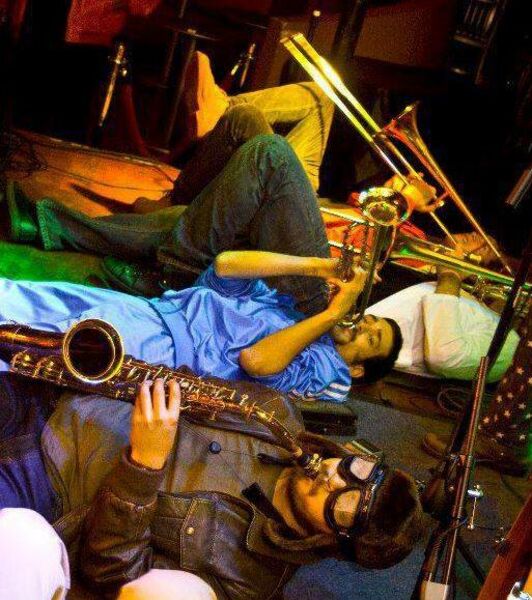 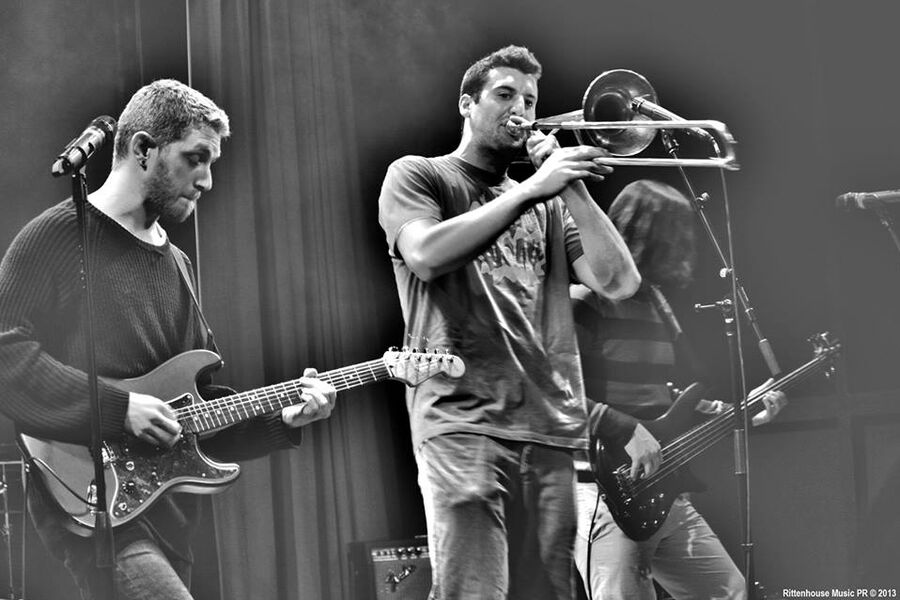 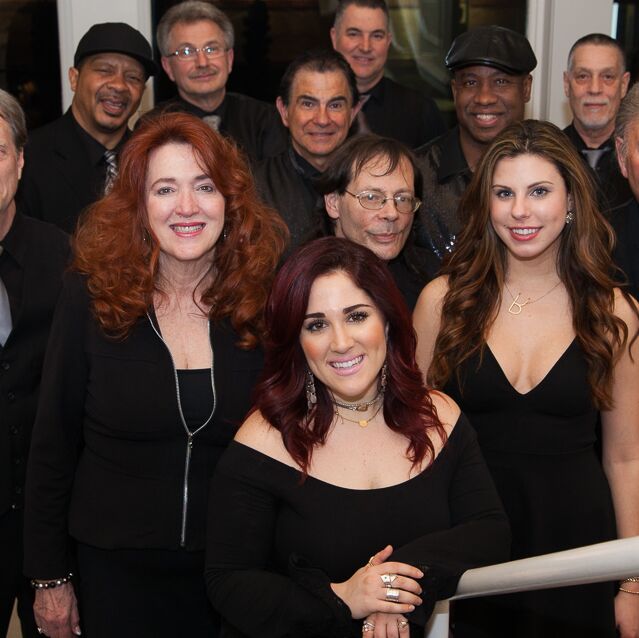 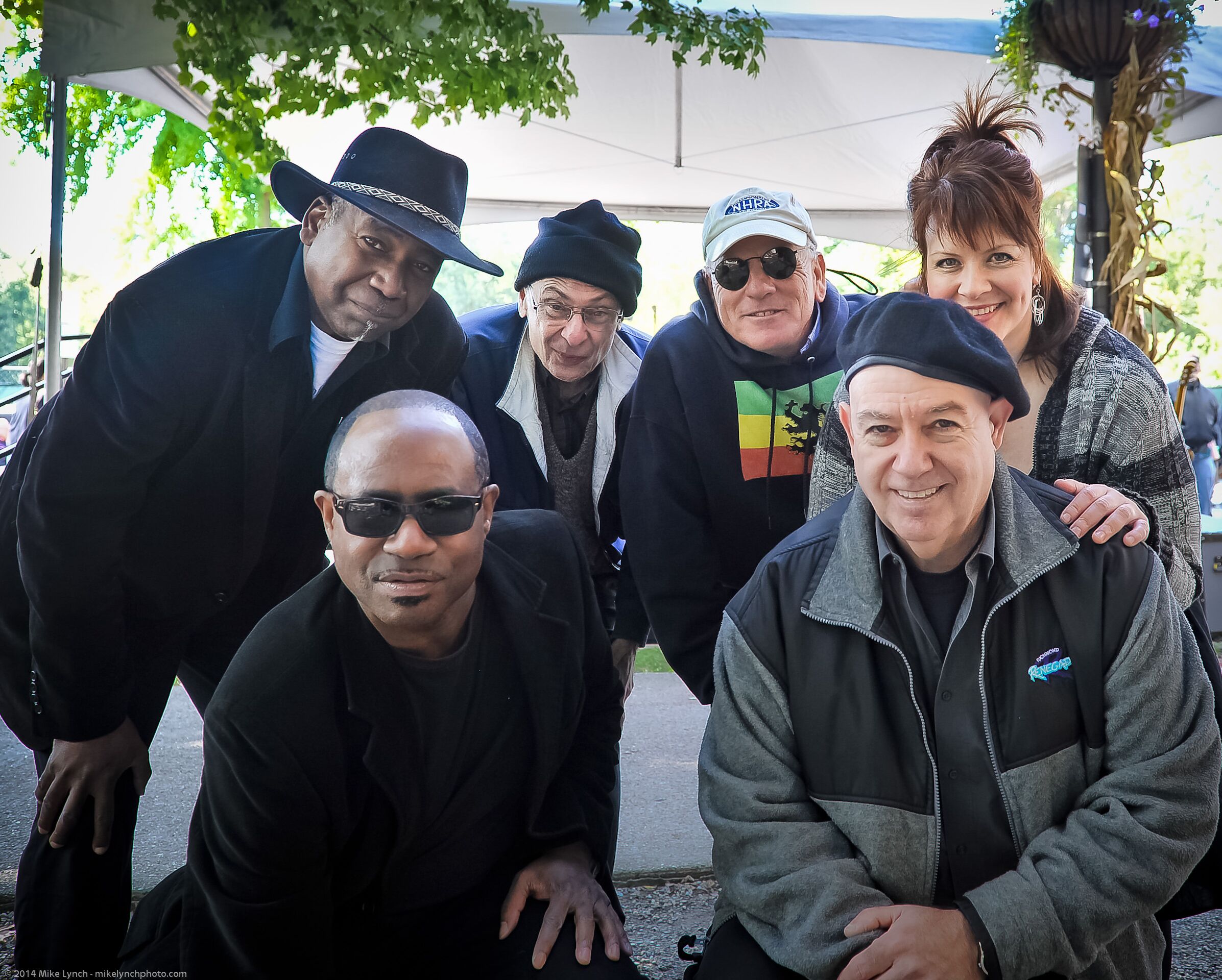