Salsa Band from San Francisco, CA - Will travel up to 100 miles
3
7 VERIFIED BOOKINGS
MEMBER SINCE 2014
ACCEPTS ONLINE PAYMENTS
$1000 - $4000 per event
ACCEPTS ONLINE PAYMENTS
VIRTUAL SERVICES OFFERED
VibraSÓN is one of the Bay Area's favorite Latin music bands, playing both classic and contemporary Salsa/Mambo/ChaCha and Latin Jazz songs that dancers and audiences both crave. The band was formulated by Jake Jacobs, a Bay Area dance teacher and musician for over 20 years, the result of an idea to bring a special kind of music to audiences here. The music is not obscure. In fact it is very famous and was popularized many decades ago in the 1960s and 1970s by such great artists as Joe Cuba, Jimmy Sabater and New Swing Sextet, when Boogaloo was making its way into the New York Latin scene. Is it cool? Yes, very - with a smaller configuration band featuring the alluring sounds of the vibraphone. Is it hot? Extremely, bringing forth the hot rhythms that make salsa irresistible! This is music for the ages that lives on and on. When VibraSÓN was formed, this great salsa music had already been popularized (again) by DJs everywhere. Dancers can't resist the hip sound and driving rhythms of the genre. And surprisingly, with so many great bands in the San Francisco area, there was no group bringing the music to audiences.

Enter Jake Jacobs, a long time salsa dancer, teacher and musician. His uncle was a famous Xylophonist back the day in Chicago and his father played piano since the age of 6. Jake has studied with some of the great percussionists in the Bay Area (including Louie Romero, Michael Spiro, Karl Perazzo, and Edgardo Cambon) and played with many of the local artists. About 5 years ago, he was yearning to hear the sound of vibes music live and so he brought together an accomplished team of Latin musicians to form the new band. Percussionists include Jake himself, along with Cuban-born Carlos Caro and Miguel Melgoza. Carlos Caro arrived in the Bay Area in 1996 and has played with just about every great artist ever since. He currently is congero for Avance, a hard driving salsa band led by Santana Band percussionist Karl Perazzo, and Caro released a CD in 2010 by his own band Vission Latina. Miguel Melgoza lived in the Bay Area and left for a time, but returned to join the ranks of many of the area bands already, including Borinquen and as a backup player for Perazzo in Avance. Marco Diaz has been playing piano (and trumpet) professionally since the age of 17 and has performed with many of the artists in the area, performing also with the great Israel "Cachao" Lopez before his death at a concert in San Francisco. Marco also has released several CDs - available on CD Baby. Saúl Sierra-Alonso is on bass, and he studied at the Berklee School of Music. He has played with John Santos, Anthony Blea, and many others, including Marco and Carlos. The important vibes chair is occupied by Charlie Barreda, a pianist and vibraphonist both who studied with the one and only Cal Tjader. Lead vocalist Luis Morales-Guidos cut his teeth singing with salsa band Avance for over 15 years, as well as Montuno Swing and R&B band Pop Fiction. VibraSON works with many of the top musical talents of the Bay Area.

The band has also been joined by maestro Edgardo Cambon, who plays percussion and/or sings lead vocals in some of our shows. Also, Miguel Melgoza returned to Arizona in April 2014, and accomplished and Grammy(r) award-winning Christian Pepin came on board to sing and play timbale. Both Pepin and Carlos Caro also won a Grammy (r) recently for their work on the ground-breaking Bay Area-produced CD by Pacific Mambo Orquestra.

This amazing group of musicians bring over 150 years of musical experience together to revive the sound of our great music and make VibraSÓN an experience to remember. Dancers and listeners alike will enjoy every moment...

VibraSON can be seen weekly in San Francisco at Latin Vibe Tuesdays hosted by Bar Fluxus. Check us out!

WHAT WE DO: We provide great music for your event that can be tailored to the event. Our music is especially appealing to dancers since the repertoire is both "cool" and "hot" and tempos are comfortable for dancing. Song lengths are appreciated by dancers too (no medleys!). The timelessness of the music lives on. Our musicians are highly experienced and creative. Our leader can also provide a salsa dance lesson prior to the performance if appropriate - he has done that for over 20 years and taught over 100,000 students! PLEASE VISIT OUR WEB SITE VibraSON.com FOR FULL GIG CALENDAR. Thx

We hired VibraSON for my Havana Nights themed 50th Birthday Party and the band is AMAZING! I had only heard their music online prior to the party and while the recordings are great, hearing VibraSON live is even better. Jake was also able to make arrangements to have vocalist Christelle Durandy join the band for the evening as the lead vocalist. Thank you to VirbraSON for helping to make my 50th Birthday celebration a memorable one!

Thanks for the kind words and we had a ball performing at your party! -VibraSON

I had an event that was short notice to get a band and I almost gave up until I spoke with Jake from VibraSon. Jake was very easy to speak to and his rate for a full on band seemed reasonable. Most important to me was the music and his orchestra is extremely talented and have a great energy that people fed off. They play great live and really have a great and unique sound. They have a vibraphonist! When it came to the details of the event Jake was very thorough and wanted to make sure he had all of the information that he needed. The group was prompt and everyone at the party really enjoyed their time. Thanks Jake and VibraSon for making our event memorable!

Thanks Ernesto! We do our best to get things right, and our experienced musicians are great at handling the needs of the client and putting on a great show! Thanks for allowing us to be a part of your wonderful birthday celebration. Best Regards, -Jake/VibraSON 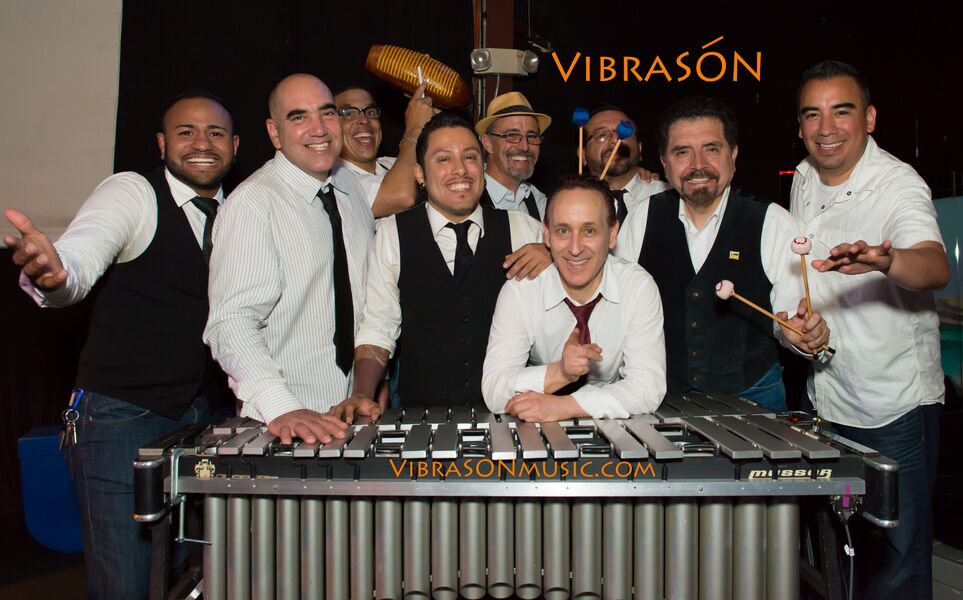 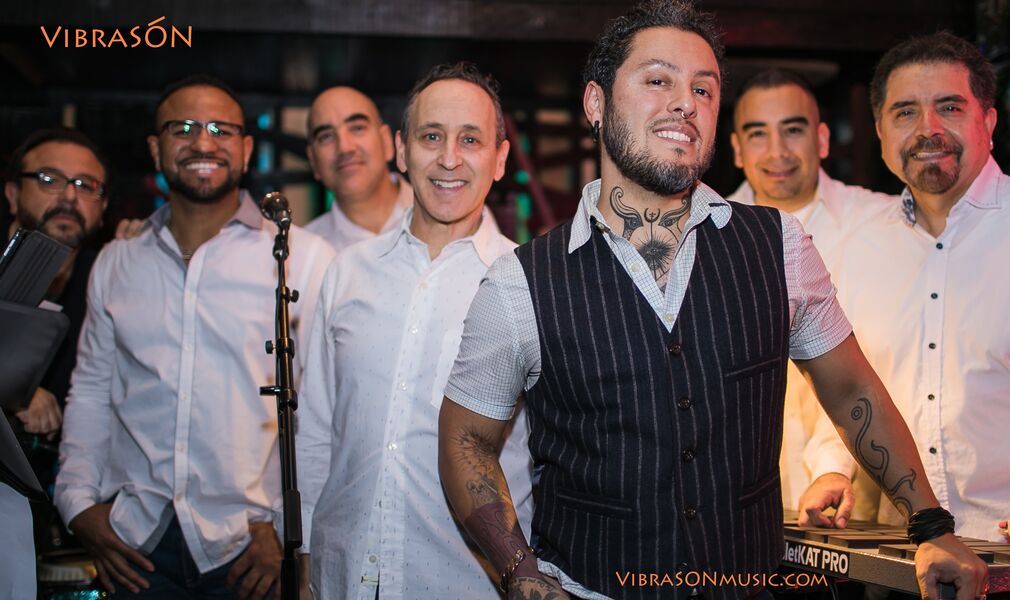 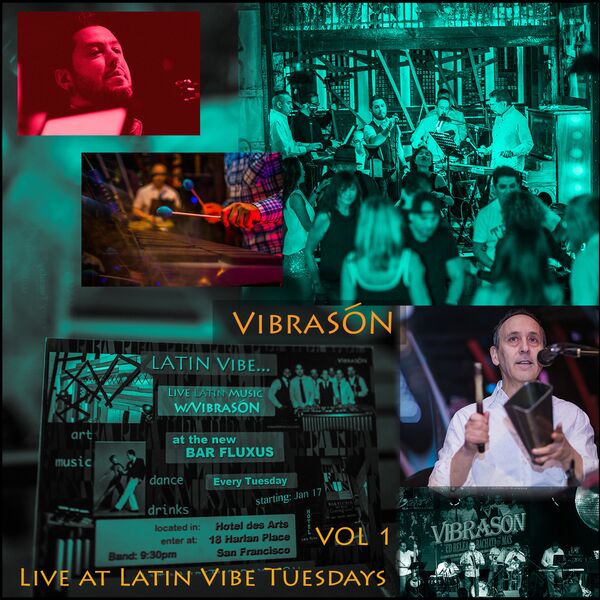 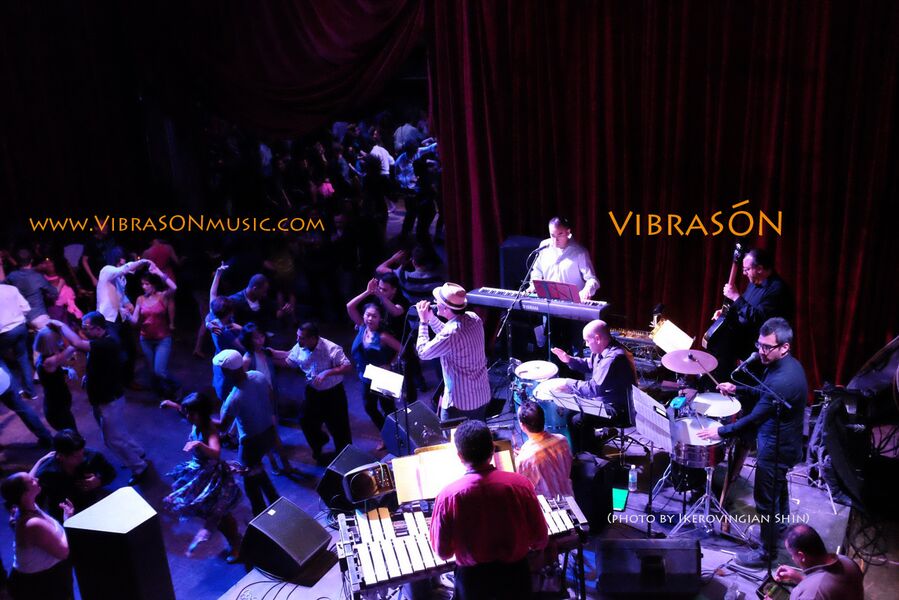 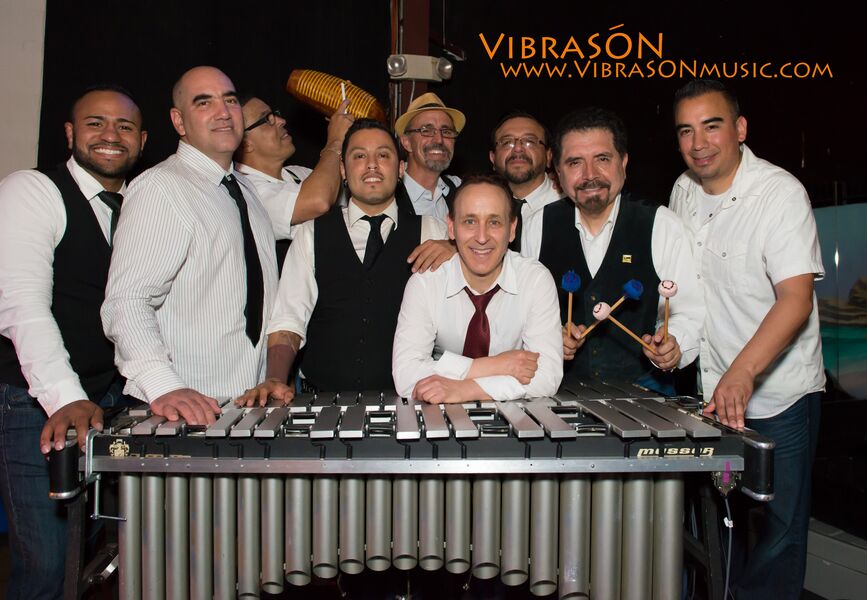 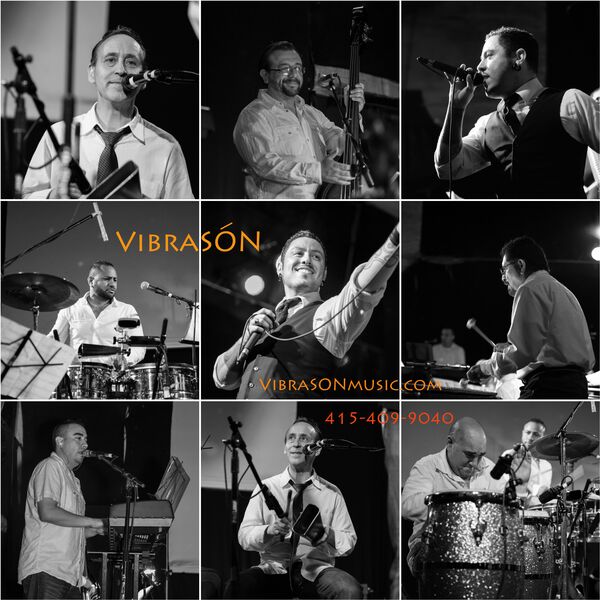 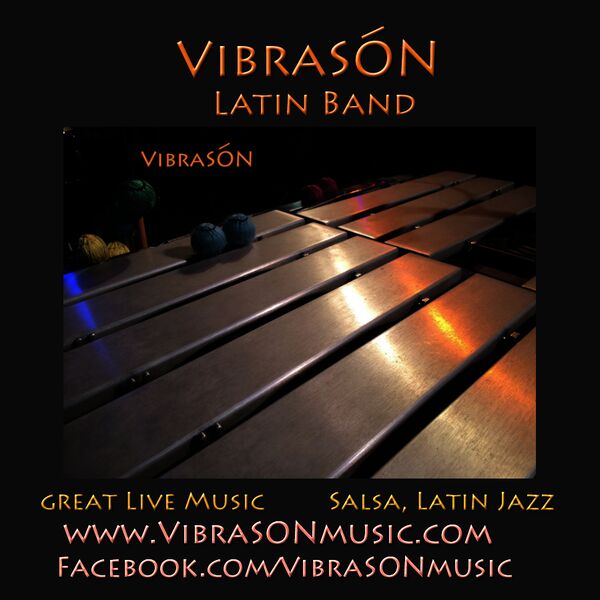 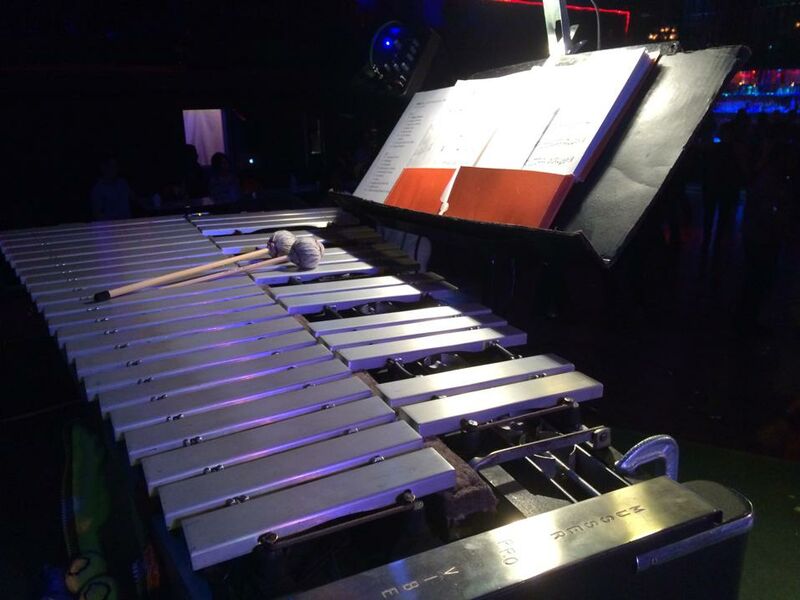 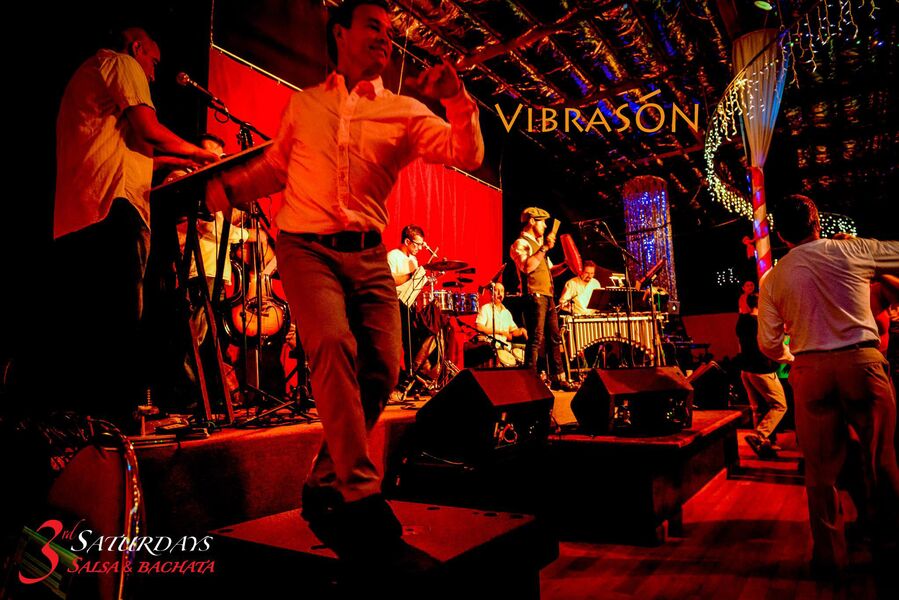 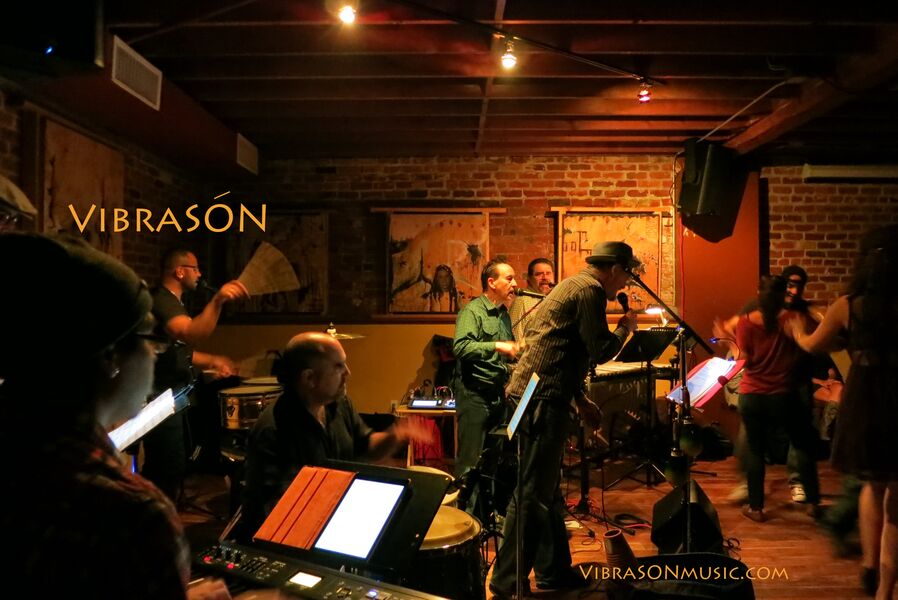 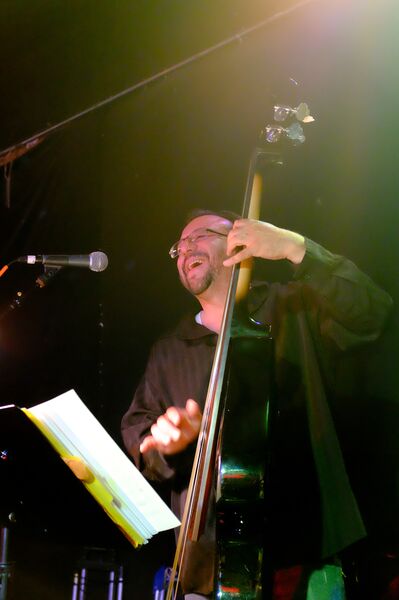 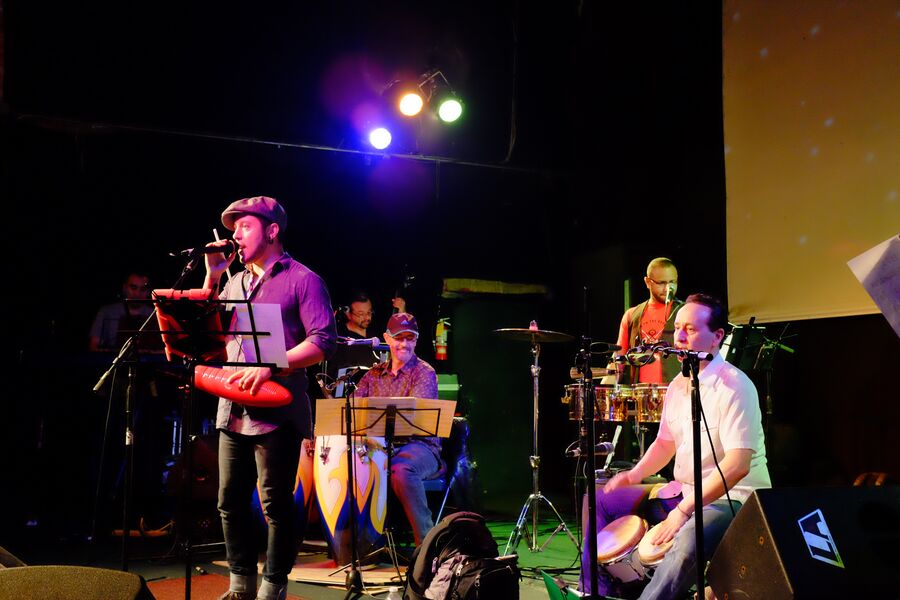 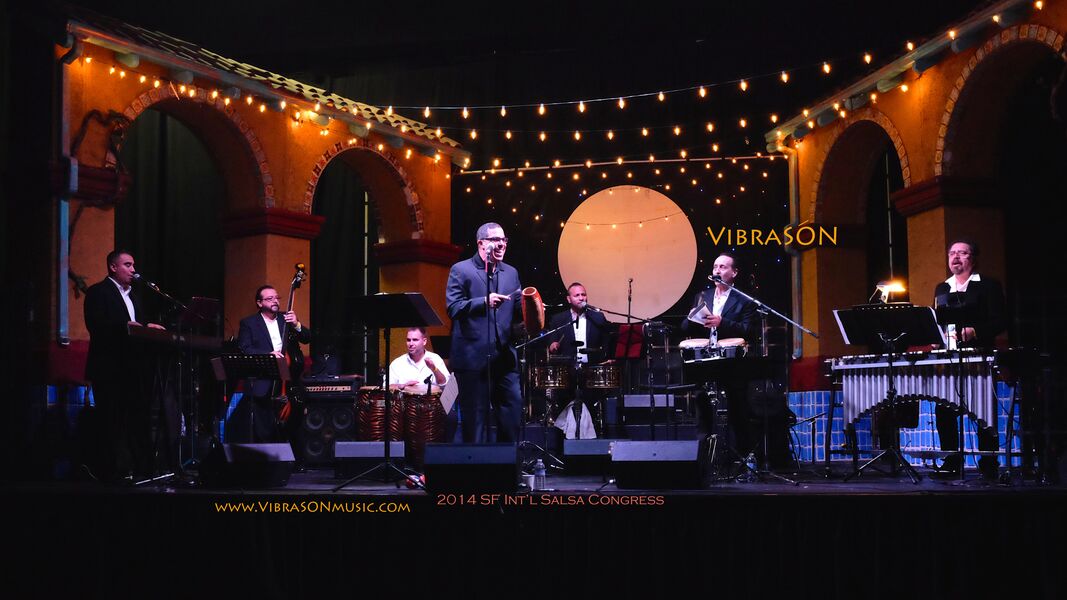 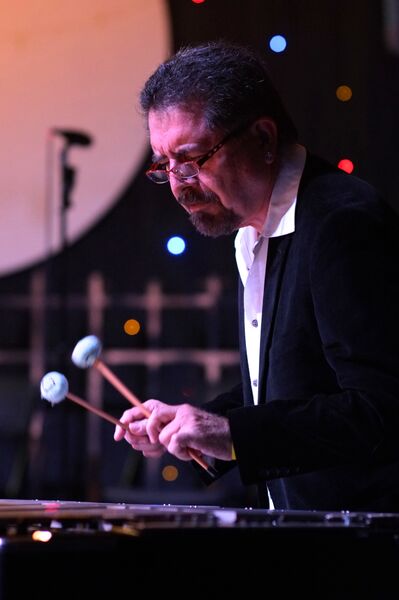 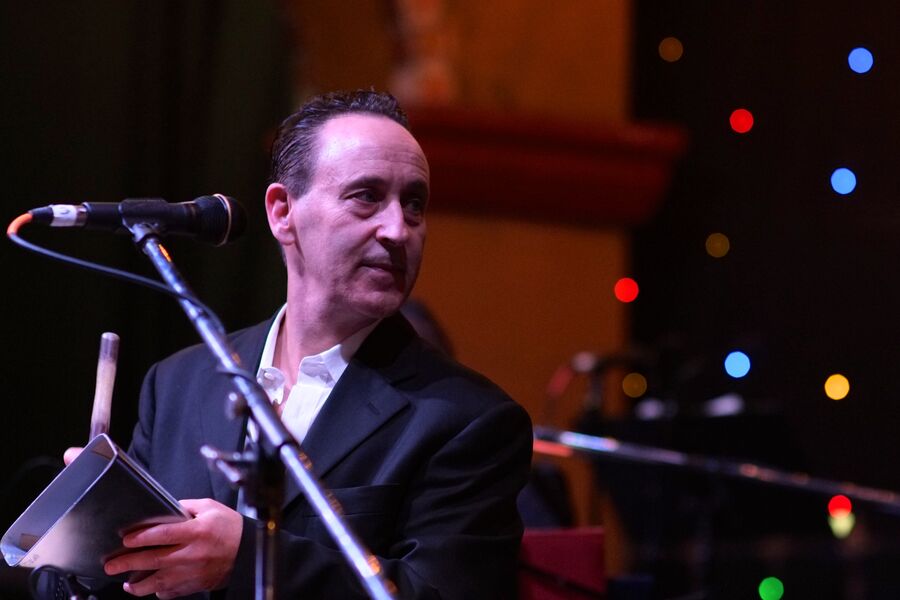 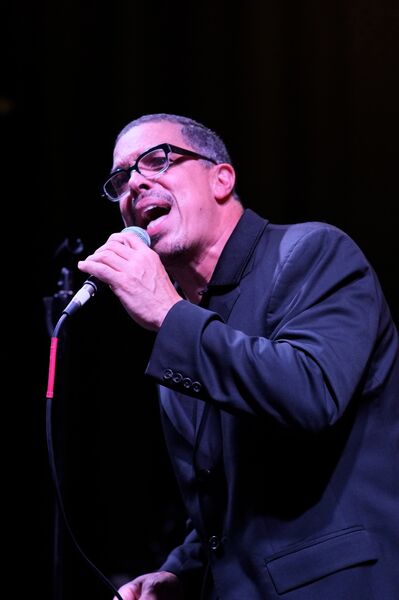 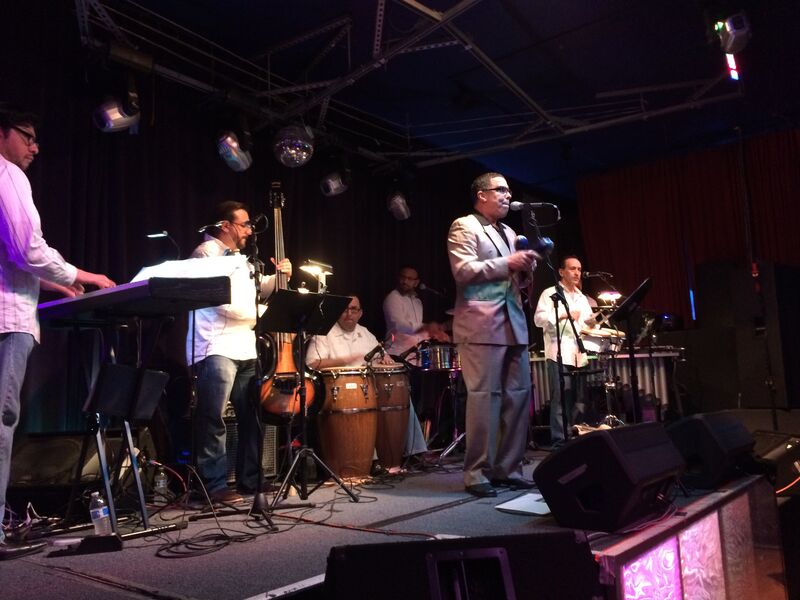 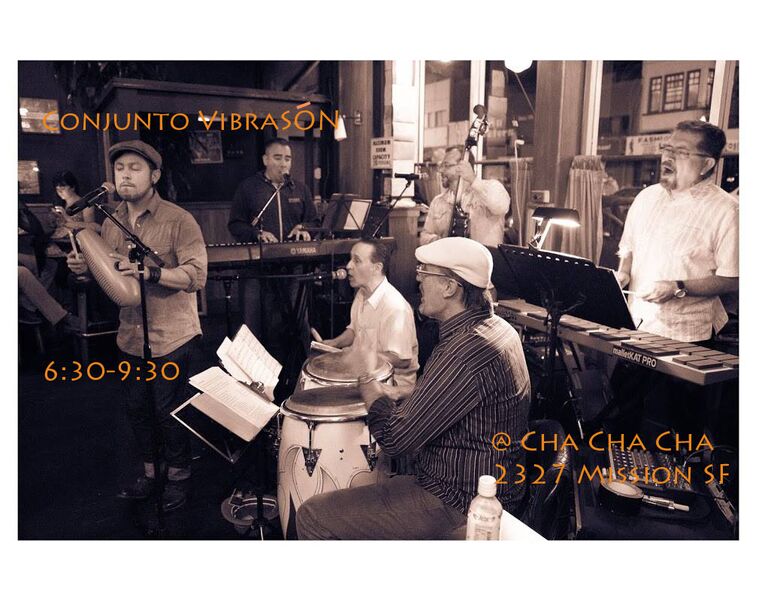 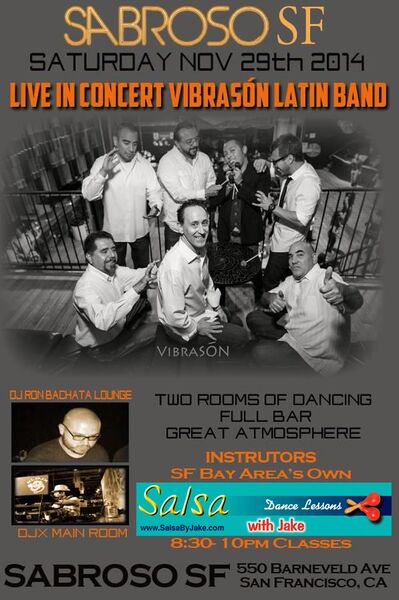 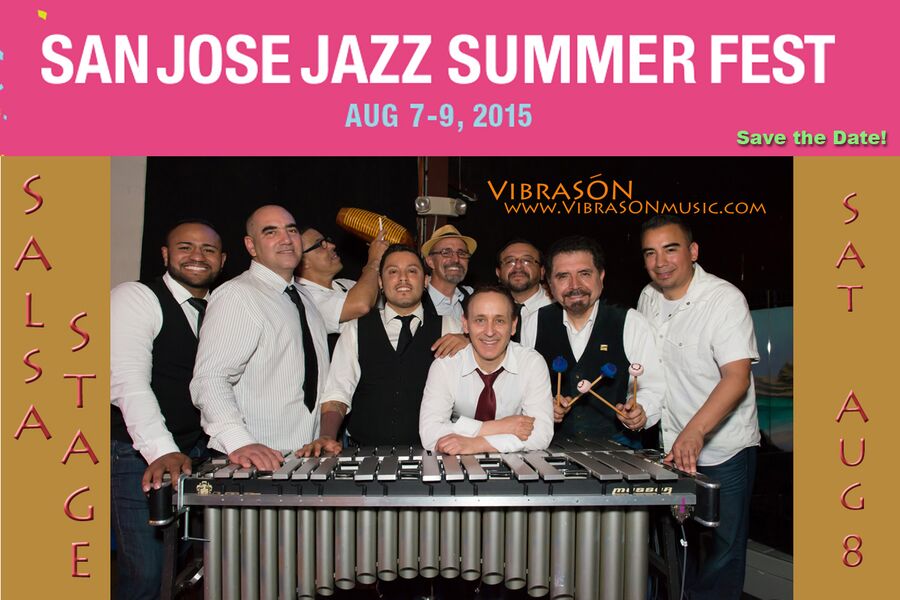 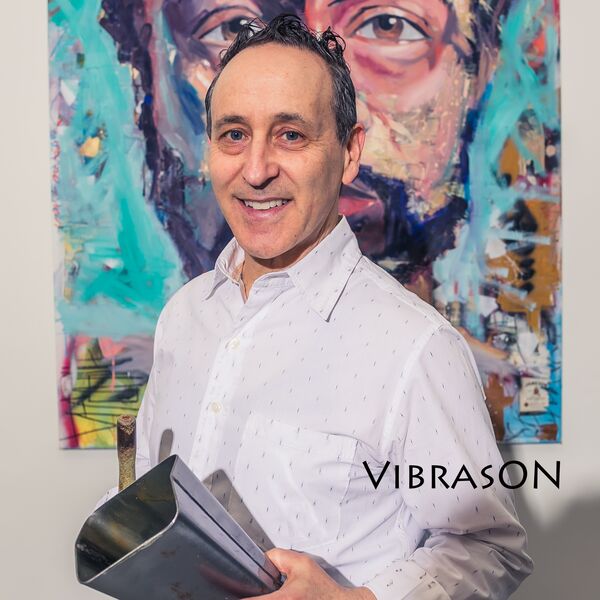