Top 40 Singer from Miami, FL - Will travel up to 500 miles
9
17 VERIFIED BOOKINGS
MEMBER SINCE 2017
ACCEPTS ONLINE PAYMENTS
AVAILABLE UPON REQUEST
ACCEPTS ONLINE PAYMENTS
VIRTUAL SERVICES OFFERED
Ariel Rose is a singer and songwriter from South Florida. From pop to R&B to opera to standards, she can sing in many different genres and languages. Ariel has over 15 years of experience performing in front of audiences. She was in the National Tour of Cirque Dreams "Holidaze" as a lead vocalist, the Ice Queen. She is an official anthem singer for the Florida Panthers Hockey Team and has sung for all of the sports teams in Florida and regularly performs for many galas and events. She graduated from the University of Miami's Frost School of Music where she studied voice. Ariel has a huge repertoire from jazz standards to Top 40 to her original songs. Book Ariel for an unforgettable performance at your next event!


**Ariel is available for cover sets or original songs. She can perform solo or with musicians. She is self-contained and comes with her own equipment.**

Ariel Rose is an award-winning artist from Miami, Florida. Her first CD, "Rhythms of Life" and music video were released at the age of 15. Ariel's first CD reflects the multi-cultural sounds of South Florida, which can be heard in her songs, sung in English and Spanish. She collaborated with multi-Latin Grammy nominated producer/songwriter, Juan Vicente Zambrano, who also produced her first CD. Her first single from that album, "My Perfect Day," won 1st Place in the Pop Category in the Great American Song Contest, among entries submitted by artists from over 45 countries. Another song from the CD, "I Wanna Dance," was voted in the top 10 of the most listened-to songs on Women of Substance Radio.

Ariel Rose is the "Go To" Girl for the National Anthem, having sung for every major sports team in South Florida, as well as for many other professional sporting events, such as the Miami Marathon. Ariel Rose was the Official Anthem Singer for the Florida Panthers for three seasons. She is also a Miami Heat Anthem Idol, regularly sings for the Miami Marlins, Miami Dolphins, NFL events, and at the Miami Open Tennis Tournament.

She recently graduated from the prestigious Frost School of Music at the University of Miami.

Ariel Rose loves to give back to her community. She can be seen singing regularly at many charitable events including the Special Olympics, Relay for Life, and civic events. The high energy "Reach for the High," co-written with Latin Grammy winner producer/songwriter, Jorge Luis Piloto, and her father, is dedicated to the Special Olympic Athletes and was released at the Special Olympics "Inspire Greatness" Gala to inspire greatness in everyone no matter what their limitations. "Reach for the High" was voted Finalist in the Great American Song Contest for excellence in songwriting.
Her newest holiday song, "Dear Santa" was a finalist in the pop category of the Great American Song Contest, as well. Currently, Ariel Rose's latest pop music, which she co-wrote with producer Russell Pollack is about to be released along with her newest music video for her single "Holding On." Check it out!
(more)

Ariel dazzled the audience with her beautiful voice and endless talent. Her repertoire fit the venue and helped to create a successful concert. Her professionalism and energy surpassed anything we had anticipated! Bravo to her performance!

Professional, easygoing, and talented singer! Music selections were great for our event. Thanks would highly recommend.

Our experience with Ariel and the band was AMAZING. She and her three-piece band played under our new tiki hut, which is on our deck right next to our pool. They accommodated the wet circumstances, and even some splashing from rowdy party-goers. None of it phased them. They rocked out and played beautifully; everyone at the party was blown away and wanted to know where I found them. They did such a great job with the requests I put in, and really made the entire performance feel personalized and intimate. Loved them so much, you're welcome back anytime! 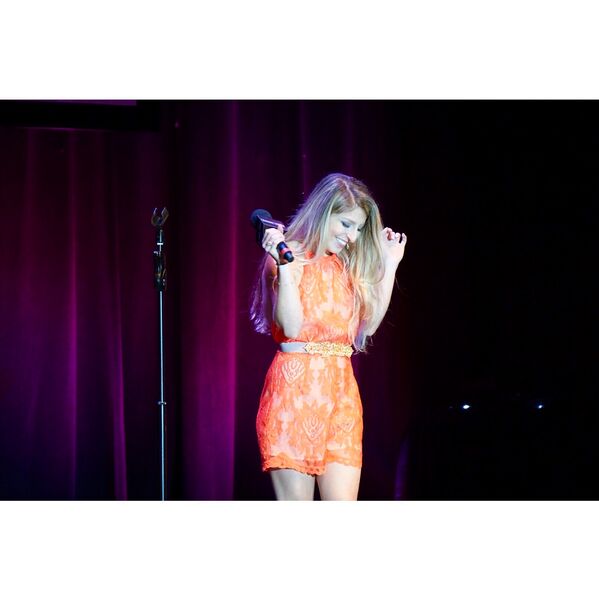 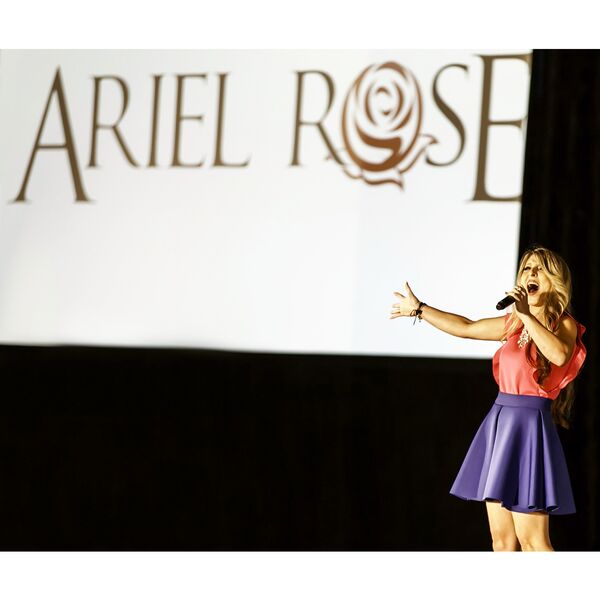 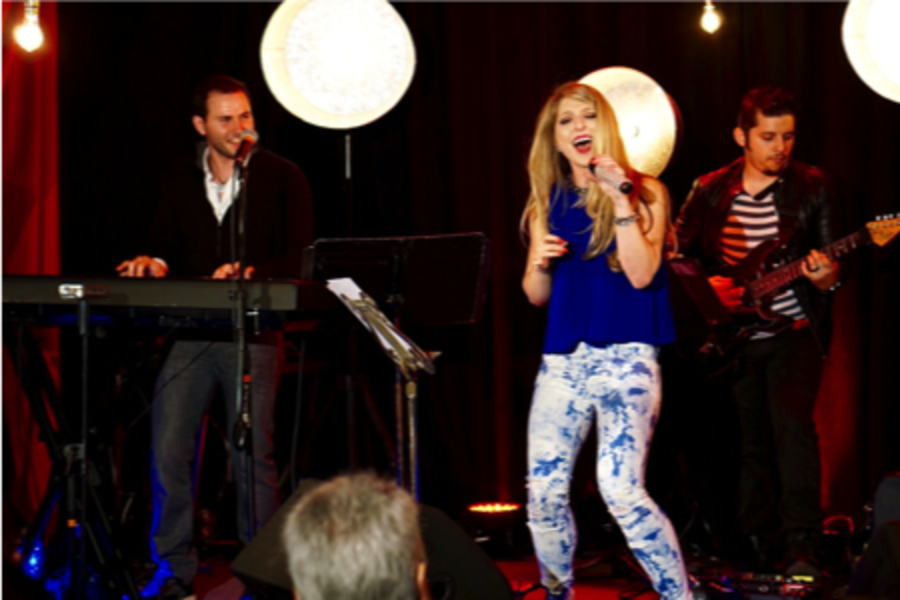 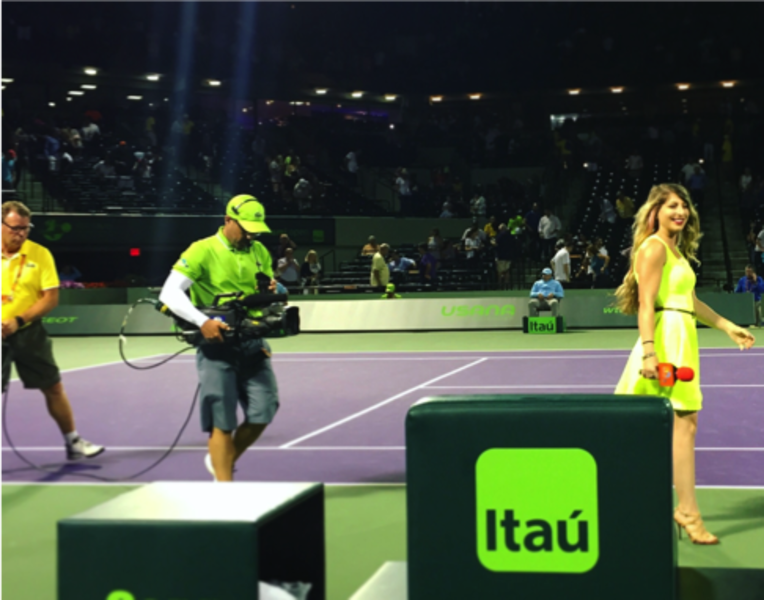 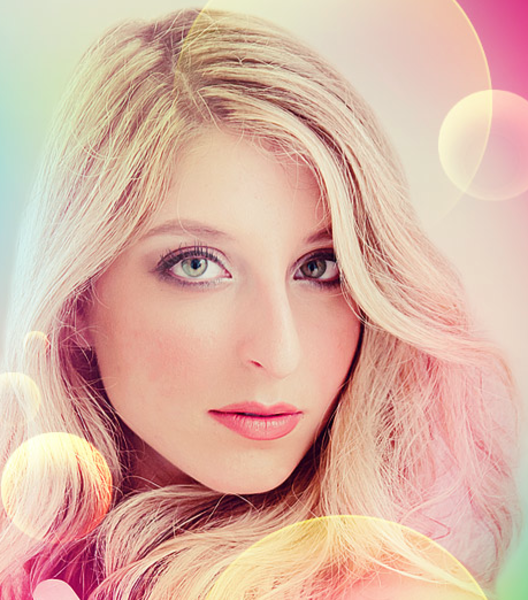 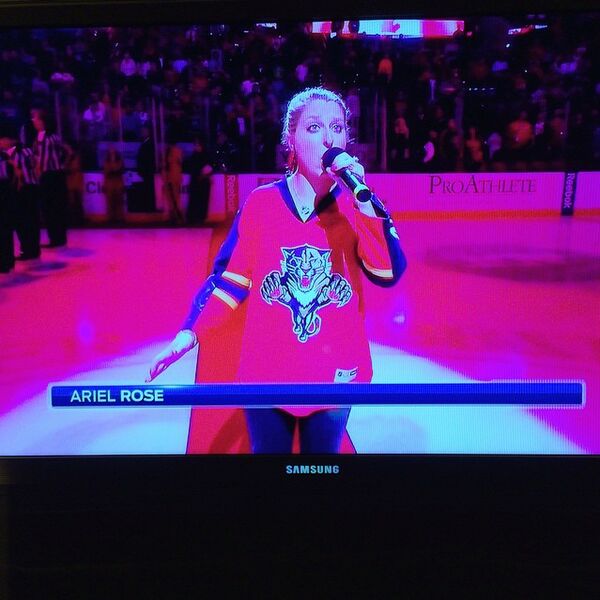 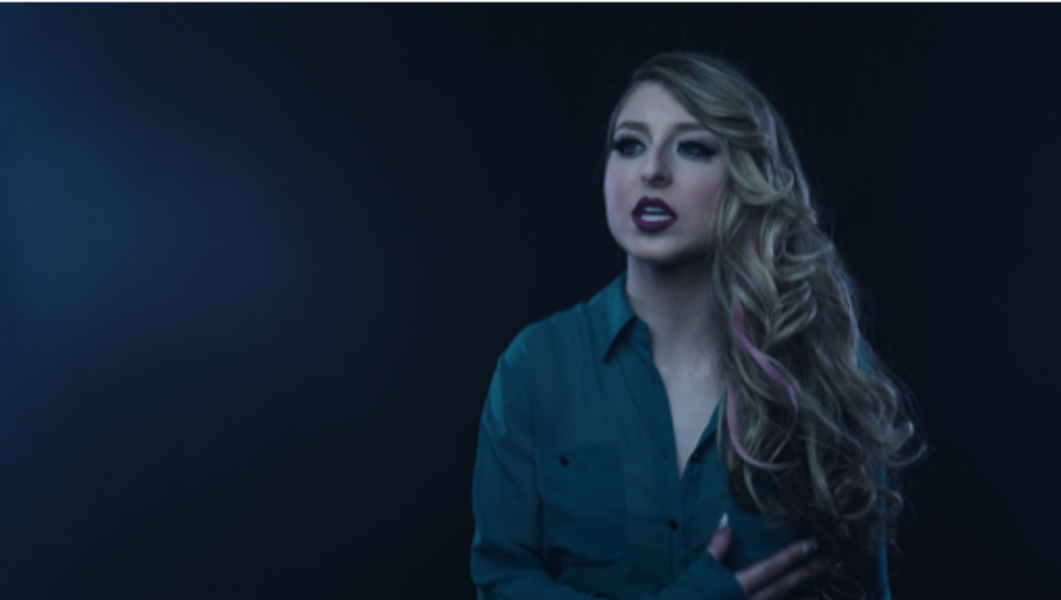 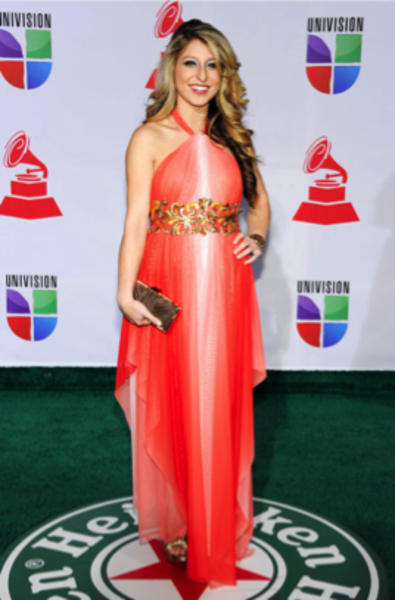 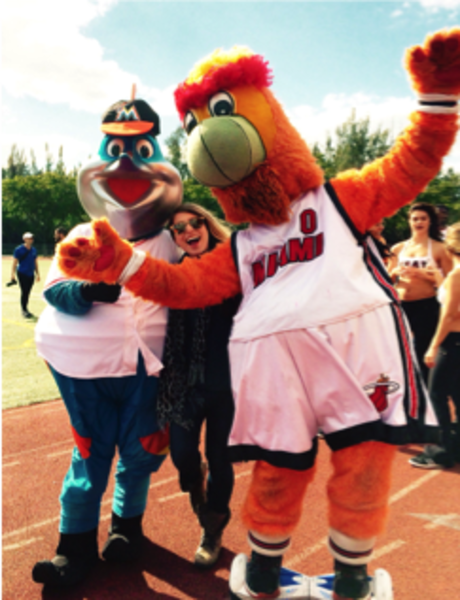 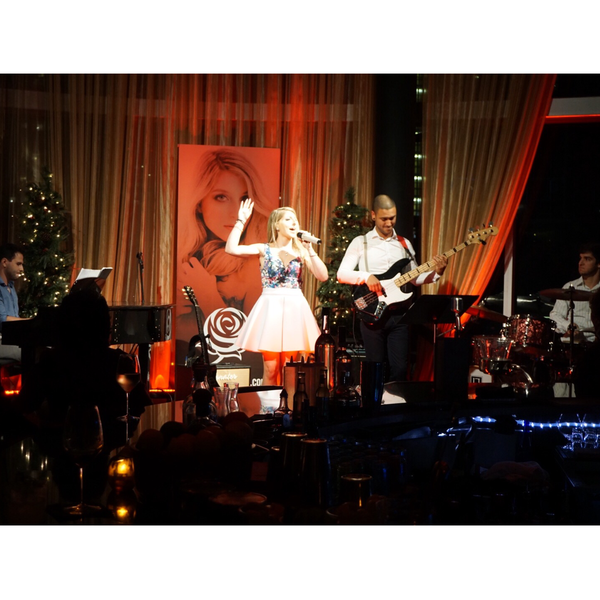 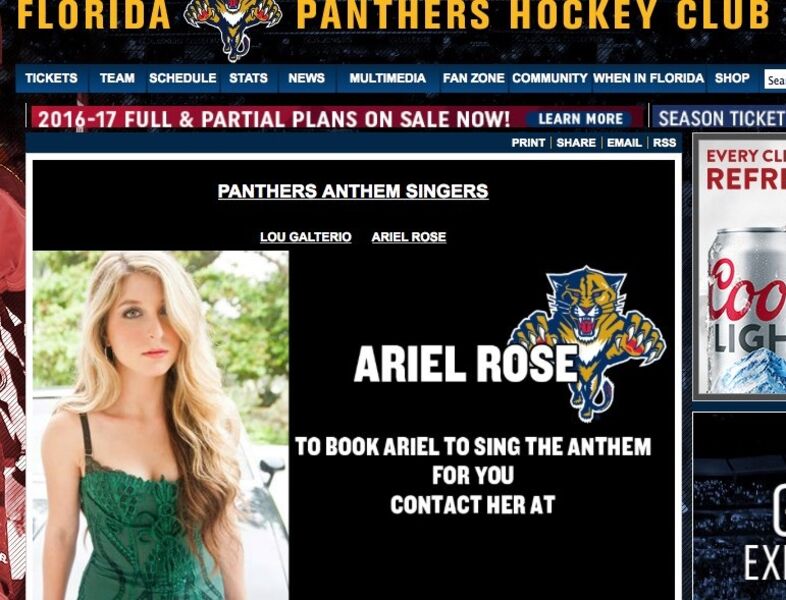 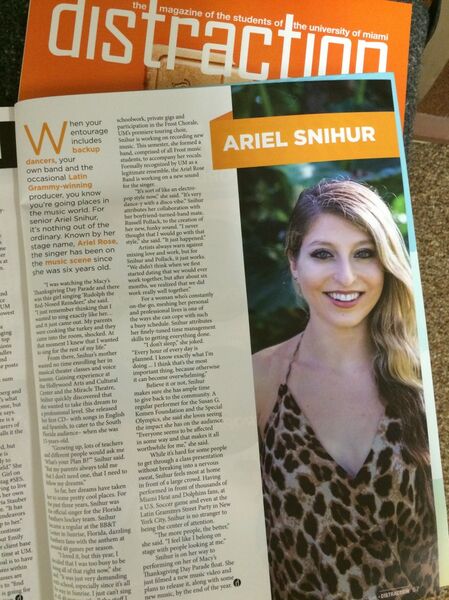 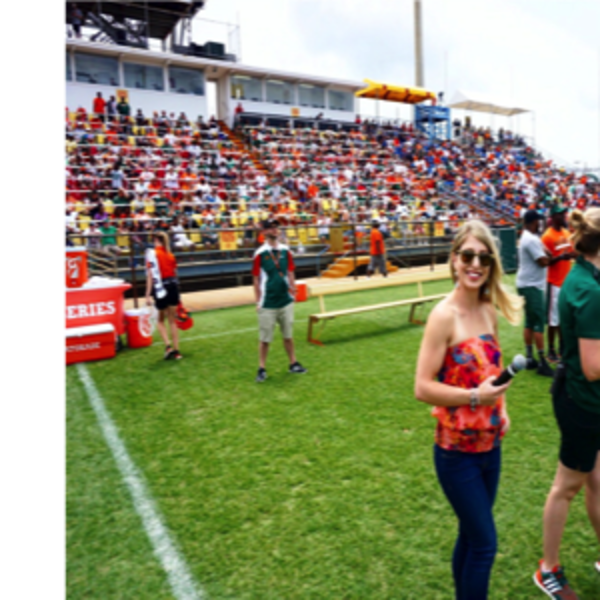