Singer from New York City, NY - Will travel up to 100 miles
5
6 VERIFIED BOOKINGS
MEMBER SINCE 2011
ACCEPTS ONLINE PAYMENTS
$750 - $7500 per event
ACCEPTS ONLINE PAYMENTS
VIRTUAL SERVICES OFFERED
Marieann Meringolo is a native New Yorker and gets compared to the likes of Barbra Streisand and k.d. lang and yet has her own vocal styling and is an original artist in her own right. She is an accomplished, Award-Winning singer with over 15 years of professional experience. Marieann and her "Fabulous Trio" promise to make your special day even more special by adding an extra touch of warmth, class, fun and sophistication to the musical element of your Wedding, Birthday Party, Holiday Party, Fund Raiser or Special Event. She is available for your Ceremony, Cocktail Hour, and Dinner Portion of your Wedding/Event.

Marieann's styling include Jazz, Cabaret, Broadway & Pop and if you have a special song request, she'll be happy to accommodate you. Marieann is eager to make your event special and can create a custom package just for you and she looks forward to working with you!

*Marieann can be hired to perform one of her Critically Acclaimed Cabaret Shows or as a background entertainer to enhance your special occasion.*

Marieann Meringolo is a native New Yorker who has been called "One of the circuit's most powerful singers" by Time Out New York. She is a MAC Award-Winning vocalist as well as a Back Stage Bistro Award-Winning vocalist who has the natural ability to find new and inspiring ways to transform standards and make them truly her own, and at the same time master an original song as though it were a classic. This beautiful blend of vocals, intense passion and sensitive soul, makes Marieann Meringolo a true find.
New York Newsday critic John Anderson says…"The voice of Marieann Meringolo will woo you, win you and whisper in your ear."
Her beautiful voice continues to be heard on Radio stations and the internet around the world.

"If kd langs DNA were to get whipped together with Barbra Streisand's in a genetics lab specializing in divas, the result might well be Marieann Meringolo."
- Time Out New York

5.0 out of 5 stars A Voice that doesn't quit, November 4, 2003
Ellen Levine (New York, USA)
This review is from: Imagine If We Only Have Love (Audio CD)
Marieann packs a powerhouse of sound into this album. Her voice is rich and velvety and luscious. Her arrangements are of the highest caliber and enhance the voice beautifully. She's right on target with creative interpretations of some favorites, and knows her voice well enough to have chosen great material for it. Her command of phrasing is especially intelligent. She sings with confidence and mastery.

5.0 out of 5 stars Think of the Great Classic Girl Singers, September 5, 2003
Bobbie Horowitz (New York, NY United States)
This review is from: Imagine If We Only Have Love (Audio CD)
If this were the 50's Marieann would be as famous as Margaret Whiting, Jo Stafford, Doris Day or Dinah Shore. She has a voice that won't quit and an understanding of what each song is saying. Her style is simple, simply good. She doesn't need to roll around a note or resort to pyrotechnics to command attention. The truth of the song flows through her. She chooses great songs, simply sings the songs and captivates her audience. This CD is a definite must for anyone who appreciates the American Songbook or simply wants to be captivated..

5.0 out of 5 stars Wow, wow, WOW!!, February 16, 2010
Carole Eastman (Los Angeles, CA)
This review is from: Imagine...If We Only Have Love (MP3 Download)
I want to add my voice to the raves which have already been expressed on behalf of this remarkable artist. My initial reaction to her singing was wow, wow, WOW! She really knocked my socks off! I stumbled upon Marieann while looking for a nice rendition of a song that I love called "Something New In My Life."
Marieann's voice is a voice that cannot be ignored. It's that good. She belts out a song with the power of any one of the great female singers. If I had to compare her voice to anyone else, I would say that it most resembles Leann Rimes, with a touch of Linda Eder and just a dash of Bette Midler. That is high praise indeed. Having said that, though, I want to stress that this woman is an original. Her renditions of these songs are unique and incomparable, truly. Her version of the theme from "Valley of the Dolls," for example, is heart-wrenching, and it far surpasses the original version sung by Dionne Warwick! Imagine that! Marieann's singing will give you goosebumps for sure, and that I can guarantee!
Please don't hesitate to buy this song collection! You won't be disappointed! Marieann's vocal performances equal even exceed those of the greatest female voices of song, and it doesn't get any better than that!

Marieanne has an incredible voice. Her song styling is second to none. Many guests came to us and asked, 'where did we find her'? Her singing contributed beautifully to the magic of our wedding, Every guest commented how much they loved the music. Marieann's musicality, simplicity and muscian trio were described as 'perfect' by many. We wanted a singer with a voice and style outside the paradigm of 'wedding singer'. We searched and searched realizing and hoping we will 'know it' when we hear it. Listening to Marieann's voice the first time we immediately knew our search was over. A New York vocal stylist with a voice that beautidully hangs in the air.

The stunning Marieann Meringolo is both poised and elegant. After an extensive entertainment search, I kept returning over and over again to Marieann’s captivating clips on Gigmaster. She embodies the thrill and excitement of New York City. Marieann provided a stellar performance for my husband’s surprise fiftieth birthday party. The world is full of celebrities but, few have the magic to sparkle and shine like Marieann. She’s a star!

Marieann and her trio were fantastic! I would recommend them for any affair everyone at the party loved them. Thank you for making our moment even that more special 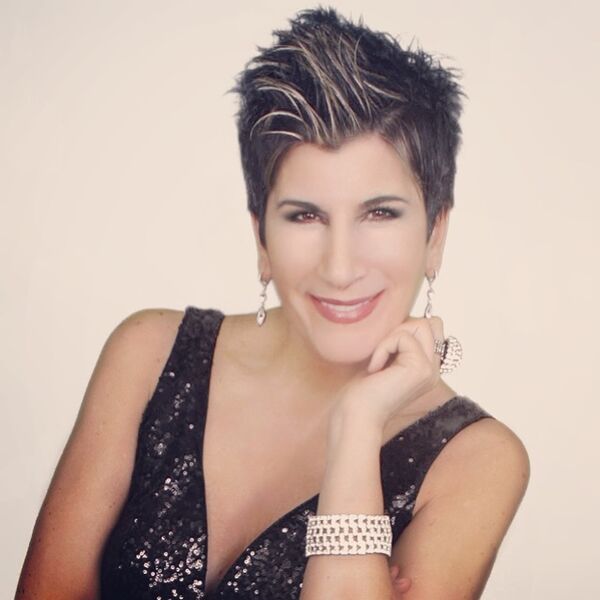 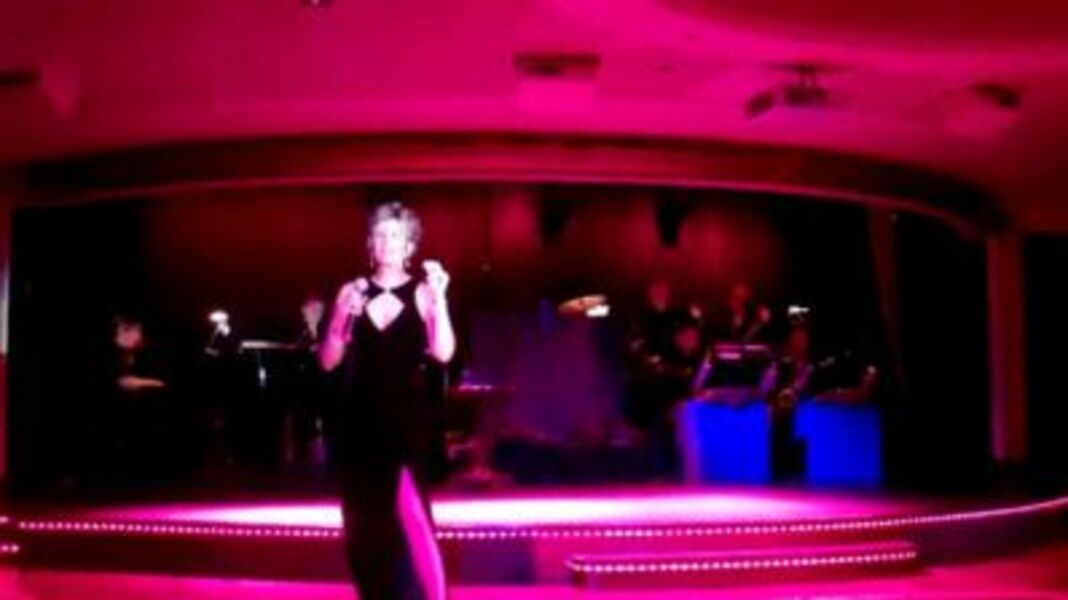 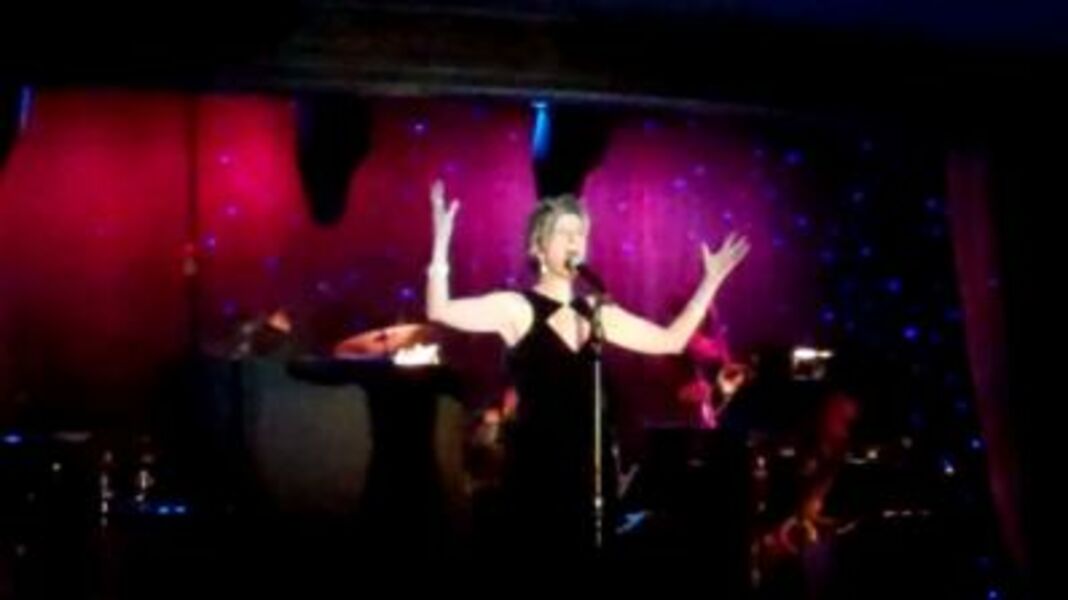 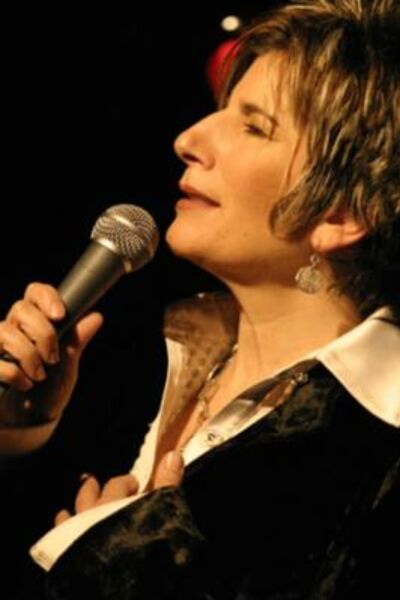 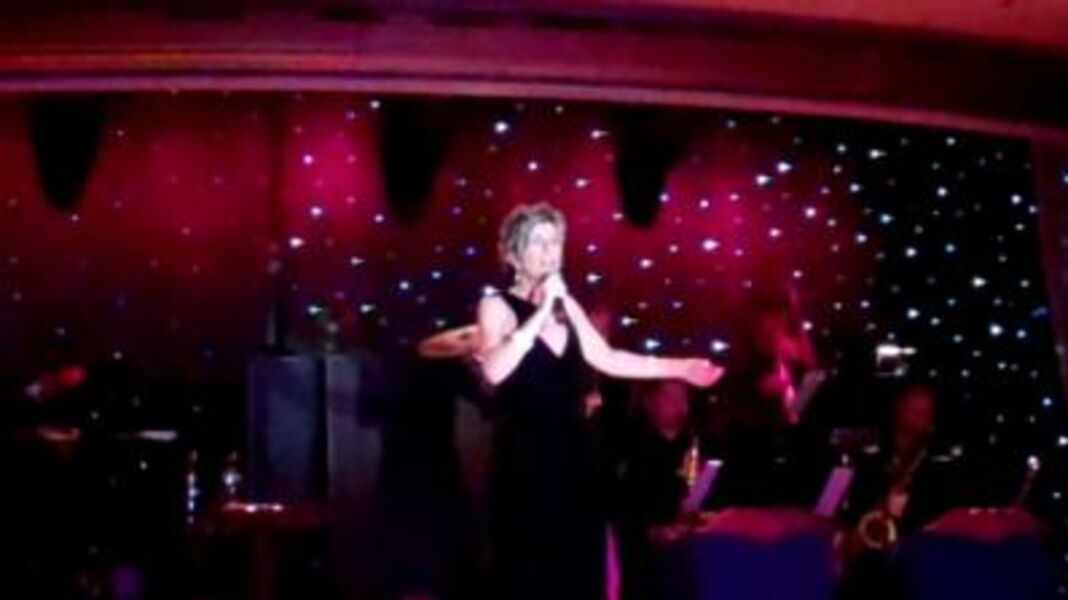 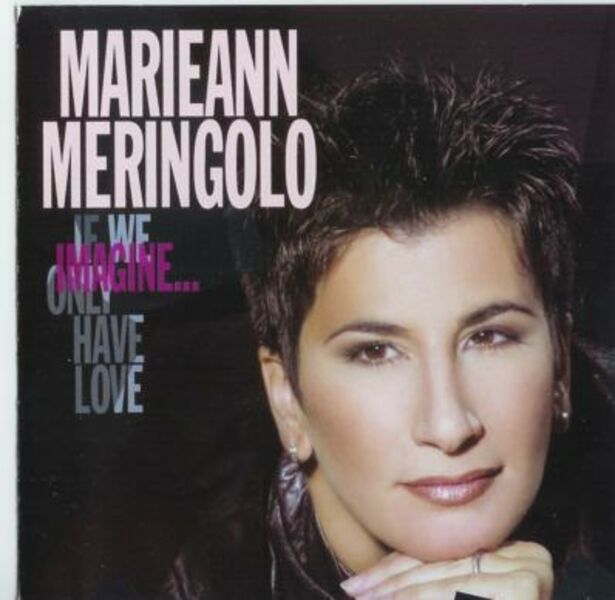 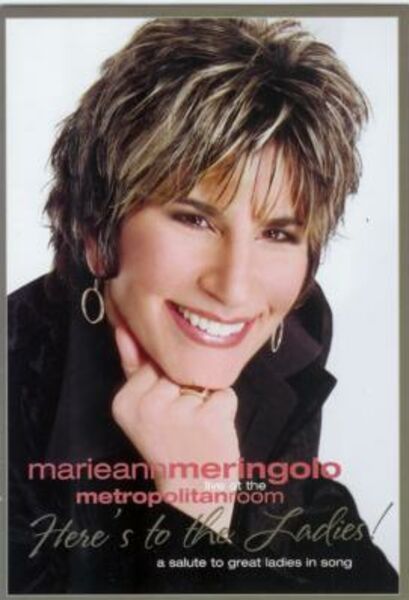 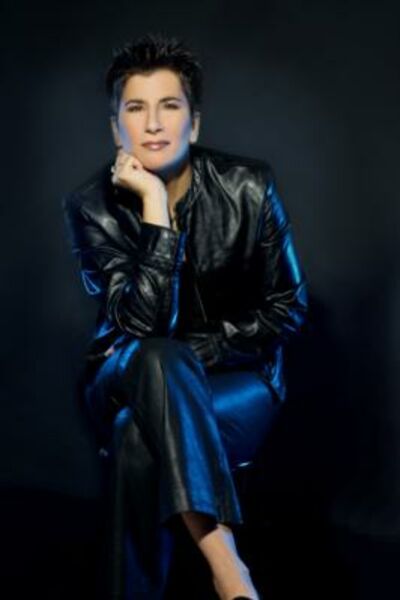 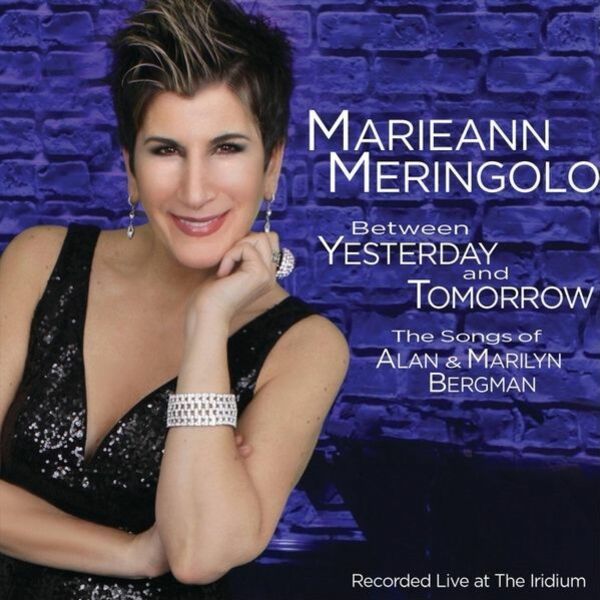 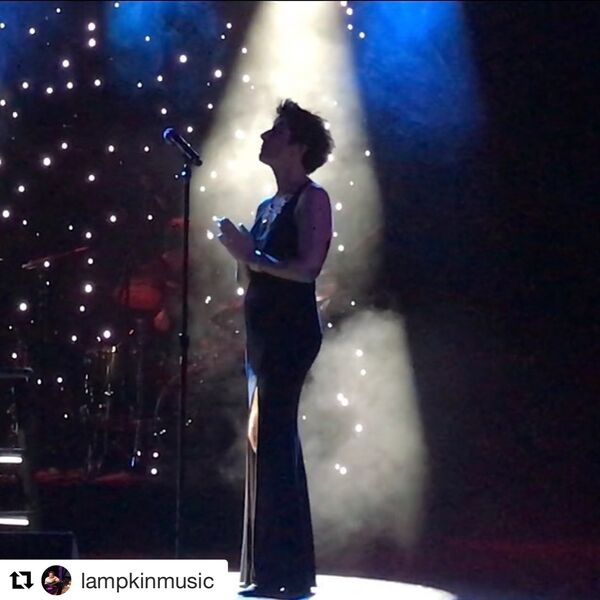 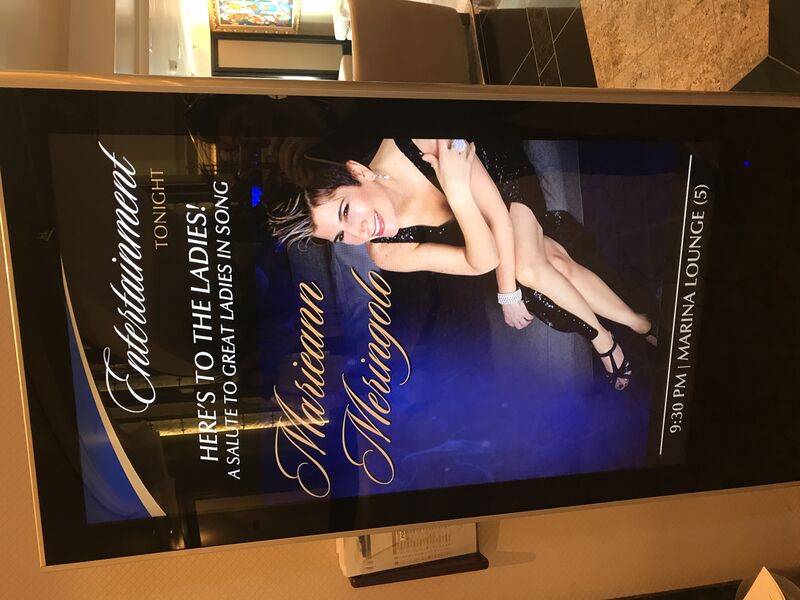 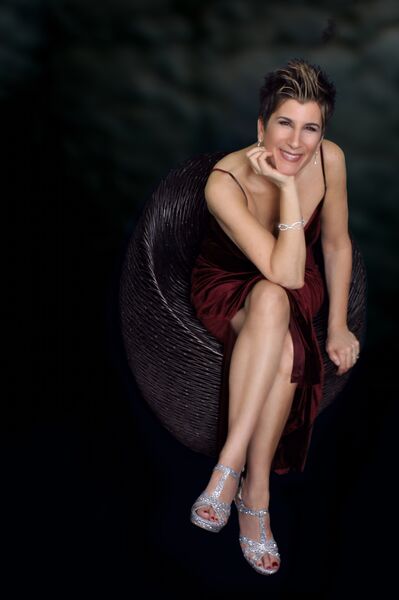 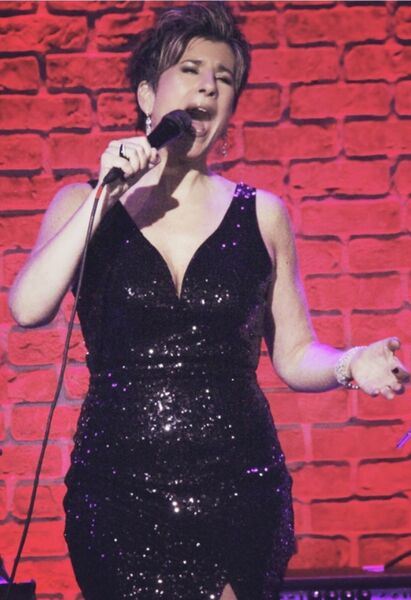 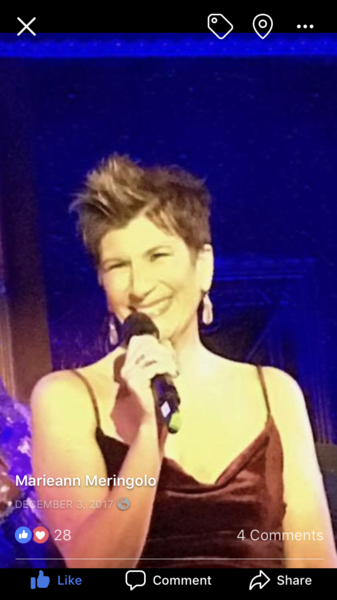