Stand Up Comedian from Visalia, CA - Will travel up to 500 miles
5
11 VERIFIED BOOKINGS
MEMBER SINCE 2014
ACCEPTS ONLINE PAYMENTS
$250 - $2500 per event
ACCEPTS ONLINE PAYMENTS
Dave Bressoud is an seasoned comedian, motivational speaker and trainer. He has a commanding presence on stage and makes the audience a part of his act. He performs at comedy clubs, gives motivational speeches and provides training. Dave also produces comedy shows for clubs, corporate events, charities, fundraisers and private parties.

We hired Dave as the keynote speaker at our annual state conference in October. Dave was given the task of providing a harsh message regarding declining membership and I will admit I was a bit nervous on how the message would be received but he met the challenge. His presentation engaged our members from the beginning with his humor and direct approach. The message delivered was "spot on" and created immediate value to the attendees. We would definitely recommend.

Awesome fun at our Masquerade Gala

Dave was awesome and so entertaining for the adults and children in attendance of our Frozen Masquerade Gala. So appreciative that he "toned down" his set for the little ears in the audience. We loved his jokes and his take on life with kiddos. So funny! His stories from his own experiences are great and I would recommend him for any of your events, adult only or with kids.

Dave was the MC for our event. He really did his homework on the retiree and his family, using the information in his show.

He was extremely funny and we would definitely use him again!


What a great night!

We are a charitable cycling organization. Dave did a great job as our emcee. He told jokes that catered to our biking community and helped us raise a lot of money for the different local charities we support

Dave is phenomenal. We had him provide entertainment for our staff party. We gave him specific directions about it being “clean comedy” and also uplifting. He followed these directions and provided an outstanding performance. He also researches the type of audience he has so his performance can be geared towards them. We found him to make a positive to each member of the audience.Thank you!!!

Dave was a hit at our School of Nursing retreat. He provided just the right mix of funny and inspirational thoughts. He got our retreat off to a wonderful start and set a great tone for the day. Would certainly hire him again!

My staff loved Dave - they raved about him after the event! Extremely funny! 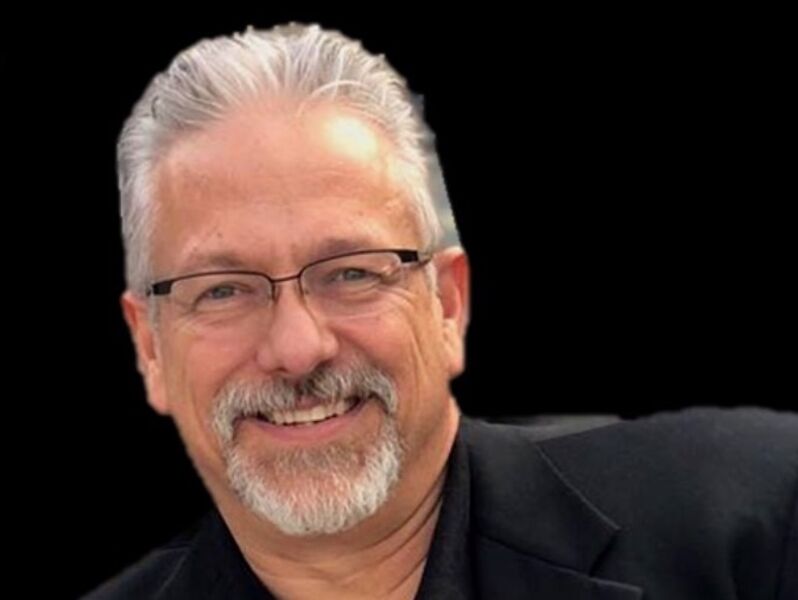 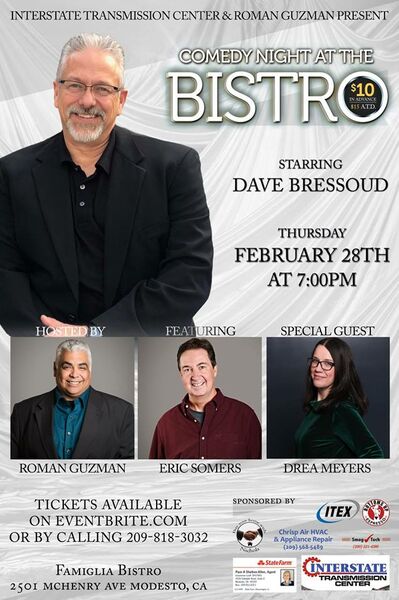 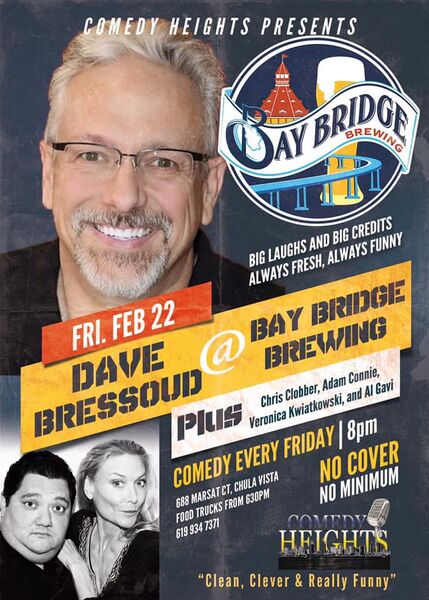 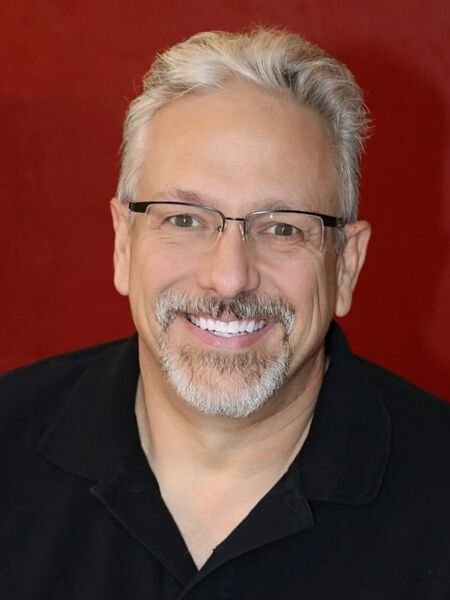 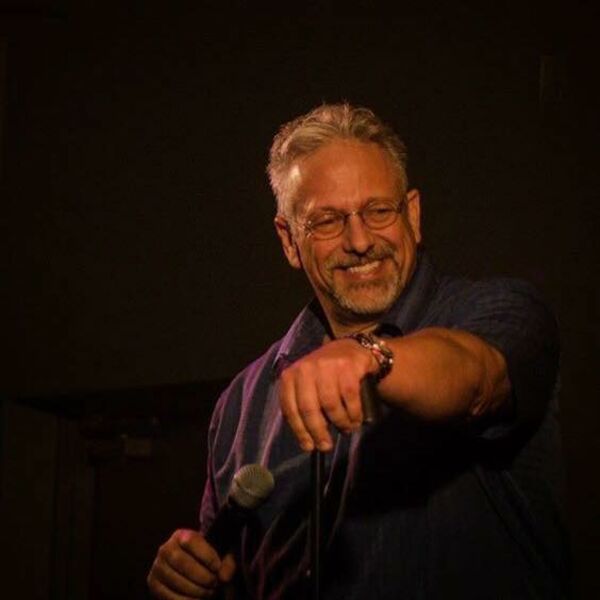 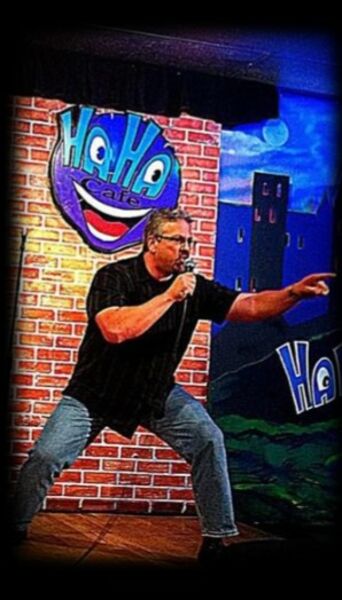 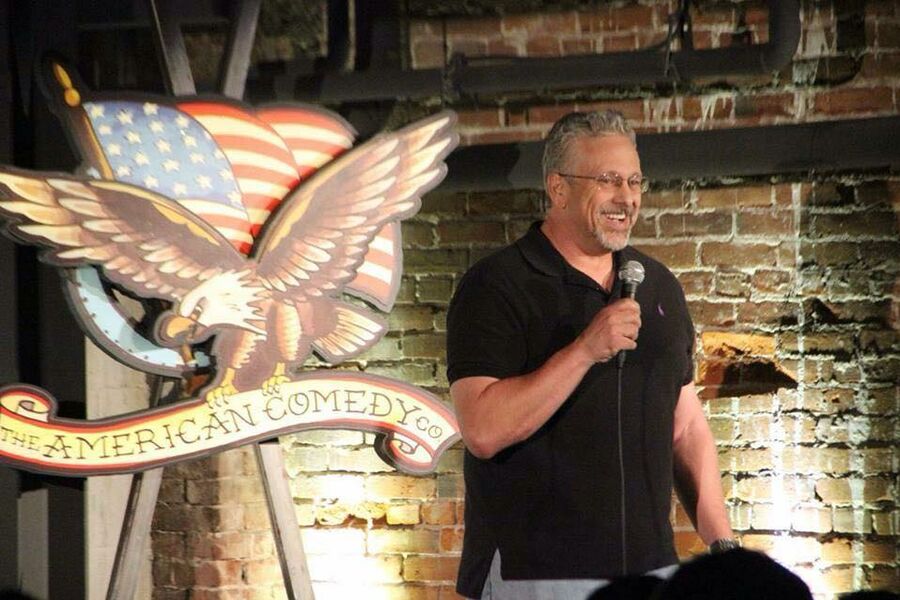 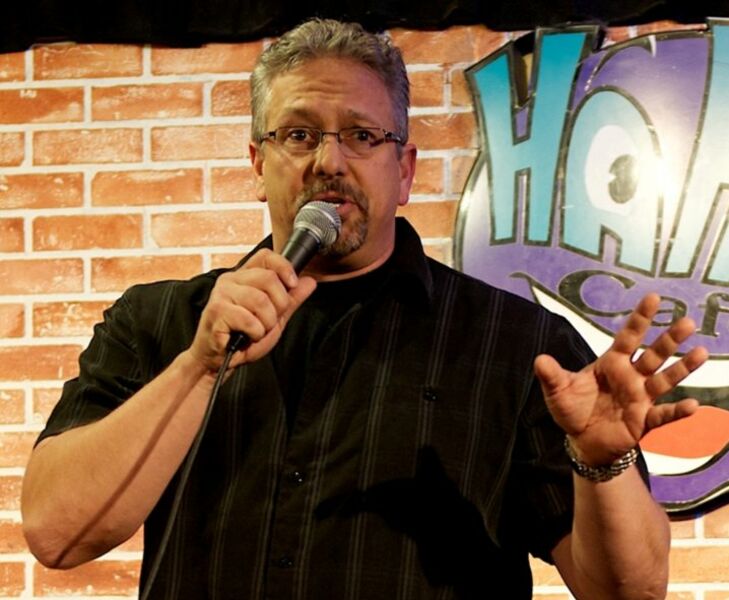 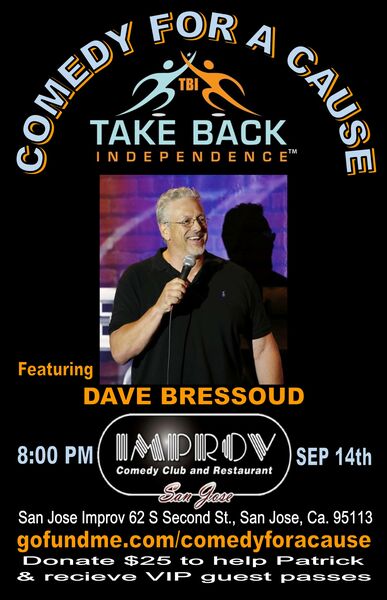 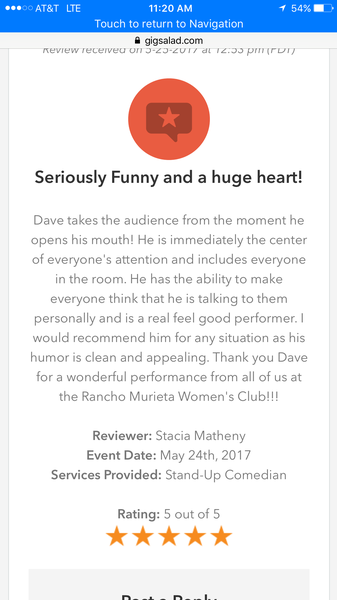 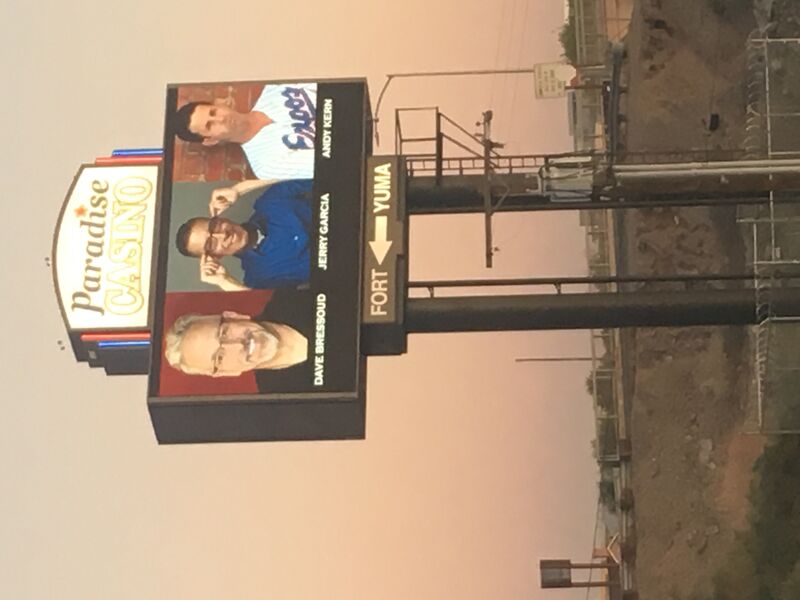