String Quartet from Charlotte, NC - Will travel up to 100 miles
2 VERIFIED BOOKINGS
MEMBER SINCE 2016
$50 - $50 per event
The Nelson String Quartet is one of the most sought after ensembles in North Carolina for wedding ceremony music, corporate events, and parties. The group performs both classical music as well as original arrangements of popular non-classical songs, bringing a level of artistry and professionalism that your guests are sure to notice.

Violinist Tasi Matthews, originally from Charlotte, NC, has been active as a chamber, orchestral, and freelance musician in the Triangle area since 1997. She is currently the Concertmaster of the Chamber Orchestra of the Triangle and also plays frequently as a pit musician for the Broadway Series at the Durham Performing Arts Center. In the past, she has performed with the Greensboro, Durham and Raleigh Symphonies. She served as the concertmaster of the Raleigh Symphony for 15 years. Other groups she has performed with include the Chapel Hill Chamber Orchestra, Oleander Chamber Orchestra, Opera Company of NC and Capital Opera. In addition to classical music, Tasi has had the opportunity to perform with some well-known artists including Josh Groban, Clay Aiken, Mary J. Blige, Harry Connick Jr., Mannheim Steamroller and the Tran Siberian Orchestra. She began her musical studies at the age of four with Mary Jane Kirkendol and continued her musical education at UNC, earning her Bachelor of Music degree while studying with Richard Luby. She also earned her Masters of Music from the NC School of the Arts in Winston Salem, where she studied with Kevin Lawrence. In addition to teaching and performing, Tasi enjoys spending time with her husband, Jason, and their three children.

Violinist, Katy Meiste, born in Aberdeen, Scotland, moved to Houston, Texas at the age of six where she graduated from Houston's High School for the Performing and Visual Arts with Highest Honors. She continued her musical training at the Boston Conservatory where she earned her Bachelor of Music degree as a student of Lynn Chang and her Graduate Performance Diploma under the guidance of Irina Muresanu. While in Boston, Katy played with the Boston Ballet Orchestra, Emmanuel Music of Boston, and The Orchestra of Indian Hill. In 2008, Katy moved to Lubbock, TX and was Associate Concertmaster of the Lubbock Symphony Orchestra from 2008-2009. In 2009, Katy moved to Midland, TX, and from 2009-2012, she served as Principal Second Violin in the Midland Odessa Symphony and Second Violinist in the Permian Basin String Quartet. In 2012, Katy relocated to Illinois where she performs with the Rockford Symphony Orchestra, Renovo String Orchestra, Tenuto Orchestra, and Chicago Composers Orchestra.

Simon Ertz is principal viola of the Winston Salem Symphony, is member of the Greensboro Symphony, and plays as a regularly with the Charlotte Symphony, North Carolina Symphony, and the Sarasota Opera Orchestra. Simon was the violist with the Degas Quartet from 2002 until 2012; before that he was pursuing a doctoral degree in viola performance at Michigan State University where he was also a teaching assistant. A native of Scotland, Simon studied viola at the Royal Northern College of Music where, as a member of several chamber music groups, won several prizes including the Terrence Weil and Leonard Hirsch competitions, and was awarded the Thomas Barret memorial prize for viola. After working with orchestras such as the BBC Philharmonic, Northern Chamber, and the Royal Liverpool Philharmonic in the UK, Simon moved to Michigan to continue his education, where he completed his Master's degree at Michigan State University. 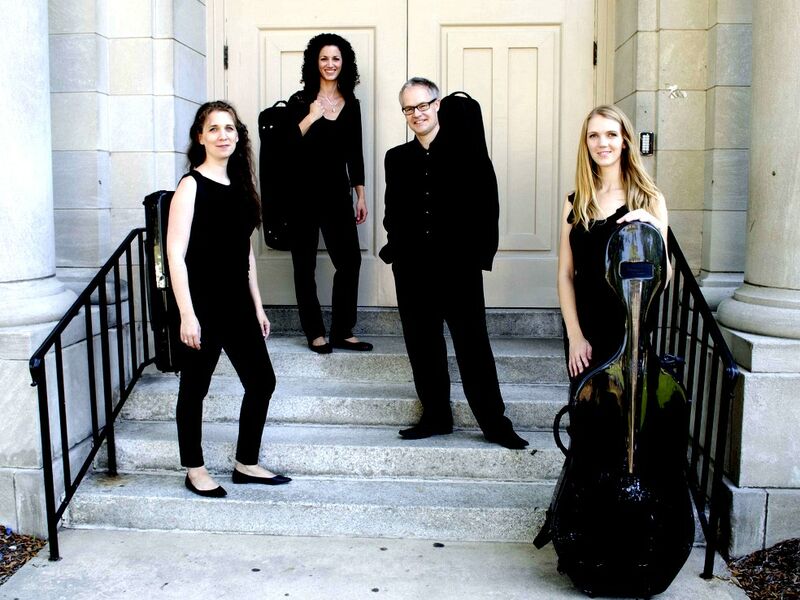 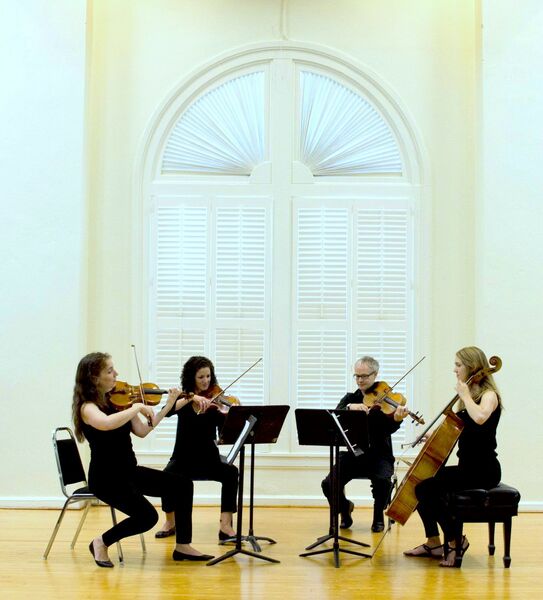 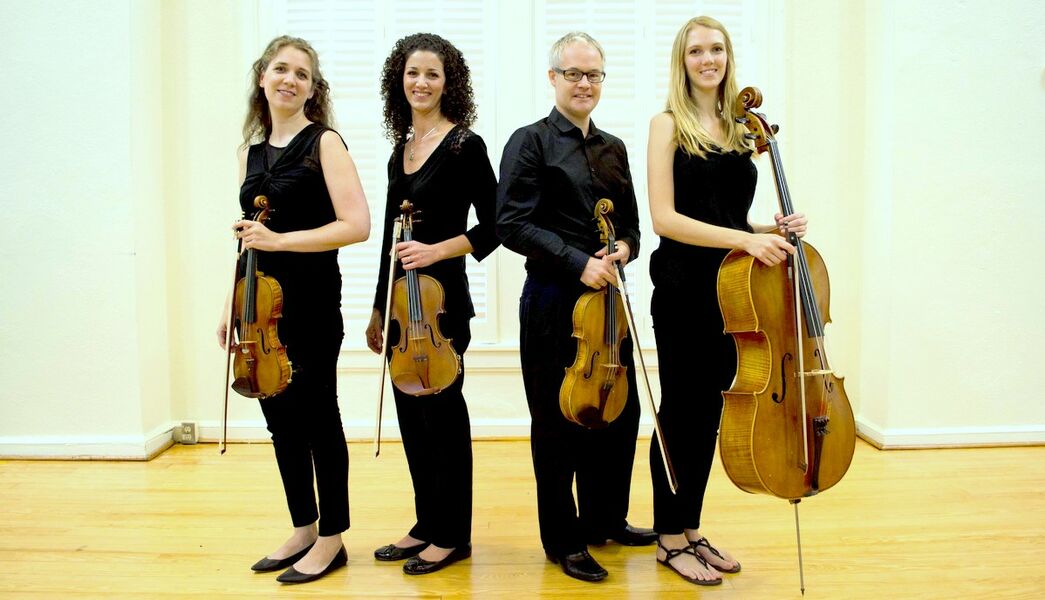 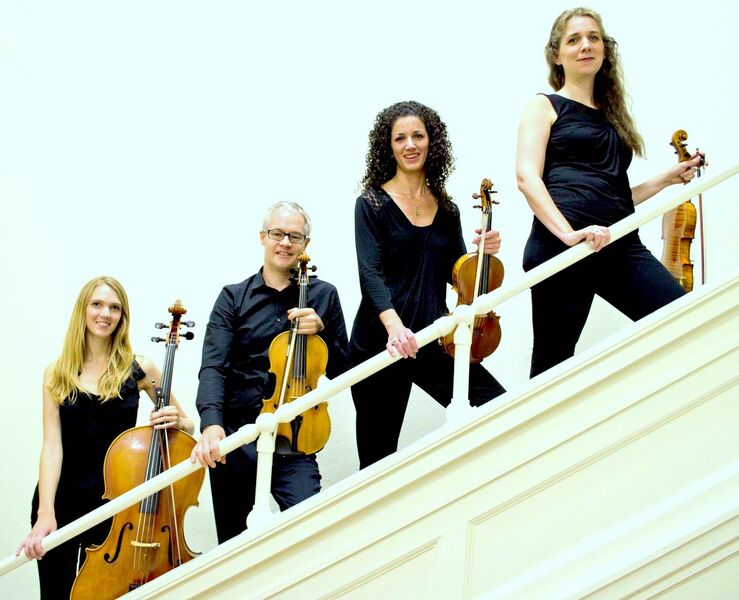 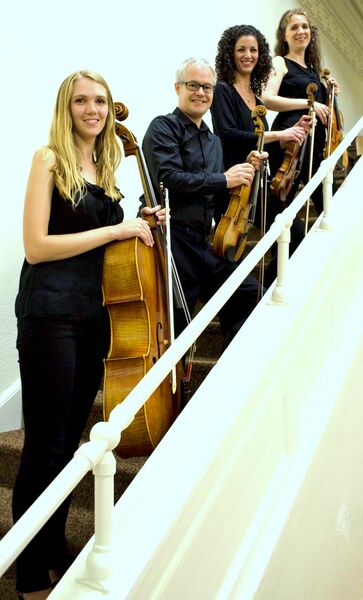 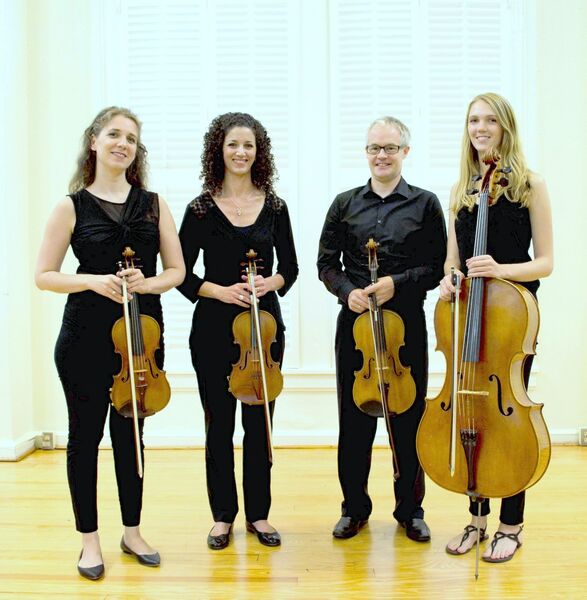 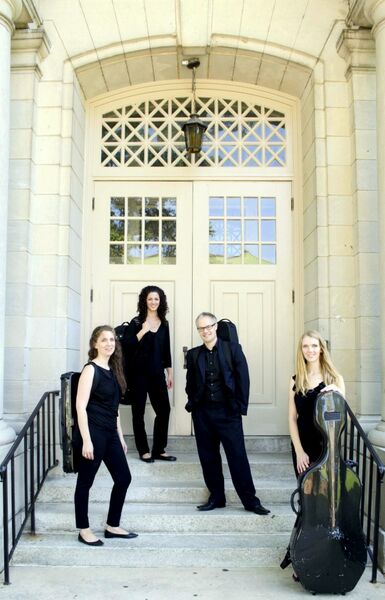 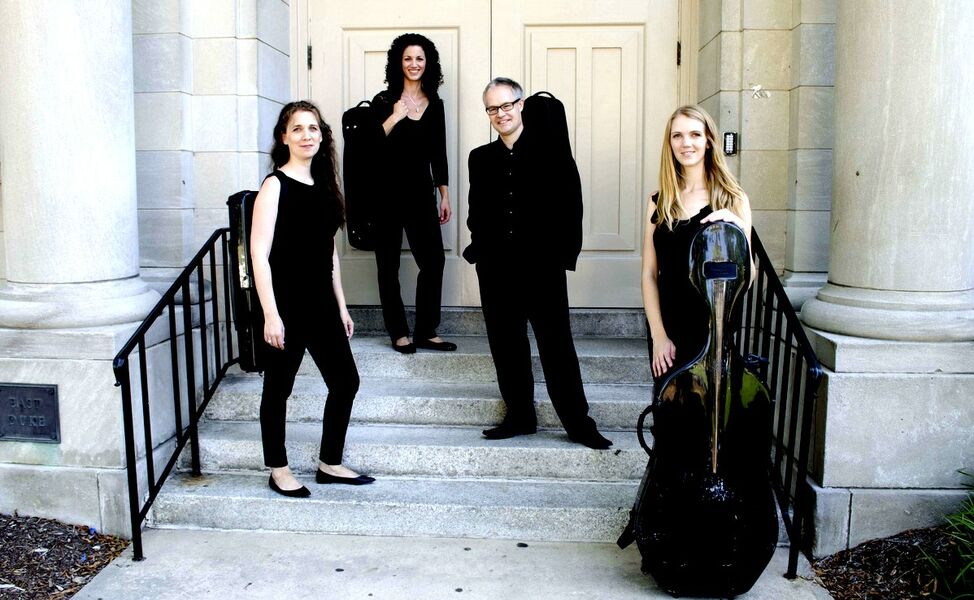 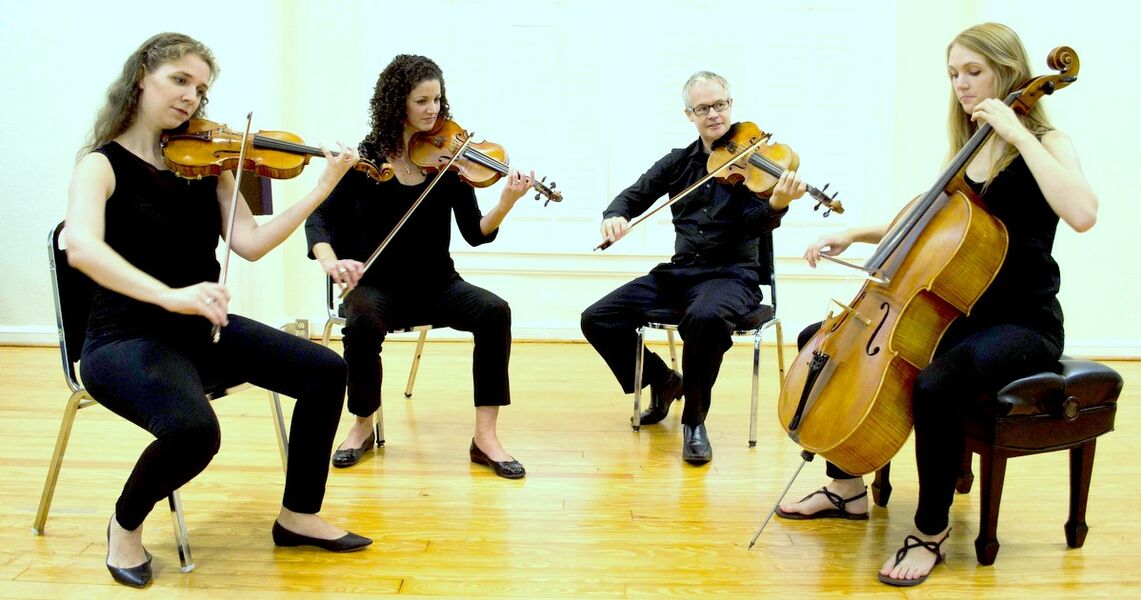 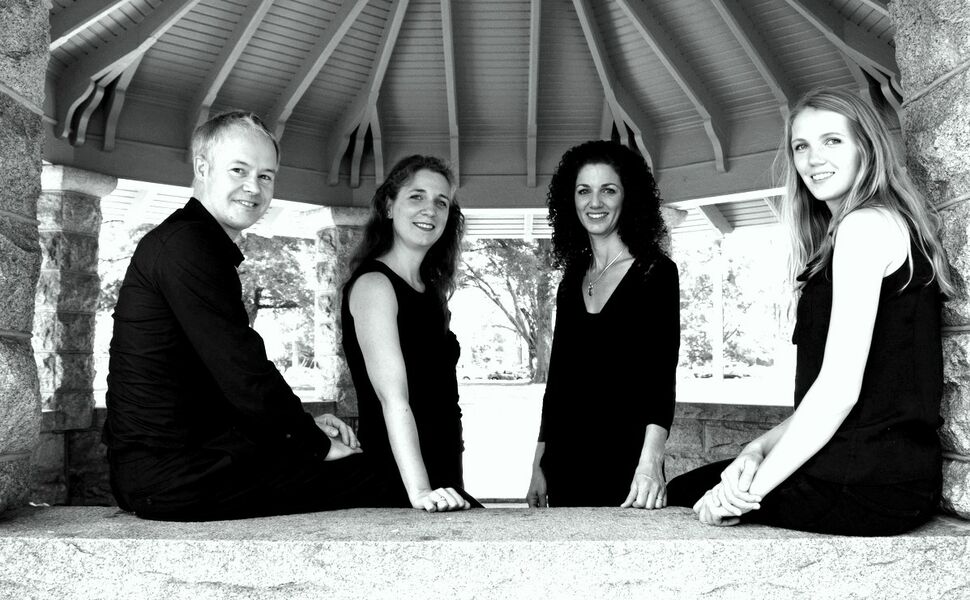 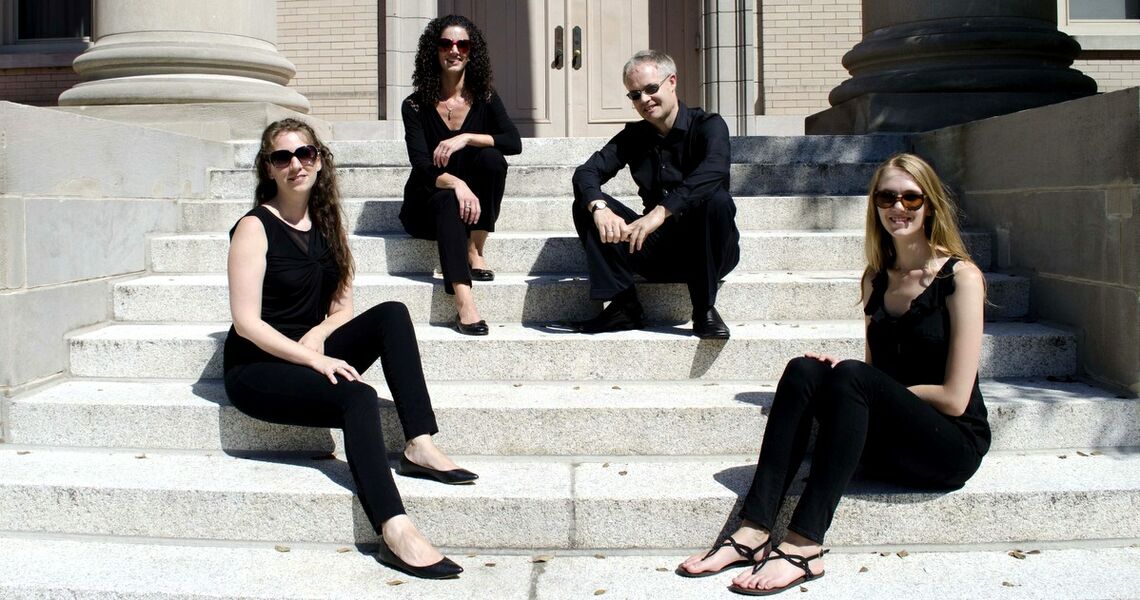