Variety Band from Hollywood, CA - Will travel up to 10 miles
MEMBER SINCE 2014
$500 - $2000 per event
"Sunshine" is an award winning female artist, producer, songwriter and actress from Hollywood, Ca. "Sunshine's" vocals are strong yet intimate. She draws from a deep country well; and blends a variety of styles like country-rock-blues and bluegrass on her original gospel songs. She is currently the choir director and her husband is the band leader for the evening services on Sunday and Wednesday's at New Hope Baptist church. Her latest CD releases are an original country CD titled, Brenda-Mississippi Woman and Sunshine- SHINE!!! "Sunshine" is the producer on “Shine!!!” her 3rd gospel album. She wrote nine of the songs from this gospel country CD and co-wrote three. She performs in a husband/wife duo as "Sunshine & Moon", or a 7 piece band as, Shine! Shine!! Shine!!! They enjoy producing, writing and spending time with family and playing with the grand-kids. They appear regularly on the TV show Nashville Showcase. "Sunshine" was an actress as a teenager and a full time Mom for 20 years while running her recording studio Hot Trax Studio's in Nashville, TN. "Sunshine & Moon" are currently playing gospel music and classic country music in Florida and occasionally touring the U.S. They are currently booked twice monthly since March 2015 to December 2016 at the American Legion in Crystal River, Florida. They played every Saturday at the Brooksville Elks Lodge throughout 2015. Other regular performances in include Cody's RV Resort, Holiday RV Resort, VFW, Mikes Dockside, Spring Hill Moose Lodge, and Dayspring Presbyterian Church. They were the praise band at the United Methodist Church of Spring Hill and play regular concerts at New Hope Baptist Church in Brooksville, Florida. 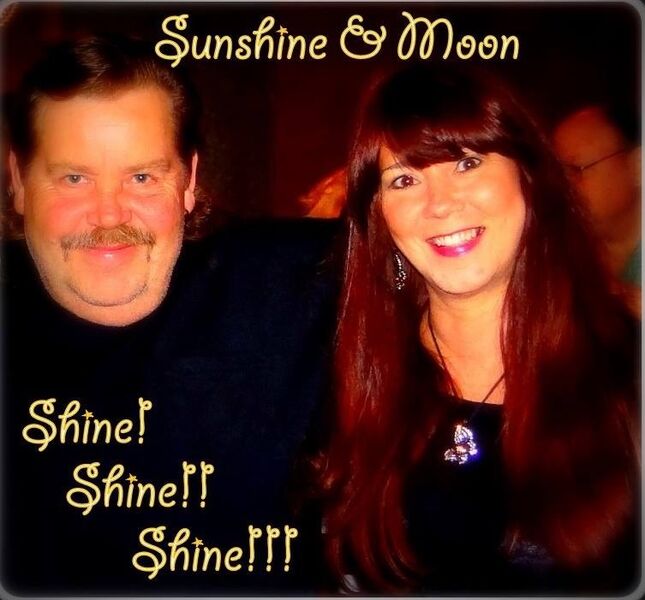