Over 54 CLIENT REVIEWS (All 5 Star) between our 4 EPKs

"Betina and her husband, Nick were completely fantastic at our wedding. Nick was able to play classical guitar at the ceremony, and also to arrange a piece from one of my favorite movies on guitar as the processional. They were able to accommodate a wide range of music, rearranged pieces creatively, and really just wowed the crowd at the reception. We got tons of comments on how fantastic they were and I'm sure they will get more gig offers from our friends. Also, they spent hours on email and the phone with us prior to the wedding, confirming every detail. They made every announcement I requested, and did everything with a smile. Love them! "
Quinn D. Wedding in Stockbridge, MA 07/27/2013

"Nick & Betina performed as a duo for our daughter's wedding welcome party. The venue was Cooperstown, New York on July 4th. Nick & Betina arrived in patriotic garb (they asked our preference & were happy to comply) and provided an evening of true American music from bluegrass to patriotic to old-timey. Musically, they were excellent. Professionally, they were on-time, cordial & accommodating to our needs & requests. They provided a true Independence spirit for a true American locale. We would definitely hire them again. A number of NYC residents intend to seek them out at performances in their area. Thank you for making our evening great!" -Cynthia B. Celebration in Cooperstown, NY 07/04/2013

Nick and Betina were the absolute best thing that happened to our wedding reception! Our guests are still raving about the music. Both Nick and Betina went out of their way to make sure that everything was just as we wanted it. They even accommodated some new songs that we sprung on them at the last minute. They also added a Sax/Clarinet player that was outside of their normal band, he was amazing! This whole ensemble was truly great. Their professionalism and helpfulness truly went above and beyond. I simply cannot say enough good things about them and would hire them again in a second! The videos posted here do NOT do this band justice, they're truly amazing. -Lyman T, 10/22/2011, Wedding Reception, Lakeville, CT

Nick Russo is the most accomodating musician you could ever hope to work with. He honored every song request we asked for. He went above and beyond when he and his wife helped me compose an original song for my husband as a surprise. He then accompanied me on the song at my wedding. People couldn't stop talking the entire night about how amazing the song was. His talent is phenomenal. The feel his musicianship lent to the cocktail hour & ceremony was one of elegance, sophistication, fun, uplifting, and beautiful. I highly recommend him to any future bride, not just for his talent, but for his warm and inviting personality as well. Thanks Nick! Jessica & Paul Bartels
-Jessica A., Wedding Cocktail Hour in North Bergen, NJ 6/10/2012

"Nick was extremely accommodating, and suited our smaller event with only one of his "scooches", who was also an amazing musician. They played to a party full of amateur and pro musicians, and were extremely accomodating to both - great session guy! In addition to top-notch musical talent, he kept the party humming with a warm and welcoming vibe and made our party a really memorable and AWESOME event! Lot's of great feedback from all who were there! I would heartily recommend him for any event, large or small!!"
- Judy L. Fundraiser in Poughkeepsie, NY on 05/04/2013

Simply put, this band rocks. The musicians were prompt, professional, personable and most of all incredibly talented. All of my guests commented that they loved them and at least 50% of my guests asked where I had found them. Very fun music.
- Fernando j a; Birthday Party in Weston, CT on 9/6/2014
(more)

I can't recommend these guys enough. We hired them for our wedding, and while we were adrift in the sea of wedding-related craziness, all our interactions with Nick and Betina were like little islands of calm, happy, good vibes. They put together a custom set list that was PERFECT, learned some special requests, & got our giant family dancing like crazy. We found and fell in love with them based on their videos, but they are really EVEN BETTER in person. There's no way to capture their talent or infectious positive energy in a review, so I won't try—but I will say that if you are on the fence about booking them, just do it! It will be the best decision you ever made.

I worked with Nick setting up the event and he was great! He was very flexible, professional, and communicated with me on a regular basis. The night of the event the band arrived on time, were friendly, professional and sounded great! They even sent us an extra musician! They read the mood, played appropriate music and were considerate of the volume. They were flexible with the schedule and unexpected changes that occurred. We had Betina and her brother swing dance for an hour and teach us a few moves. It was a bit difficult to get people to participate but they didn't get discouraged and eventually got people to dance! They really are a fantastic group! Thank you!

Nick Russo and the Hot Jazz Jumpers are amazing. They're always professional, courteous, responsive to your requests and needs, talented, and know just how to set the right mood for the crowd. We've hired them for the last 2 year's NYE celebrations and intend to bring them back again for a third time. 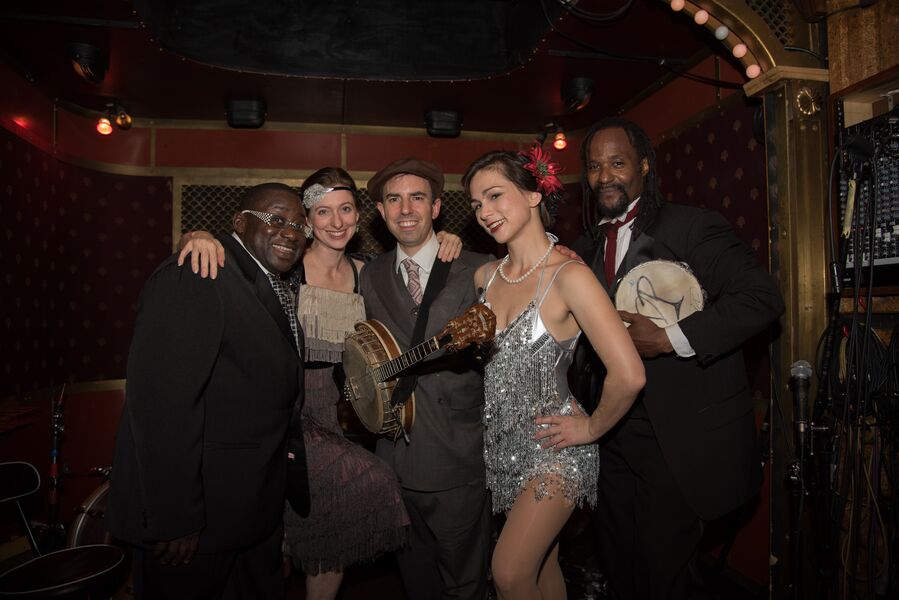 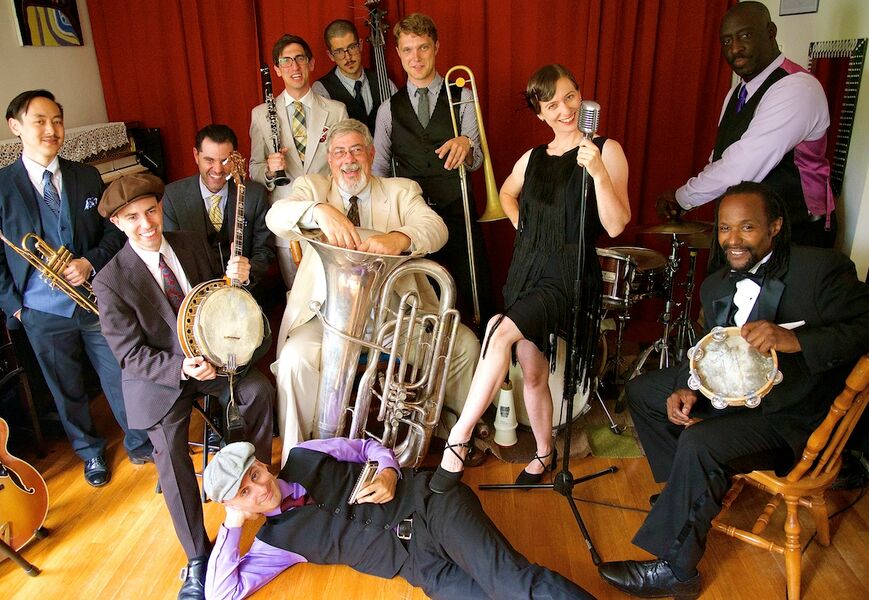 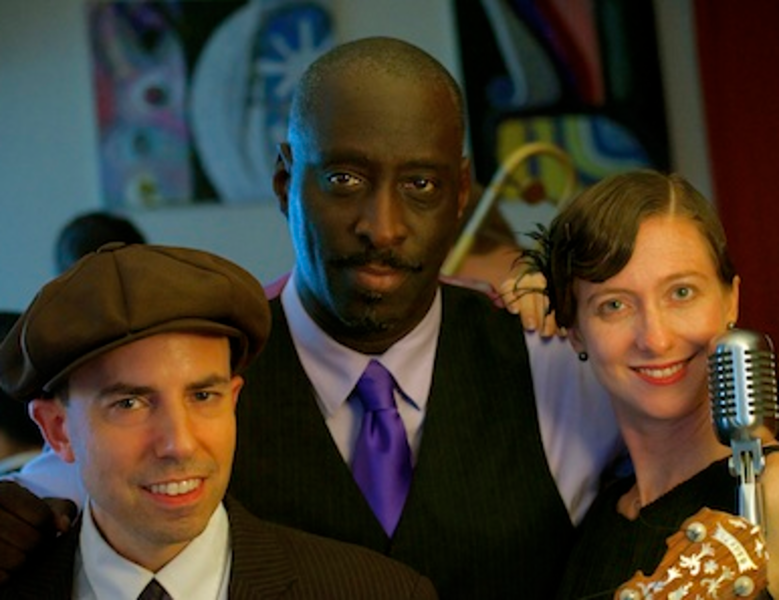 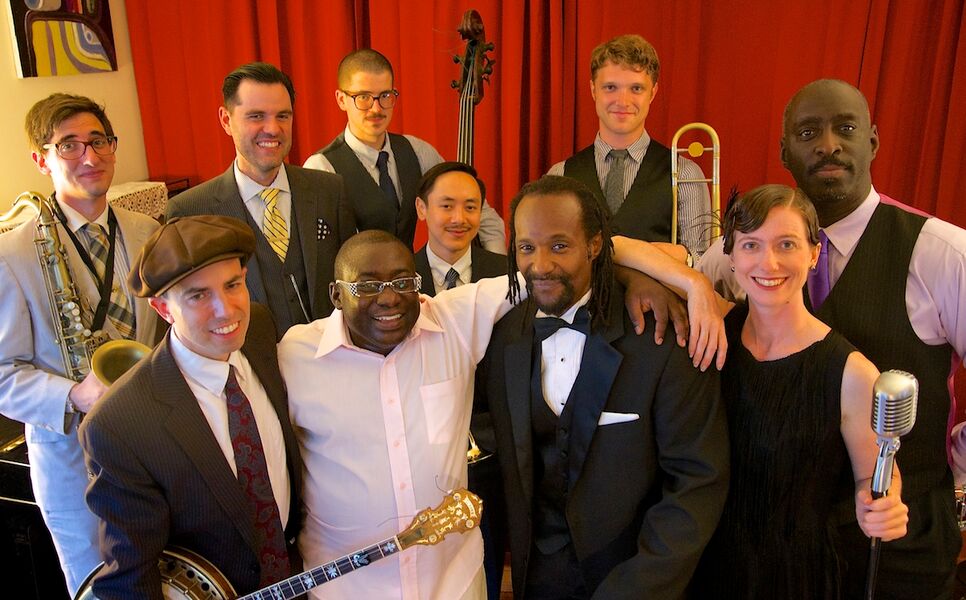 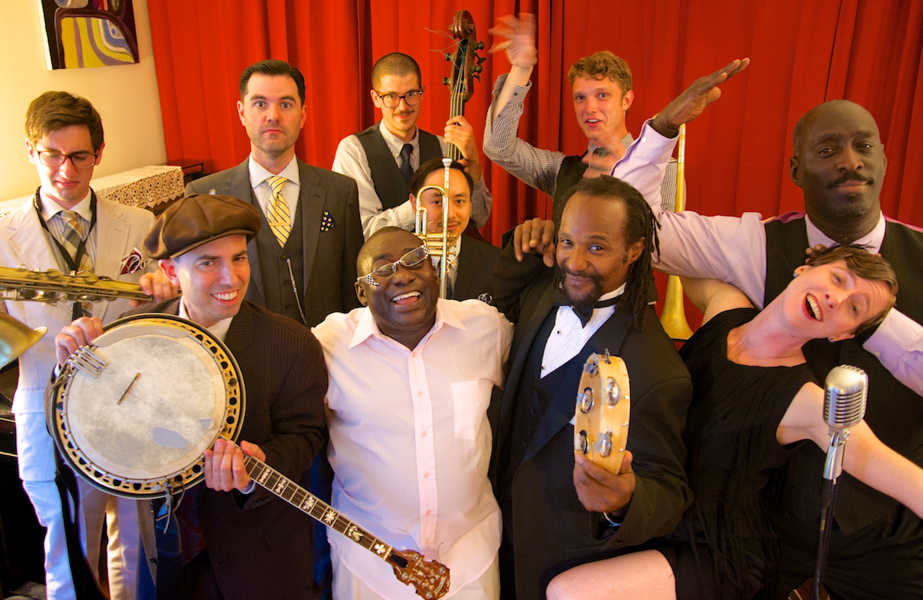 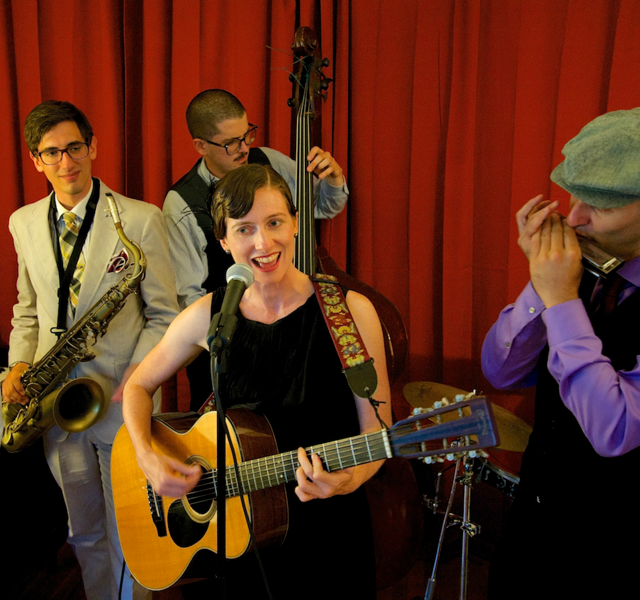 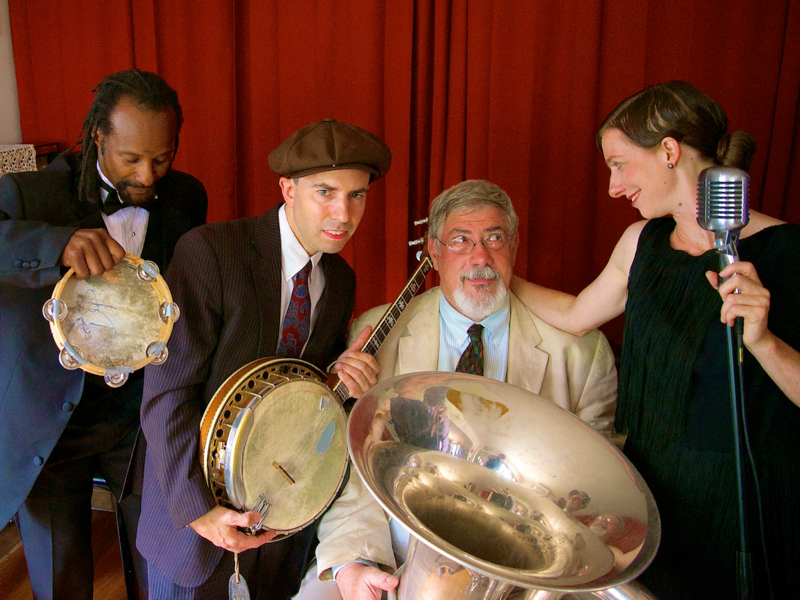 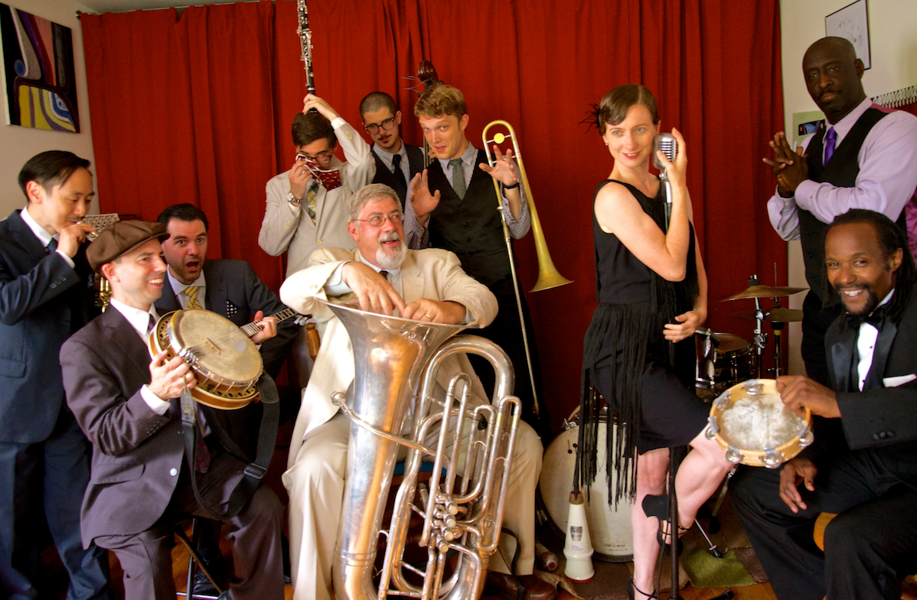 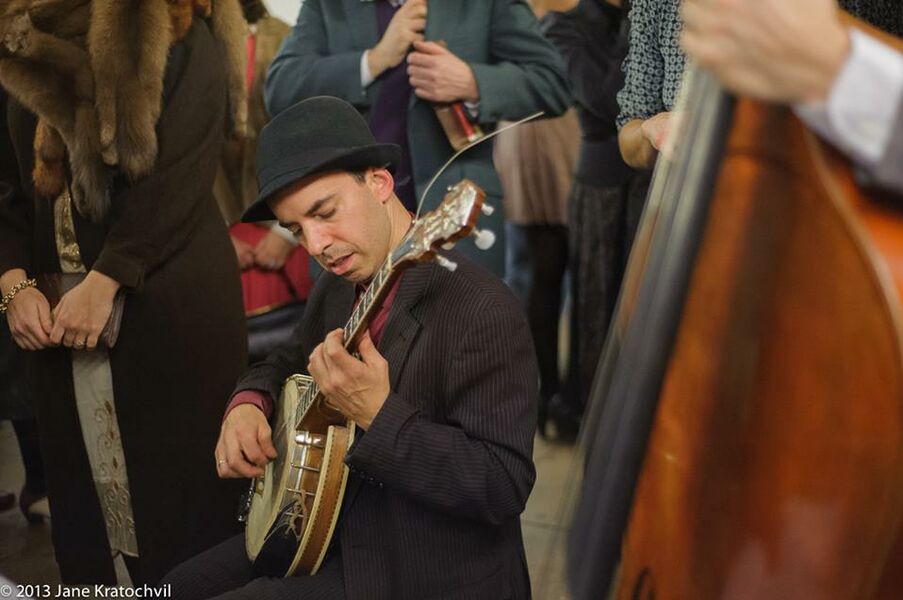 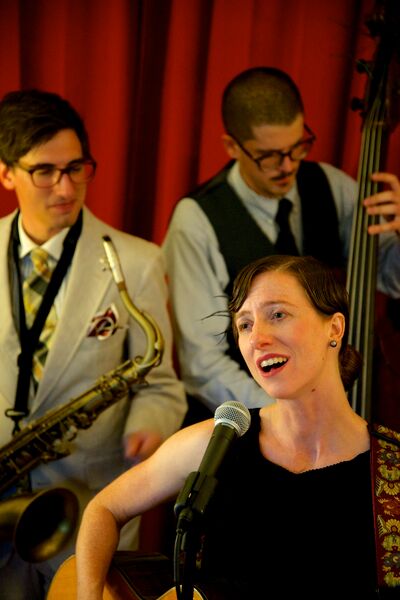 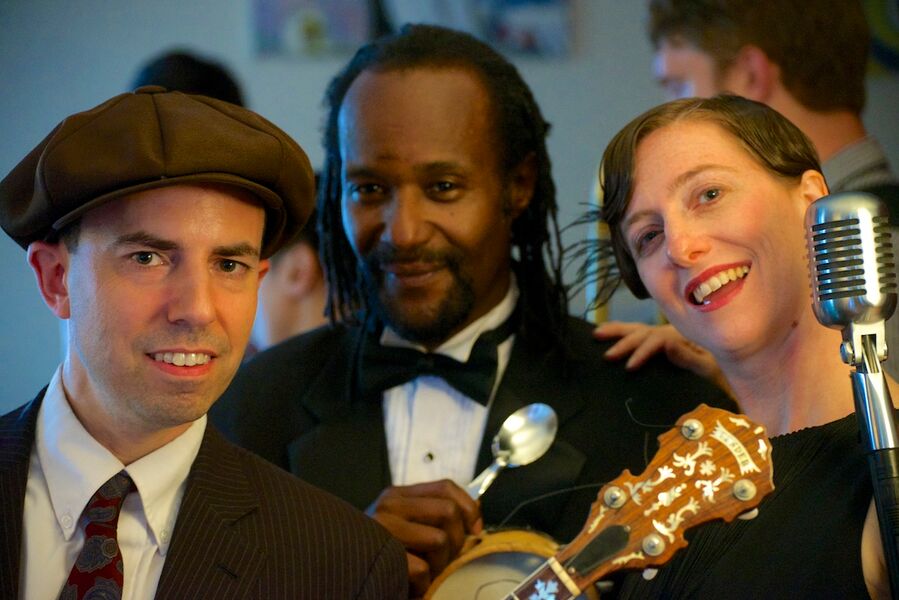 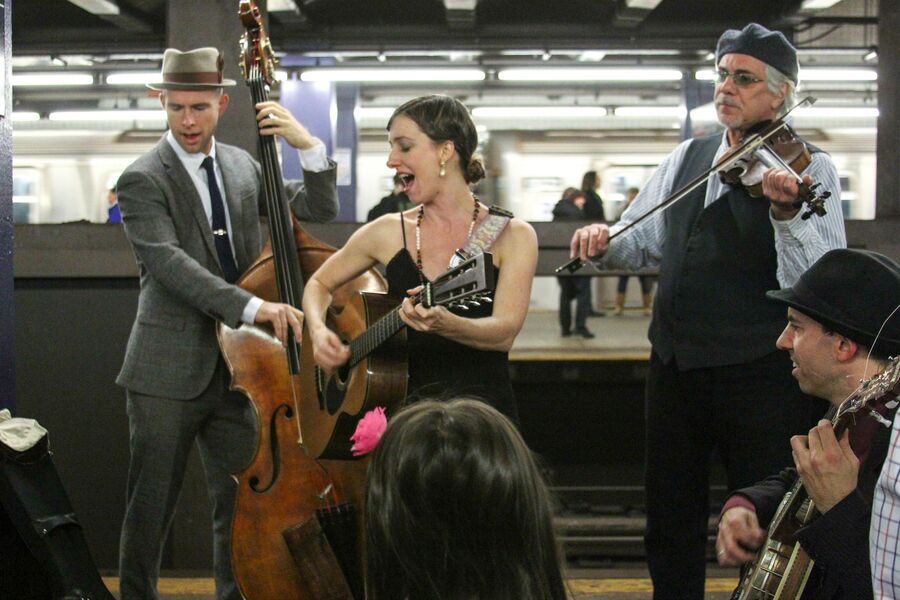 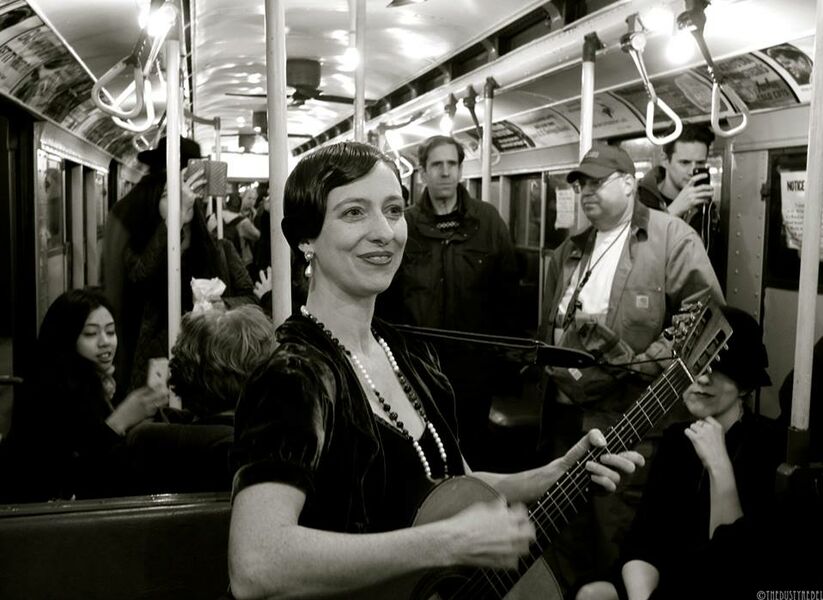 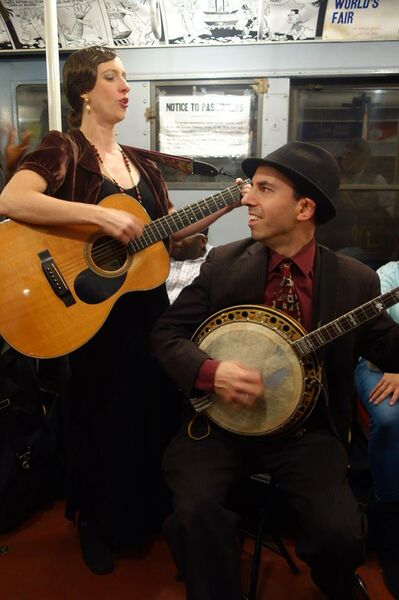 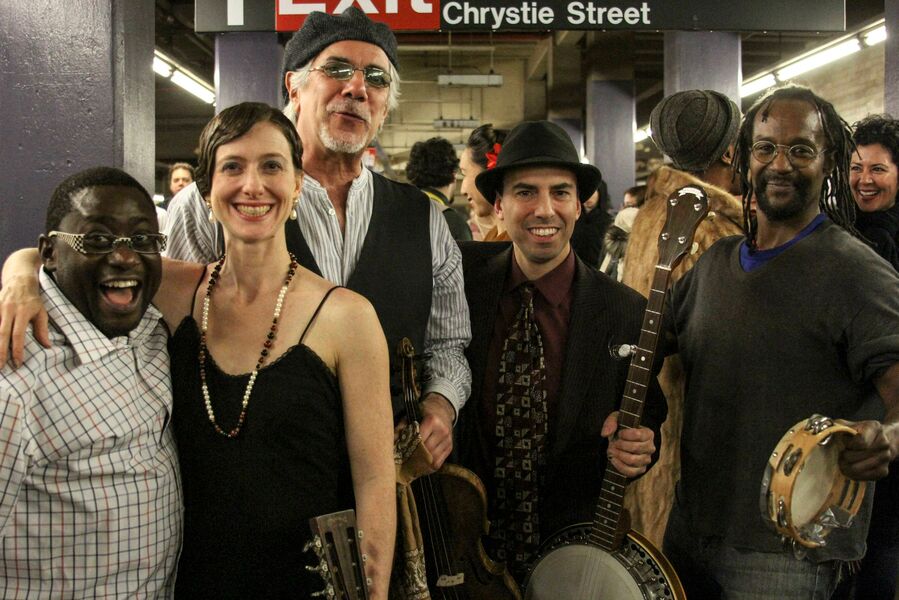 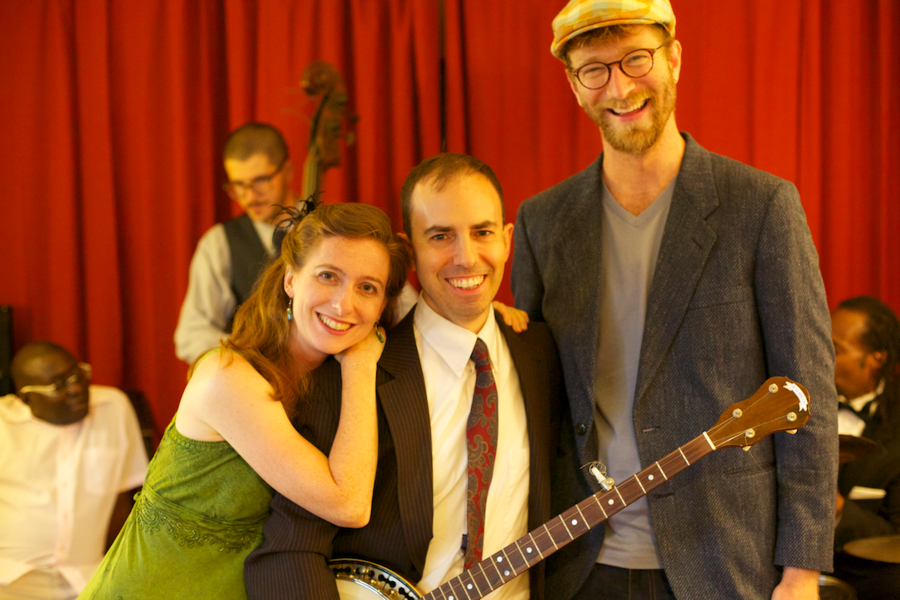