Santa Glen was the best. He was punctual, looked the part, engaging with the children and the guest. I didn't know what to expect but he was simply amazing. We will definitely book again and hope he is available because he is that good. Thank You!

Thank you so much, Vanessa. I'm so glad you were pleased. Santa Glen does get booked up early each year, so if you can contact us by September of 2020, you will definitely get him! I will send your review to him as well. Thank you again. Robin Fife

Twisty was amazing, so easy to work with and did a great job at our party!

I would rate my interaction w/Robin as a 5. However, the Santa that we originally wanted was switched to accommodate our schedule. Bill Evans was early, a nice man, however; was inexperienced, didn't have the natural enthusiasm/jolliness of a Santa that we expected for $350.00. The Singing Chicken on the other hand (hired in April 2018), was 5 stars across the board and would have been a fantastic Santa.

Thank you so much Jane. The performers said they enjoyed the job. Robin

he was good. games were not age appropriate

We were so pleased with the performance. Serge took. The information and ran with it. Couldn’t be happier with our event.

There were on time nice and do nice face painting

Our Santa was wonderful and the children absolutely loved him! He was a perfect Santa. Thank you!!

He was amazing! So kind with each child and was fun to work with. Thank you!

Thank you so much, Shira. I will forward your comments to Santa Glen. Robin

We were very pleased with Santa. He kept the children entertained and we believe the fee was very reasonable.

Tom the knight came over on the hottest day of the year to the delight of my 7 year old.

Hello Martin, Thank you so much for the great review. I'll forward it to Tom. That day caused him to purchase a new used car that had air conditioning!!! Robin

Cupid was AMAZING !! Not knowing exactly what to expect, I was pleasantly surprised with our Cupid Character. Professionally, funny, just a bit shocking, and talented are just a few descriptions I can think of. He was on time (as promised) and all- in- all perfect!! Many guests asked me about how I found him. I have a feeling he'll be baaaack.

Thank you so much Cathy! I will pass your review onto him as well. Robin

Thank you again - "Elvis made the occasion very memorable

Thank you so much for the review, Carol. Robin

On Time and was very polished and looked and acted like Marilyn Monroe!

Thank you so much. I'm so glad you liked her. Robin 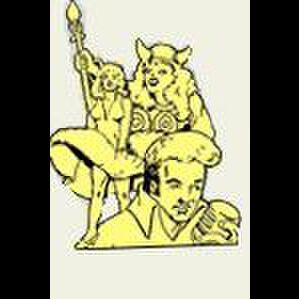