After Midnight was absolutely fantastic from the start. Roger, the main contact, was extremely friendly, responsive, and easy to work with. The night of the event the band arrived exactly when they said they would and played the five different songs we had requested (three of which were in their regular repertoire, two not) flawlessly. The rest of the music they selected for the evening was great and appropriate for our crowd. We had planned to leave our wedding half an hour before the end of our event, but were having so much fun dancing that we stayed until the last song. Friends and relatives are still raving about After Midnight’s performance three weeks later.

Thanks so much Lauren! We wish you and Kyle all the best and hope to see you again soon! Cheers, Roger

We hired this band for a cocktail party and would do it again. They were on time, quick to set up and very personable. Their music is wonderful and really enjoyed working with them. We would recommend them to everyone. Thanks for a fun evening.

After Midnight is an exceptional band. We used them for my father's 90th birthday party and could not have been more pleased. We received compliments on the band even during the party. The general consensus was that most people have not heard a Swing band play this good in years. People were asking for their name at the party. I would definitely recommend them to anyone looking for a swing/big band sound! These guys are truly awesome!!! Plus they were willing to drive all the way from Denver to Albuquerque for the gig. I really love these guys. Karen

Fantastic band! The music they played was exactly what we were looking for when hiring them for our Daddy Daughter Dance. They are outstanding performers and musicians and I can't wait to be able to use them again. I highly recommend them!

I still have guests complimenting me for having this band play at our wedding. They loved hearing live jazz music to listen to during dinner! The band was so accommodating to my requests for songs, I had them play at two different locations during the evening at the venue and the were very accommodating for that request as well. They were so lovely to work with. They were very friendly. Any request or question I had, they got back to me very quickly. Their performance was great and I was so happy with how it all turned out. I definitely recommend them!

I give my highest recommendation to After Midnight. They provided exactly what I needed for a very special event. They understood the requirements of my event (a New Orleans-style funeral with Dixieland music.) They are excellent musicians who play very "tight" together. They arrived early, helped me get things organized and going, and gave and gave music without fail. I have also seen them at a Jazz fesitival, where they made the audience very happy. They play big band and swing music as well as Dixieland and small ensemble pieces. I was very lucky to find After Midnight.

We really liked this band! They were very talented and played a wonderful selection of music for dancing and just listening. All of our guests enjoyed After Midnight as well. We would hire them again and recommend them to anybody. This band was one of the best things about our wedding reception, even though there were a lot of great things about it.

After Midnight was a wonderful band for our wedding reception! We had so many compliments for our band choice! I would recommend them to anyone!

They were fantastic!! Roger and his band provided the perfect ambiance for our fundraiser. People were raving about how wonderful it was. We could not have been more pleased with this band! Thanks!!

Incredible! After Midnight played at our wedding reception and they gave us the time of our life. Wonderful music, we knew that before by listening to their CD, but incredible kindness all along the evening and before. We asked them to learn 2 songs that meant a lot to us and they did and played them wonderfully!Instrumental music during dinner was great (How much we enjoyed the clarinette, Roger!) and Reka's voice after dinner was magical! The only regret : Despite their name and because of our venue, they couldn't play after midnight where as everybody was ready to dance until exhaustion. Two words to sum it up: HIRE THEM!!!

Our guests loved the music.

We got rave reviews from members of our dinner/dance club.

They turned our Banquet Dinner into a fantabulous night. Thank You! The Energy Battery Group, Inc

they were great to work with and friendly, very accommodating and really fun to listen to. Great talent!! thanks guys! We'll definitely keep you in mind for future events!

Even thought they didn't get to play the full 2 hours that we had booked them for, I thought they did a fabulous job. The music fit the style and theme of our wedding perfectly. After Midnight was a wonderful addition to our vintage 1920's - Great Gatsby wedding. I would highly recommend After Midnight to anyone for any occasion. Fun, fun, fun! 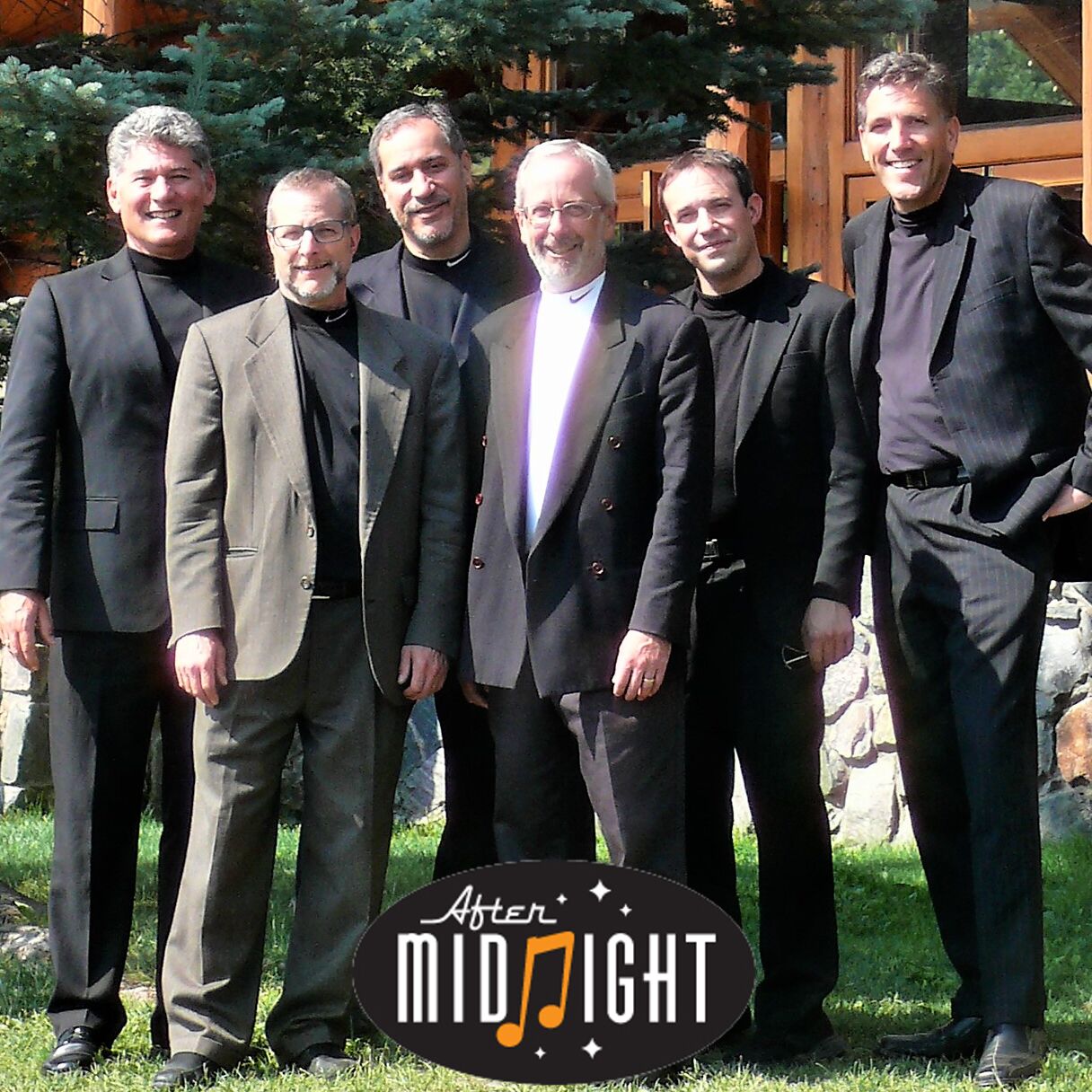