Cover Band from Tacoma, WA - Will travel up to 100 miles
5
11 VERIFIED BOOKINGS
MEMBER SINCE 2018
ACCEPTS ONLINE PAYMENTS
BOOKED 6 days ago
$500 - $5000 per event
ACCEPTS ONLINE PAYMENTS
VIRTUAL SERVICES OFFERED
FuzeBoxx is an OUTSTANDING, 4-piece CLASSIC ROCK AND ROLL, all LIVE Cover Band. The FuzeBoxx sweet spot is from the 60's, 70's, 80's, 90's. And, they perform these tunes like NO OTHER band in the Pacific Northwest…With GREAT attention to the original arrangement and HARMONIES. Hear them one time and you WILL agree.

WANT TO DANCE? FuzeBoxx has pulled together some of the BEST if not THE BEST DANCE TUNES from the enormous list of classic rock tunes. They will provide you with great musical choices that will make you want to jump up and dance and maybe not sit back down. REALLY!! I am not kidding!!!

WANT A LITTLE MIX OF MUSIC? FuzeBoxx is pleased to offer a FULL SPECTRUM of songs for your event. They can include many tunes outside of the Classic Rock genre into your set list--slow dance tunes, country, blues, and numerous pop songs. This ability to MIX IT UP allows FuzeBoxx to make all your guests happy, which can be a challenge when they range in age from 12 to 99 years of age!!!

THEY'RE NEW TO GIGMASTERS BUT NOT new to performing! The musicians have been performing in the Puget Sound region for over 30 years EACH in various bands. FuzeBoxx formed about two years ago. And what a “Fusion” of talent they are!!! Their mission was to be DIFFERENT than every other classic rock groups out there performing. To that end, they chose the BEST dance tunes out there from the Classic Rock genre and MASTERED THEM ALL. (They are all perfectionists…)

WANT TO SAMPLE THEIR SOUND? No problem. We have loaded a sampler brief audio of 25 songs.

WHAT DO THEIR CUSTOMERS SAY? Dale C. sums it up with the comments below.
“If you book this band you will not be disappointed.”
“Many of the guests came up to me to complement the choice of the band and the quality of music that they played. “
“To date they are the best musicians that we've used. “
“The band was accommodating with requests and could play whatever was requested. “
“We will look to booking them again next year. “

WHAT EQUIPMENT DOES FUZEBOXX PROVIDE / NEED? They are fully equipped with a PA system, monitors, power cords, and lights. They will need appropriate power available, “stage-like” area, and cover if outdoors.

THEY ARE AN ORIGINAL BAND TOO. They can perform an ALL original set list depending on your venue and audience. Their ORIGINAL MUSIC is a “Fuzed” combination of sounds from the past and the present, of talents and backgrounds, and of diverse beginnings. FuzeBoxx music style pulls from eighties Rock and Roll and meshes it with Pop, Blues, and Alternative. They enhance that with brilliantly crafted drum and keyboard accompaniment. But what truly sets FuzeBoxx apart is their attention to seamless, multi-part harmonies often highlighted with a female vocalist.

JUST SAY YES. Do you want great, danceable Classic Rock? Do you want a REALLY great sound that will not disappoint? Do you have some “special request” songs or want a say in your set list of songs. Answer YES to any of these questions and FuzeBoxx is THE BAND FOR YOU!

BAND MEMBER BIOS! Want to know more about the individual band members. Read on.
Steve Senna (lead guitar/songwriter/vocals), originally from Las Vegas, Nevada, has performed with many local Tacoma bands, most recently the Soul Spiders and The Avengers UK.
Ron Kinscherf (vocals/base/songwriter), originally from Wenatchee, Washington, is probably the most experienced member of the band. At the young age of 15 Ron was playing and touring with the band “The Chargers” who released a single which made it to #2 on AM radio KMEL in eastern Washington. Since then Ron has played and recorded CDs with several bands including Compulsive Behavior (which released a 10 song CD of original songs), Kicker, Prowler, and most recently “Thoze Guyzz”.
Scott Nordell (drums), originally from Colorado, started playing drums at around age 3, and moved to California in 1977 where his professional drumming career began. Over the years, Scott has played hundreds of gigs from Santa Barbara to San Diego to Palm Springs, and got to play with some exceptional people.
Steve Gray (keyboard/vocals/guitar) joined the Tacoma band “The Strut Brothers” in 1990, and played with them for 15 years. Gray started jamming with local bands about 3 years ago until joining FuzeBoxx. His biggest musical inspiration comes from the “Beatles, Eagles, and Elton John.”

This band is everything we hoped for and MORE! The band is tight, professional, fun, accommodating and they rock! Several professional musicians at our wedding and they were blown away. We love them so much - and made great instant friends with the whole band. We are looking forward to seeing them perform this Saturday at Rock the Dock!!! A True PNW Gem. Don't hesitate to book this band if you want to encourage wanton acts of dancing at your event. Five stars doesn't cut it. The range in vocals is really special with each member of the band carrying the tune across a range of songs. Their repertoire is expansive and they literally do it ALL really well.

FuzeBoxx was excellent. The guest attending have raved about them and are asking to bring them back in the future. 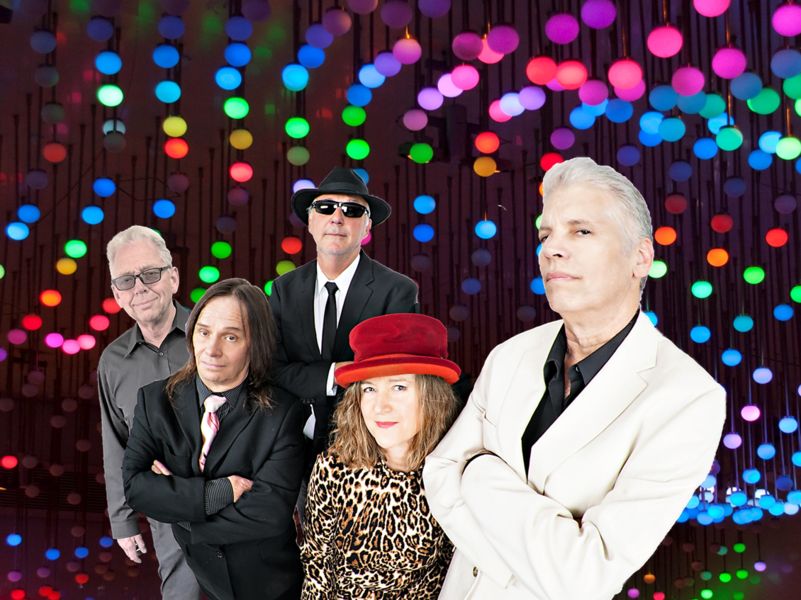 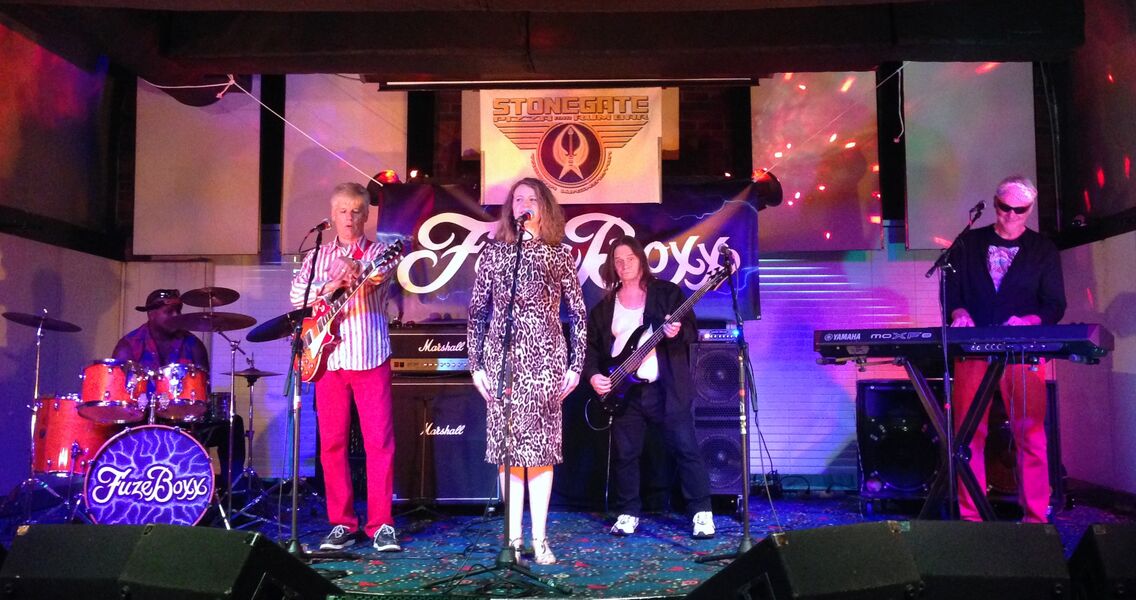 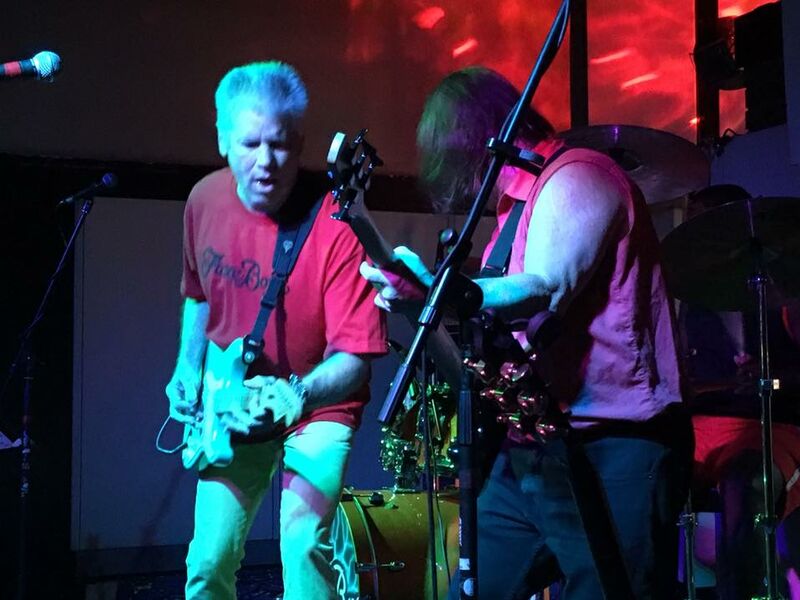 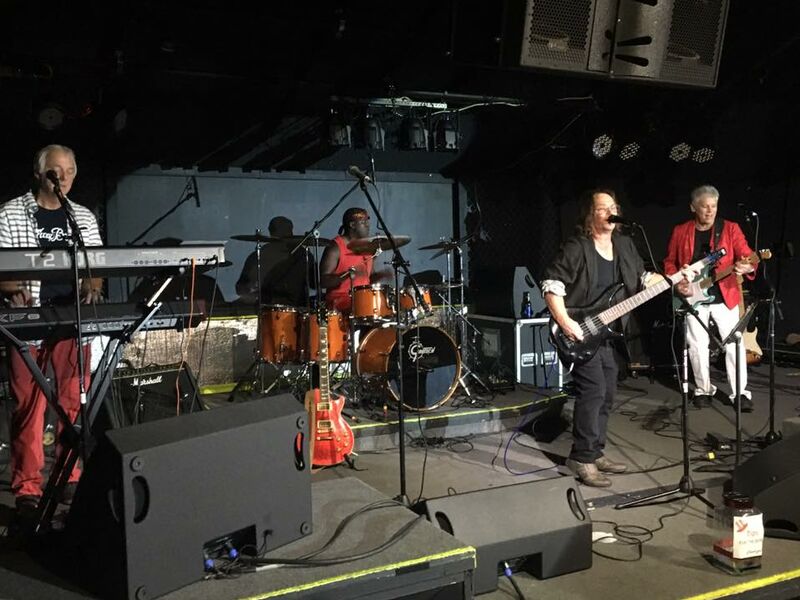 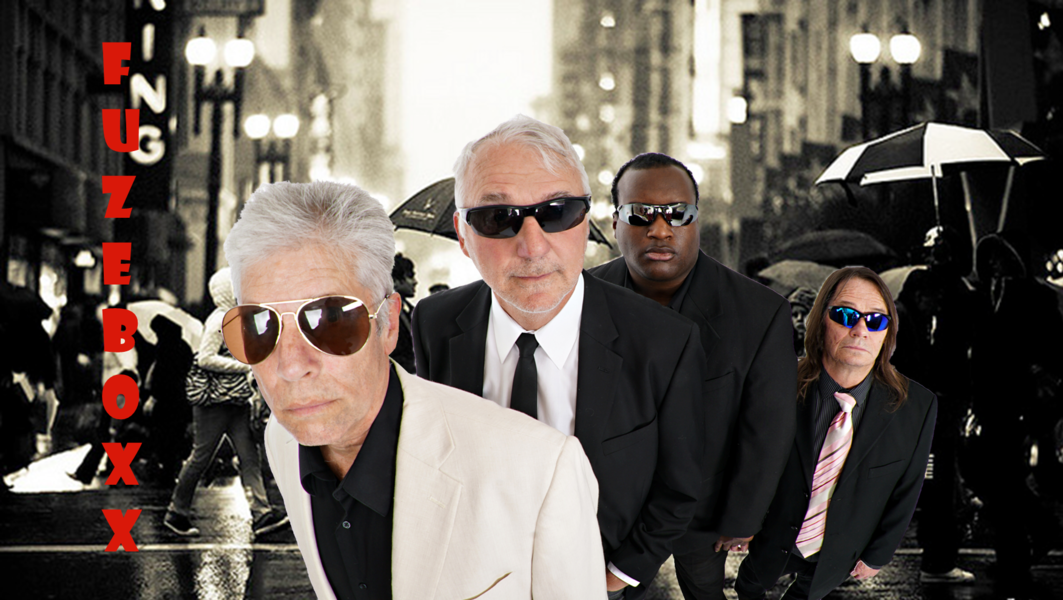 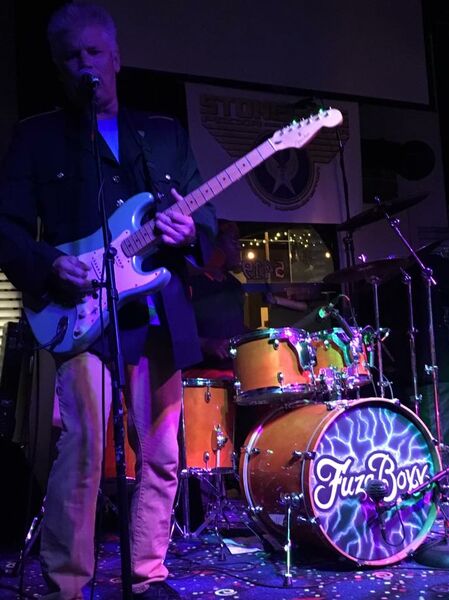 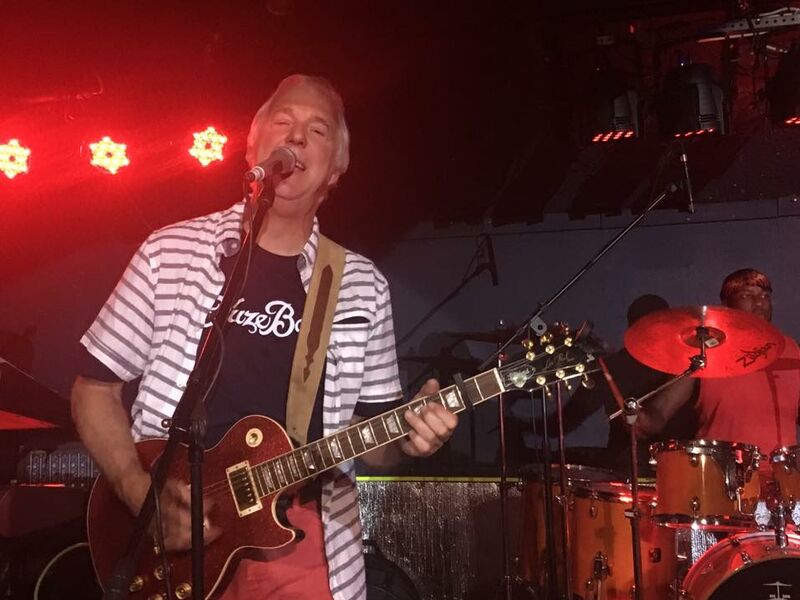 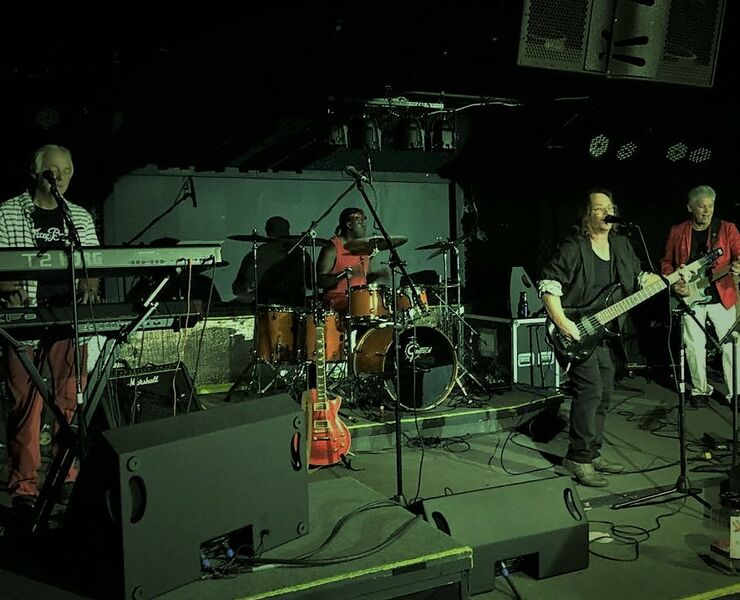 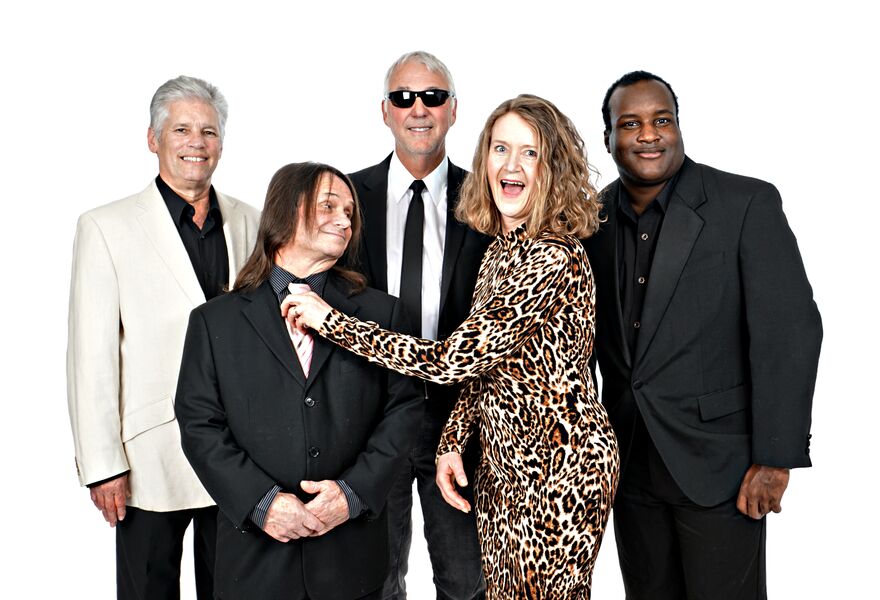 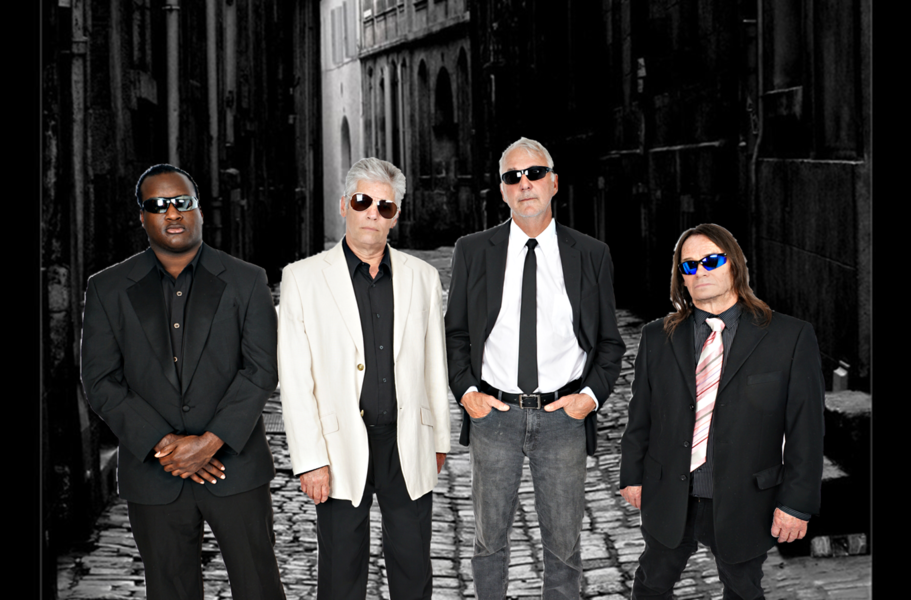 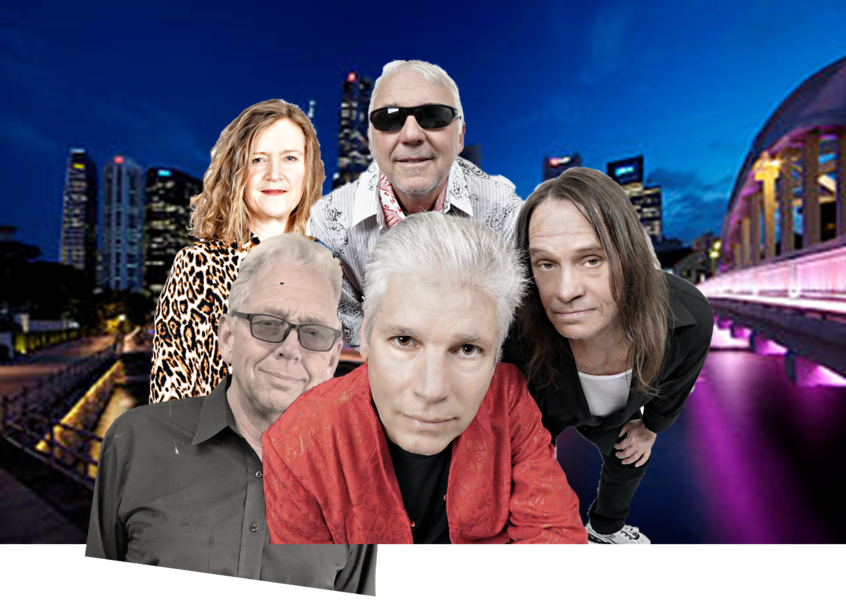