An Easy Guide to Hosting a Hanukkah Party

Get your host hat on. It's holiday season.

The first step to hosting a Hanukkah party is to pick a spelling! Just kidding, but if you aren't very familiar with the Jewish holiday, the multiple spellings of the name can certainly make throwing a Hanukkah party even more intimidating than it already is. That's why we have this easy guide.

The focus of any good Hanukkah party is the food, and the star of the show is the latkes, or potato pancakes. Latkes are best served hot, so you’ll probably want to heat them up during the party. While cooking the latkes, make sure to keep an eye on the pan since you’ll be frying the dish in a lot of oil. You won’t want to leave an open flame plus hot, splattering oil unattended, so instead of cooking alone, bring the party to the kitchen. Turn on some holiday music like Adam Sandler's Hanukkah Song and "I Had a Little Dreidel," or hire a string quartet, klezmer band, solo violinist or accordion player to put you in the Old World mood. Organize a platter of appetizers and arrange a drink station in the kitchen.

Rather than serving a large sit-down meal, prepare a buffet table ahead of time, and ask a friend to fill the station with fresh latkes once you’ve finished cooking each round. Set up a display of toppings at the buffet table so everyone can customize their own dish. You can serve traditional toppings like sour cream and apple sauce, and you can also experiment with jams, chutneys and even caviar.

If you’d rather prepare a healthier version of the latkes, try sweet potato or carrot latkes. Or, you can serve the latkes with a salad or another fresh vegetable side to soak up some of the grease. Instead of frying the latkes, you can make them healthier by baking them for a low-fat alternative. Baking the latkes will free up your time, so you can pop the pan in the oven and spend the evening chatting with guests and attending to other party details. 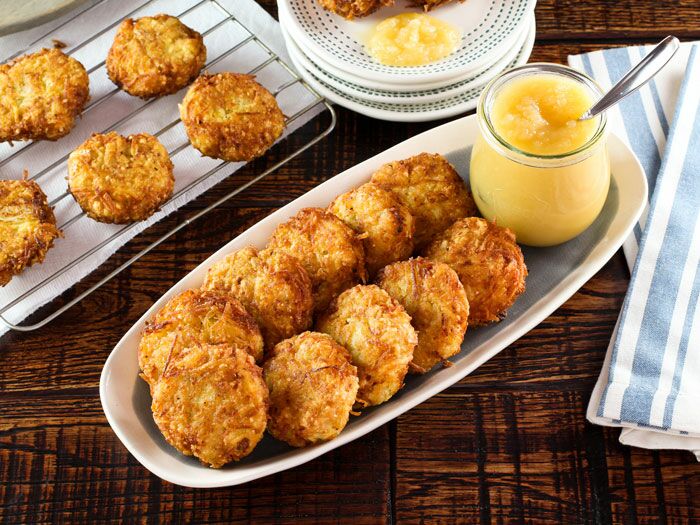 The traditional Hanukkah desert is sufganiyot, or donuts. Big surprise: It’s also fried in oil. (Hanukkah is a holiday that's all about the oil.) You can pair this tasty dessert with sugar cookies in Hanukkah shapes like stars and dreidels. 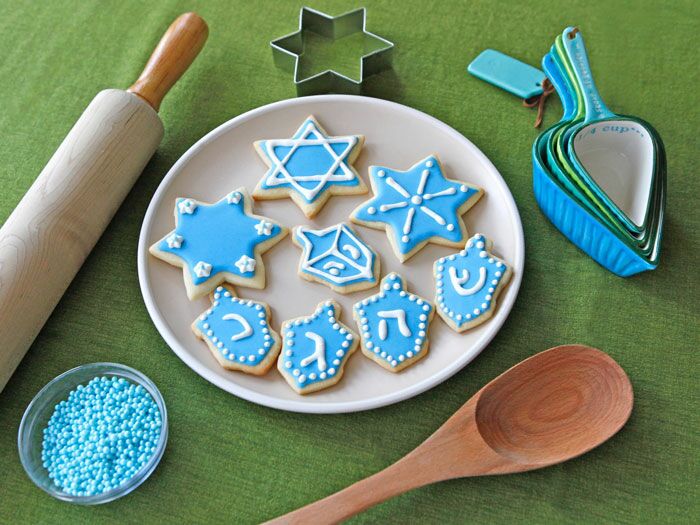 After everyone has eaten, a round or two of dreidel is a must. You can find instructions here. Any number of people can play at once, but you may want to divide the crowd into two or three different groups. You’ll also want to have pennies or a sweet treat like M&Ms on hand for the game.

Hanukkah is a gift-giving occasion, but buying presents for each person can be difficult if you’re celebrating with a large group. Opt for a small goodie bag with a dreidel and gelt for everyone to bring home.